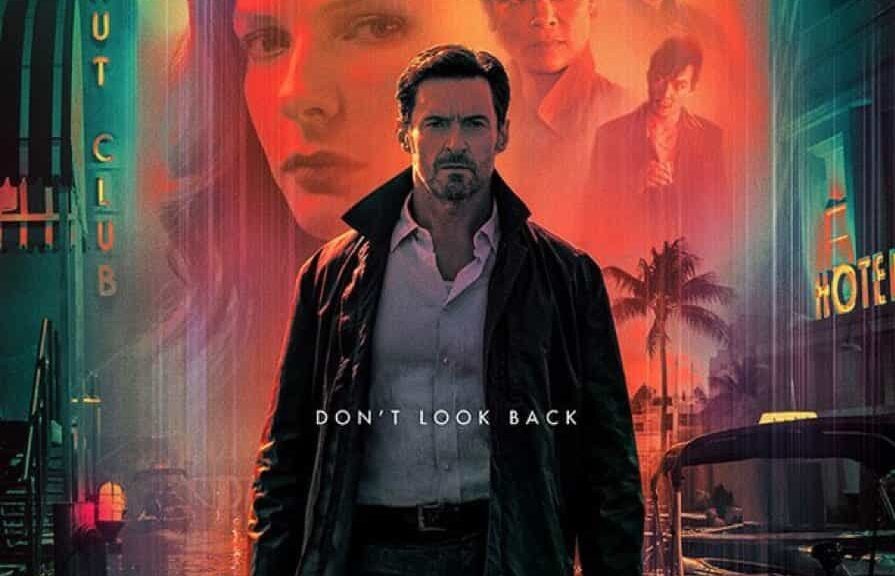 Reminiscence seemed like exactly my kind of thing — drama, love story, sci-fi — it’s all there. Even just watching the trailer, I could tell it took after one of the most interesting films ever: Blade Runner. Reminiscence might be interesting, but for all the wrong reasons.

Spoilers for Reminiscence below, final warning!

Reminiscence follows a man named Nick (Hugh Jackman), who works at a place with the same title: Reminiscence. It’s a place people go to relive memories, whether it be for pleasure or something as simple as finding your keys. The latter is the case for our mysterious femme fatale, Mae (Rebecca Ferguson). She comes in just like any other client but accidentally leaves her earrings. When Nick goes to return them, the two fall madly in love. The film’s story picks up months after their first meeting when Mae has oddly disappeared, and Nick is determined to track her down. With the help of his local police department and his partner Watts (Thandiwe Newton), Nick begins to crack the case and uncovers a web of lies in the process.

Some people say that the hardest thing to do is write a good ending. Reminiscence proves that that’s not the case for everyone and waits for the very end of the film to knock you out of the water. But the mixed nature of “gross context” and “emotional poignancy” leaves me confused — with too many thoughts but nothing substantial to unpack.

Before I get to the major stuff, I want to mention a couple of smaller grievances; the narration and the pacing of dialogue in some scenes. The first act of the film is truly the hardest and most disorienting to watch. The film attempts to take a shortcut via Hugh Jackman’s narration but somehow manages to waste all those lines by saying nothing of worth and only accomplishing the feat of distracting us from some far more interesting ambiance shots of the cityscape.

Someone else kind of annoying the 1st act struggles with is the pacing of dialogue scenes. They never give the lines time to breathe or create any kind of impact on the viewer. The quick inorganic succession of the lines makes it feel closer to that of a table reading rehearsal than an actual conversation between people. It really prevents me from being able to connect to certain characters when I don’t feel like they are real people.

The movie also takes multiple attempts to address the subject of addiction. While nearly everyone in the film is shown to be addicted to something — drugs, sex, alcohol — in the case of our main character Nick, he’s addicted to the titular “reminiscence.” The reminiscence is a tool that allows people to relive their memories as if they were really happening. For Nick, he uses it to relive memories of his mysteriously disappeared love, Mae.

However, because of an ending that (if following the metaphor) has Nick succumb to his addiction to the reminiscence and Mae, the addiction metaphor is scrapped pretty quickly and our main character is left incredibly hollow. In the end, his job is to be nothing more than a stand-in for the audience. We also fall in love with Mae and strive for the mystery of her disappearance to be solved, so that’s all Nick’s characteristics boil down to.

But, Nick and Mae’s relationship is truly where the film shines, allowing for great scenes of chemistry and great displays of acting talent. With Hugh Jackman and Rebecca Ferguson, previously co-stars on The Greatest Showman, the film is lacking neither film nor talent. Their relationship is the great frame and foundation of the house that is this film, but those things are hard to appreciate with gross wallpaper and ugly furniture all over the place.

While that metaphor got away from me, the point still stands. Mae and Nick ARE great, but their greatness is bogged down by so many awful missteps that the film takes. Sure the narration is annoying, the pacing is occasionally weird, and the villain is one-dimensional, but the true enemy of this film is the editing.

The editing gets in the way of a lot, but most egregiously, the editing makes the entire film confusing. Because of the way it’s edited, I wasn’t always certain what was supposed to be a memory and what isn’t. So instead of being invested in the story and trying to solve the mystery, I spend 75% of the film trying to discern where we are in the story.

By the time I catch up, Jackman wakes up from another memory and I’ve been left in the dust once again. It’s like the film is dying to be intelligent and vague, but instead, it revels in the ability to drag the audience along by their hair and keep them in the dark. It’s exhausting.

The ending of Reminiscence might be the perfect representation of the film as a whole. I already mentioned the gross context surrounding Nick’s fate in the film, but I haven’t yet talked about the other side of that coin. Once again, the relationship of Nick and Mae salvage what little patience for the film that I have left and leaves me with a warm heart and broad smile.

You see, earlier on in the movie, we get a montage of Nick and Mae that eventually climaxes with the following exchange: Mae asks Nick to tell her a happy story, to which Nick cynically responds “there are no happy endings, only sad stories with happy middles.” If nothing else, it’s an exchange that paints a picture of the two people’s personalities. However, right before the credits roll, with an aged Thandiwe Newton hovering over an aged and still reminiscing Nick, he relives that moment once more. The movie acknowledges that the ending is sad, but it pleasantly harkens back to the best part of the film (their relationship) and it definitely adds a layer of self-awareness that I really appreciate.

It feels so satisfying and so purposeful. It affected me a lot more than I thought it would and felt like it made the rest of the film so much better in the process. But, the addition of the aged characters is SO WEIRD and out of place. This perfectly represents my experience with the film. I love the neo-noir, the commitment to the melodrama, the writing overall — but for everything I love there is something that tries to get in the way of that enjoyment.

I definitely wanted to love this movie, and I’m certainly not done with it. I’m going to rewatch it soon and hopefully, I’ll be able to enjoy it more then. But in the meantime, you can give it a shot. There might be something in there that you really enjoy.

Reminiscence is currently available in theaters and on HBO Max.