The Pokémon series is a beloved franchise that has been at its peak for more than 25 years, and it doesn’t look like it’s slowing down anytime soon. With the new release of Pokémon Scarlet & Violet, the latest generation of games in the series, I present my ranking of the Pokémon games, sorted by generations and ranked from worst to best.

Pokémon Sword & Shield introduces players to the Galar region, a new area of the Pokémon world to explore. Like every generation of Pokémon games, Sword & Shield tell the same story, with a few differences, such as game specific Pokémon to catch in the wild, different bosses, and exclusive legendary Pokémon to capture at the end (Zacian and Zamazenta).

Sword & Shield are good games, but even with the new additions to the world, I become bored very quickly with the Galar region. The only saving grace is the DLC, “Crown Tundra,“ where a legendary Pokémon hunting ground is unlocked.

Pokémon Legends: Arceus is by far the most unique game in the franchise, but its form, story progression, and open world aren’t great. It is a prequel to Diamond and Pearl (Generation 4) and is set in the Sinnoh region. If you want to play a 3D Pokémon game where you can easily fly, surf on water, or climb mountains with your Pokémon, then this is the game. Although it’s a separate title and technically part of the Sinnoh region of Generation 4, I’m including it here because it was released as an original title during generation 8.

Pokémon Diamond & Pearl are two fantastic games in the series, that reignited the passion of the franchise, and also launched around the excellent adaptation Pokémon the series: Diamond and Pearl, which paralleled the games rather faithfully. In this generation, players travel the Sinnoh region, traversing snow-covered mountains where different types of Pokémon live, as well as many other contrasting locations that are unique in their own way.

The Platinum version differs slightly from the above version. It has only minor visual changes to some locations, introduces two new characters, and allows you to catch not only Giratina, but also the other two legendary Pokémon from Diamond & Pearl, not just the game-specific one.

As for Pokémon Brilliant Diamond & Shining Pearl, I was very disappointed playing them. They are just remastered Diamond & Pearl, however, are a little worse than the originals. The characters, instead of being 3D like in X & Y or Sun & Moon, were chubby and unfocused. The only positive thing introduced in Brilliant Diamond & Shining Pearl is the Grand Underground, which allows you to explore more areas and even check out Pokémon Hideaways. However, the game offers nothing else special.

Pokémon Red & Blue are absolute classics and fan favorites, yet playing them in 2022 is very annoying and difficult, so there’s not much to say about them. Remasters called Pokémon Fire Red & Leaf Green provides a nice new welcome message, great Pokémon models, and a well-written story. It’s just a normal Pokémon game with no enhancements like newer games, which is great when you want a classic Pokémon experience.

If you want some alternatives, Pokémon Yellow, tells Ash Ketchum’s story and runs parallel to the other games in generation 1. The game forces you to get Pikachu as a starter Pokémon and experience events in exactly the same way as in the television series from the late 90s. This version also allows Pikachu to follow behind your character through the game, which the others did not allow.

If you’re wondering why this generation is so low in my ranking, it’s because of Pokémon Let’s Go, Pikachu & Let’s Go Eevee, which are not games for me. In these games, your starter Pokémon is based on which version you’re playing, and you catch only Pokémon without fighting them. Although you can still fight trainers. It’s reminiscent of a Pokémon Go experience, which I’m not a fan of.

Generation 6 was the first to introduce players to gameplay with 3D graphics. Players could customize their character more and explore some areas easier, which was useful in avoiding some random trainers. In addition, a new feature available in the game is Mega Evolution, which game some fully evolved Pokémon an extra boost and a new appearance, with some Pokémon having more than one possible Mega Form.

The 3D effects provide a better immersion to the Pokémon experience. This generation also allows you to play through some of the famous stories from the Pokémon television series. There are solid games that certainly allow you to feel like a trainer in a much more suitable environment.

Pokémon Sun & Moon was a big improvement over Pokémon X & Y, with more chibi-styled models, unique regional versions of previously known Pokémon, unique dual Pokémon types, and very powerful new Z-Moves. Sun & Moon are different in their own ways, but perhaps the most unique difference is that the story of Pokémon Sun happens only during the day and Pokémon Moon only at night.

Mega Evolutions also returns in this game along with the ability to transfer our Pokémon from the X & Y and Omega Ruby & Alpha Sapphire games to this. This time the story takes us to a group of tropical islands located in the Hawaiian-inspired Alola region.

I had a chance to play a bit of this generation recently and I liked it. Compared to my Top 3 it performed very well, but I feel that there were many things that could be improved on.

The Pokémon games in the Gold & Silver series were the first Pokémon games released on the Game Boy Color. HeartGold & SoulSilver are remastering of these games that add a bit to the storyline. This generation of Pokémon games takes place in the Johto and Kanto regions known from Pokémon: The Series.

Throughout the game, players battle the evil Team Rocket and other Pokémon Trainers who try to defeat them on their journey to becoming Pokémon Master. The story in these games is very interesting but forgetting what happens when play is discontinued for a short period of time can happen. However, these are still well-made titles in the franchise, which provide many different choices in the story and are overall fun to play.

Like the TV series, Black & White was a sort of new beginning for Pokémon games, as it revamped the UI and animations to more closely match the modern look, of 2011 Nintendo games. A real-time day and night cycle along a seasonal cycle is utilized, with some Pokémon changing their appearances as a result. The battles are fully animated and have unique camera movements, which changed the way battling looked significantly.

The plots of this generation of games are intertwined, with us playing a character from the Unova region in Pokémon Black & White who is tasked with becoming a great trainer and defeating the evil Team Plasma. Black 2 & White 2 is set 2 years after the events of the previous game, with new locations that weren’t available to us previously. They’re vastly different from each other, which helps playability and enjoyment a lot.

The Black & White series was the first Pokémon series I’d ever seen, so there’s a lot of nostalgia in me for this region. This generation of Pokémon games is definitely worth your time, however if you had to choose only one generation to play from, I definitely suggest you pick from the following one.

One of the best things that Generation 3 introduced is dual battles and multi battles. This function was supposed to not only give more experience to your Pokémon but also make the experience of being a trainer more challenging. You had to think about your choices a lot more and anticipate all the situations that could occur if you or your partner made a wrong move. The story’s set in the Hoenn region, where, just like in the series, you can visit all the places that Ash Ketchum discovered during his journey as a trainer.

Pokémon Omega Ruby & Alpha Sapphire are remakes that featured many changes, the most important being the use of TMs, Mega Evolutions from Pokémon X & Y/Sun & Moon, and encountering Pokémon that could not be found in previous versions.

Pokémon Emerald is the third title in generation 3, which is not only my favorite game but many fans’ favorite as well. This version allows you to catch more unique Pokémon and also fan-favorite Legendary Pokémon Rayquaza.

Generation 3 is by far my favorite generation of Pokémon games. I have many memories when it comes to playing these games when I was younger and the fun I had exploring them. When I had the opportunity to play the new Tomb Raider game or The Witcher 3: Wild Hunt, I would choose to play Pokémon Emerald or Pokémon Ruby.

Pokémon Scarlet and Violet are available now! What is your favorite Pokémon generation? Let us know on our Twitter and social media. And if you haven’t already, check out Anthony Flagg’s article about how it’s the perfect time for a Pokémon reboot!

A Poké Perfect Time for a Reboot 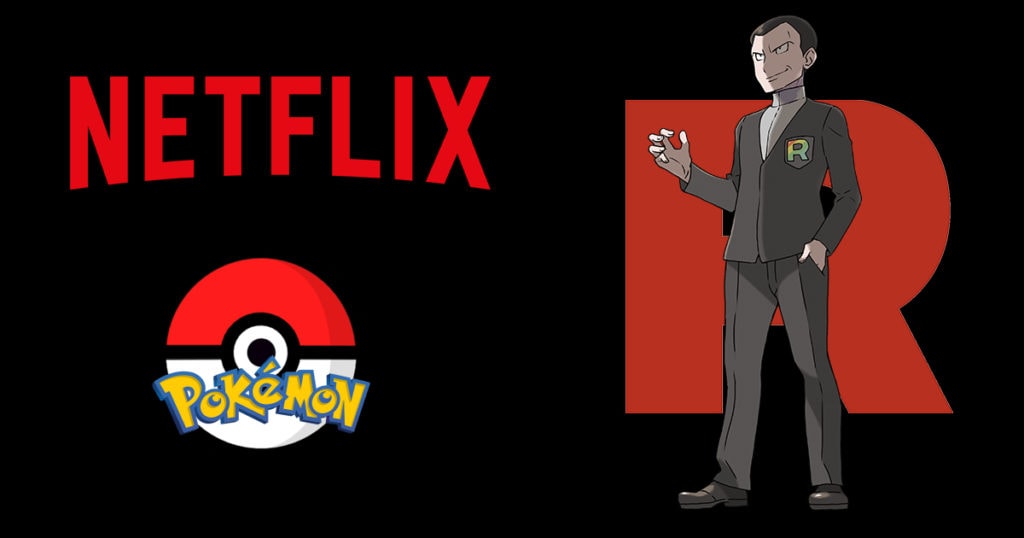