Ranking the 5 most important MCU films 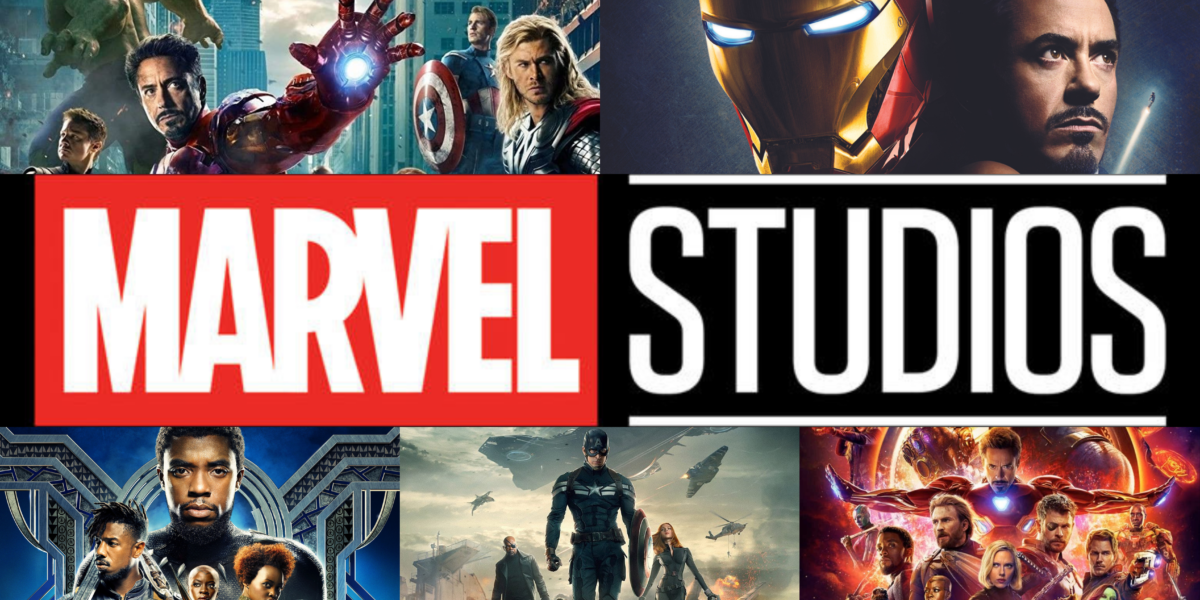 Ranking the 5 most important MCU films

To me, there are five Marvel movies that are the most crucial to the success of the entire MCU, even though every movie has played a role in the success of the franchise (whether it be through critical reception, public reception, or storytelling). Today I’ll be discussing my top five movies I believe defined the MCU’s success critically and publicly as well as how they all played a part in setting the ground for the second highest-grossing film of all time, Avengers: Endgame.

Avengers: Infinity War is one of the top five most important films in the MCU’s history for a few reasons. It’s the first Marvel film to gross two billion dollars globally and is one of only five films ever to do so. Critically, the film was received extremely well for a movie that took so many huge swings. The film currently holds an 85% on Rotten Tomato’s Tomatometer, which is the overall score for all critic reviews. The audience score, which is the public score, boasts a 91% rating. Besides all the ratings, Avengers: Infinity War is one of the most talked-about movies of all time on social media. To this day, I still see countless Thanos memes and memes about the infamous snap, which leads me to my next point. The snap has become one of the most memorable moments in movie history. Some would argue that Thanos’s snap and Iron Man’s snap are the two most famous moments from a Marvel movie. Not only that, the film set the stage for Marvel’s grand finale, Avengers: Endgame. Tie all those factors together and you have an iconic film that played a major role in sending the MCU to the next level. 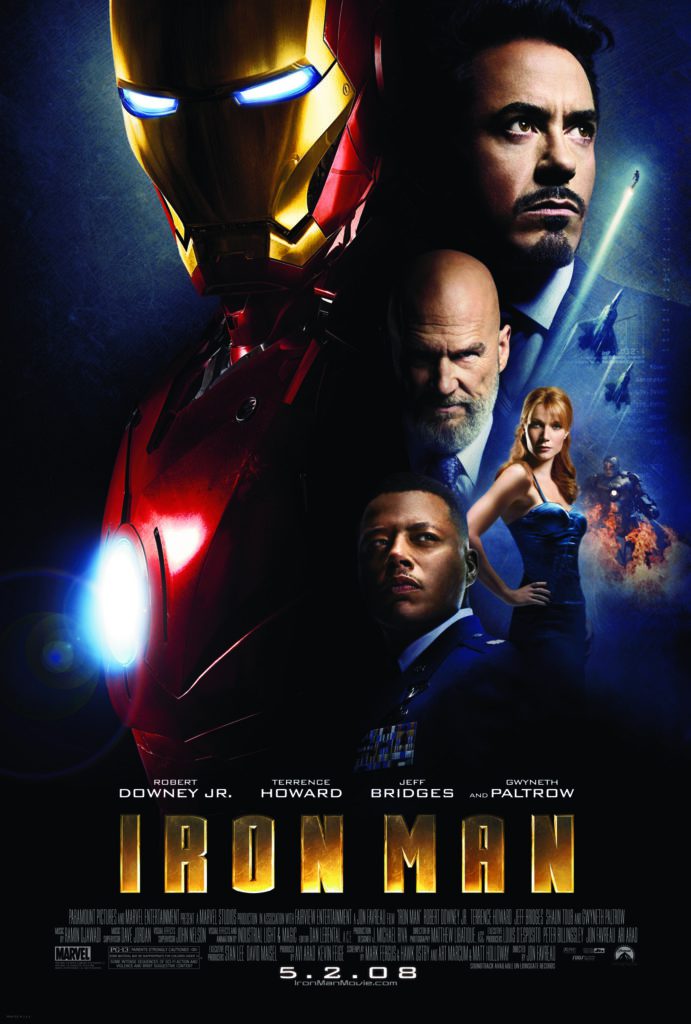 Next, we go back to where it all started with Iron Man. The first film in the long-standing MCU saga, which essentially birthed a universe, as The Watcher would say. While some stories may have taken place before Iron Man inside of the MCU, the film was our first taste of what would go on to become the largest cinematic universe of all time. Currently, Iron Man holds a 94% on the Rotten Tomatoes Tomatometer and a 91% on the audience score. Scores aside, the film spoke for itself, it was truly a cultural moment and redefined superhero movies. It showed that you could take a C-list character and turn their film into a pop culture hit. It spawned Marvel’s ability to do whatever they wanted with the movies they made. It was also the first introduction to post-credit scenes. The first time you saw the credits finish and heard Samuel L. Jackson’s Nick Fury say “Mr. Stark, you’ve become a part of a bigger universe, you just don’t know it yet” was a moment that sent chills down any Marvel fan’s spine. There’s no way Iron Man wasn’t making this list, the movie truly defined what the MCU would become.

At my number three spot, Captain America: The Winter Soldier joins the top five list as the first genre-bending film for Marvel Studios. The film holds a 90% critical score and a 92% audience score on Rotten Tomatoes. The film saw Marvel’s first attempt at doing a not-so-cliche superhero film that bends the genre to include espionage and conspiracy theories. It was essentially their attempt at making a Bond-esque film, and they hit it right on the nose with critics and fans. This is the film I believe leads general audiences to take Marvel films seriously. It also shows Marvel Studios that they could attempt any genre they wanted, they had the perfect formula right in the palm of their hand. I’ll admit back in 2014, I was uneducated on classic Marvel comics stories such as the Hydra story that was adapted in the film. At the time I would have considered myself a “general audience” viewer and I walked out of the movie when it finished, rambling about how good it was. I can say from a personal perspective it piqued my interest in Marvel and gave me my love of the Captain America Trilogy. After that, I became a Marvel superfan. I believe this and The Avengers were the two films that brought general audiences into the Marvel fandom.

At the number two spot, I have the cultural phenomenon, Black Panther. The film currently holds the spot for the highest-grossing solo MCU film globally. It also became the first MCU film to open at over two hundred million dollars domestically, on its opening weekend. It currently holds a 96% on Rotten Tomatoes, which is listed as the highest-rated MCU film and also the third highest-rated film of all time on Rotten Tomatoes. Besides the critical and public reviews, Black Panther was a cultural reset in terms of film. It was Marvel Studios’ first film with an African-American director and predominantly African-American cast.

It was also the MCU’s first film lead by an African-American actor, Chadwick Boseman. It took a deep dive into true African culture while also holding on to that classic MCU movie feeling. It was one of Marvel’s first films to address social justice issues and showed filmmakers all over the country that even the largest film franchise wasn’t afraid to discuss sensitive topics. It paved the way for MCU films/tv shows like Shang-Chi and the Legend of the Ten Rings, Ms. Marvel, Echo, Ironheart, and all other upcoming POC lead projects. The film was also released just before the Black Panther included film, Avengers: Infinity War, surely giving it an extra boost at the box office after Black Panther performed incredibly at the box office. Overall it has become clear how this movie is not only one of Marvel’s biggest films of all time, but one of the biggest films of all time. We all can honor the late Chadwick Boseman by recognizing how important of a film this is. 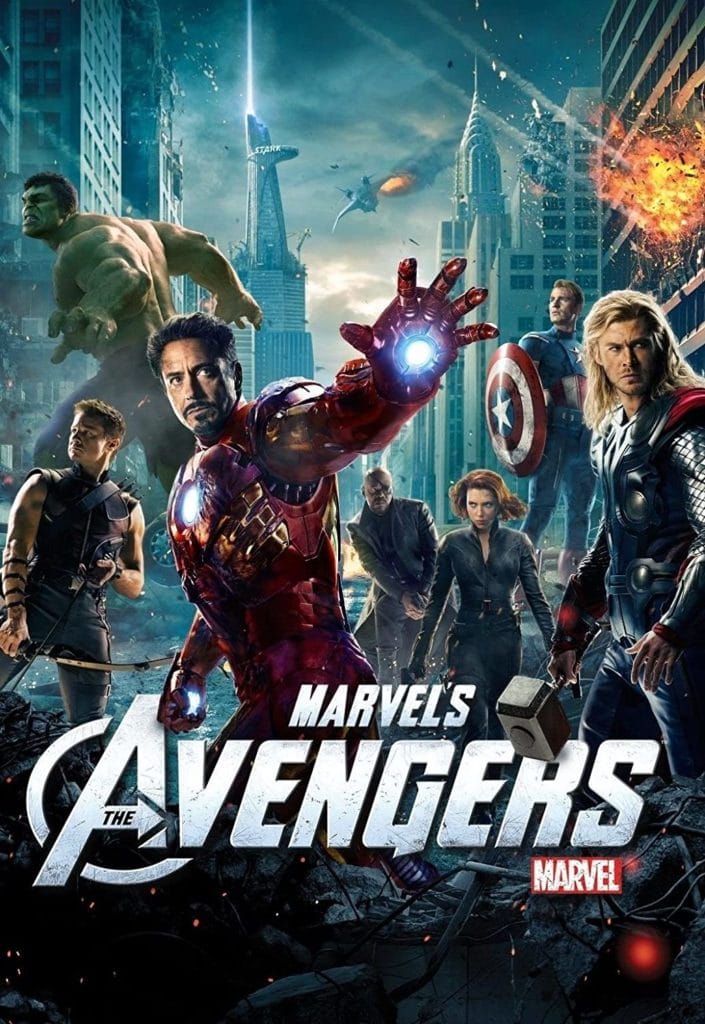 The first and most important on my list is Marvel’s first team-up film, 2012’s The Avengers. The film currently holds both a 91% on the critical and public audience scale on Rotten Tomatoes. At the time of its release in 2012, the film boasted the largest opening weekend of all-time domestically with a $207,438,708 opening. The first Avengers film also marked the first live-action cumulative superhero team-up movie, you could say the X-Men and Fantastic Four franchises are team-up movies, but not in the way that The Avengers was. The film saw a culmination of five different movies, Iron Man, Iron Man 2, The Incredible Hulk, Captain America: The First Avenger, and Thor. Each movie saw an after-credit scene or as it’s called the “post-credit scene”, which has become a staple in every Marvel film besides Avengers: Endgame. The five post-credit scenes from the movies listed all involved the plot of the eventual movie The Avengers, therefore these movies all, in a way, played a part in leading to the eventual culmination film of Phase One.

Why The Avengers is among the top five on this list is due to the public phenomena it became after its release. The movie sparked a trend of team-up films for Marvel and other superhero franchises. Shortly after the first Avengers film, Avengers two was announced and the first DC team-up movie Justice League was in the works likely due to the public and critical success of The Avengers. Not only that, the structure leading up to The Avengers helped Marvel find their perfect formula up to the present day. This film ends up at the number one spot on my list for most important MCU film, as it truly is the definition of what Marvel is, an interconnected cinematic universe.

In my opinion, collectively these five films put together make up what has made the MCU so extremely successful. Avengers: Infinity War was the first time our heroes truly lost. Iron Man was our very first Marvel Cinematic Universe film. Captain America: The Winter Soldier was Marvel’s first attempt at a genre-bending superhero film that included themes of espionage and conspiracy. Black Panther was our first African-American lead MCU film and introduced topics of social justice that have continued to be discussed in multiple Marvel properties. Finally, The Avengers gave us our first-ever grander and epic team-up film and set the tone for the entire Marvel Cinematic Universe.