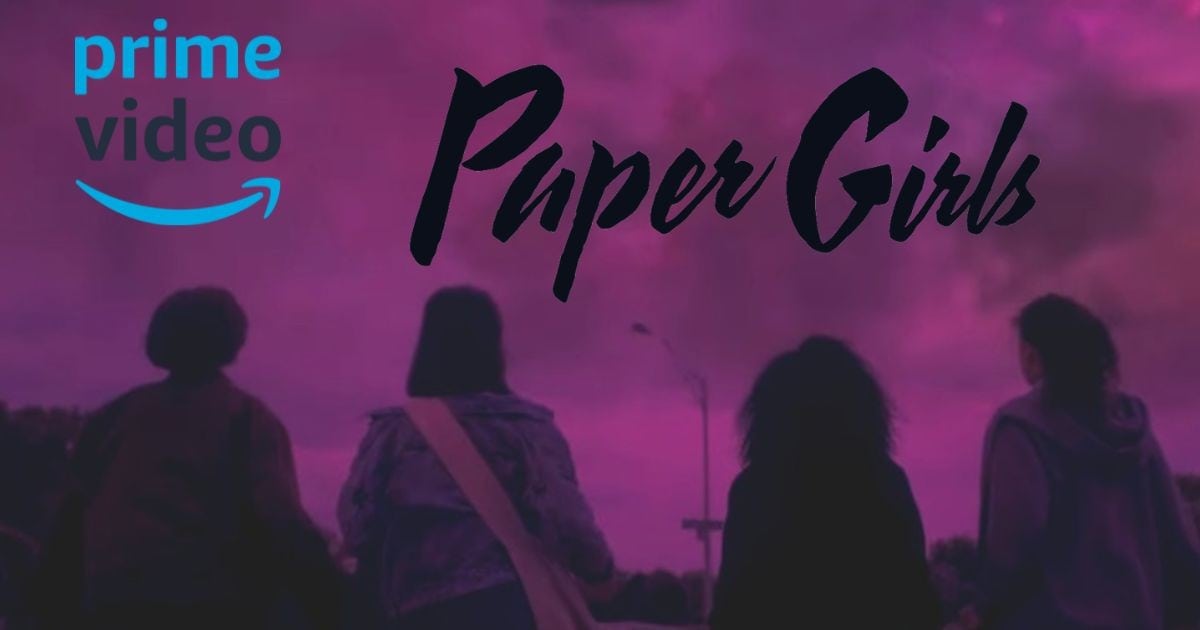 The world-building displayed in this Prime Video adaptation of the 2015 comic book with the same name is too complicated for its own good. But when you squint past the forgettable names for vehicles, weapons, and armies that are of little to no consequence, you’ll find a cast with a big heart, trying to navigate enormous problems and emotional baggage.

[Warning: Spoilers from Prime Video’s Paper Girls are below!]

Stranger times instead of stranger things featured in Paper Girls

The main plot of the series, which is an adaptation of Brian Vaughan’s work, revolves around four young girls who meet each other in 1988 due to their jobs as newspaper delivery people. The protagonist of the story is Erin (Riley Lai Nelet). On her first day of delivering newspapers, she meets Tiff (Camryn Jones), who asks for her help when teenage bullies try to harm KJ (Fina Strazza). During the rescue, they are joined by the always aggressive Mac (Sofia Rosinsky), who consistently has a bad temper, making it harder for her to bond with the other girls.

After something strange turns the sky purple and makes every single person in town disappear, the four main characters are forced to hide in Mac’s house. It is only when the mysterious events in the sky diminish in intensity that they notice they have traveled thirty-one years into the future, effectively trapped in the year 2019.

The revelation sets in when Erin tries to go back to her house to take care of her mother and sister, only to find a scared, older version of herself (Ali Wong). As both versions of Erin try to figure out what is happening, Tiff notices a calendar on the refrigerator door, telling the group where they really are. Or, more precisely, when.

Not only is the element of time travel quickly introduced into the story, but this adventure also puts the girls right in the middle of a war between two armies from two different time periods. They are chasing and fighting each other in an attempt to control the natural order of history.

As it is easy to perceive from this description of the plot, Paper Girls tries to deal with too much for its own good. The time travel rules are not explicitly laid out for this story and the war is not given any good reason to be cared about. As the backstory for this universe turns increasingly complicated, it becomes clear that the performances and characters must become exceptional to avoid losing interest in the show.

Perhaps selecting one single premise to move the story forward would have been extremely helpful in this case. By either choosing the time travel element of meeting the main cast’s older selves or exploring the time war in a more in-depth manner, the series would have given itself more breathing room to focus on what actually matters the most: the character dynamics.

The element which makes Paper Girls easy to recommend is definitely its characters. The cast has plenty of chemistry with each other, and they are all perfectly able to transmit the insecurities each girl has when facing a whole new time period, and everything that comes with it, including culture, technology and not being able to find their friends and family.

A highlight when it comes to performances is Sofia Rosinsky as Mac. Over the course of the show, we get to learn why this character puts up so many barriers around her and tries to lash out at everyone who cares for her. When she travels to the future and finds her (now much older) brother working at a hospital, they begin to develop a bond that arguably becomes the heart and soul of the whole series.

Meanwhile, Erin coming to terms with the fact that her future self is not who she thought she would be is also treated beautifully. Both Wong and Nelet are brilliant at showcasing the same person at different stages of her life.  A beautiful relationship about self-love, learning, and forgiveness begins to unfold every time they share the screen, reminding us that the future is constantly changing, and we can try to shape it in any way we would like.

It can certainly be annoying to navigate a world of science fiction that doesn’t present itself in an easily understandable manner, but for this show, it might be worth a try. The friendships between these four girls that don’t have much in common at first are emotional and wholesome due to the good performances given by the main cast.

The messy lore behind the world where this story takes place is so unfocused that it would make sense if some viewers wouldn’t want to continue after a couple of episodes. But, hopefully, by that point, it is clear that the cast is more than ready to compensate for the flaws of the script.

Paper Girls is a fun coming-of-age story wrapped in a time travel mystery. The performances displayed create a very entertaining story that will quickly make you care about these new characters. With a better science fiction element, this could have been one of the most interesting shows of the summer. Perhaps next time they can get it right.

Paper Girls is now streaming in its entirety exclusively on Prime Video.

If you’ve already watched it, what did you think of Paper Girls? Make sure to let us know on Twitter @MyCosmicCircus and stay tuned for coverage regarding all of your favorite movies, series, and comic books! And if you haven’t already, check out Anthony Flagg’s review of Prime Video’s other hit show!

The Boys with a full season three breakdown!