Possible Characters in Strange Academy Series and a Perez Report 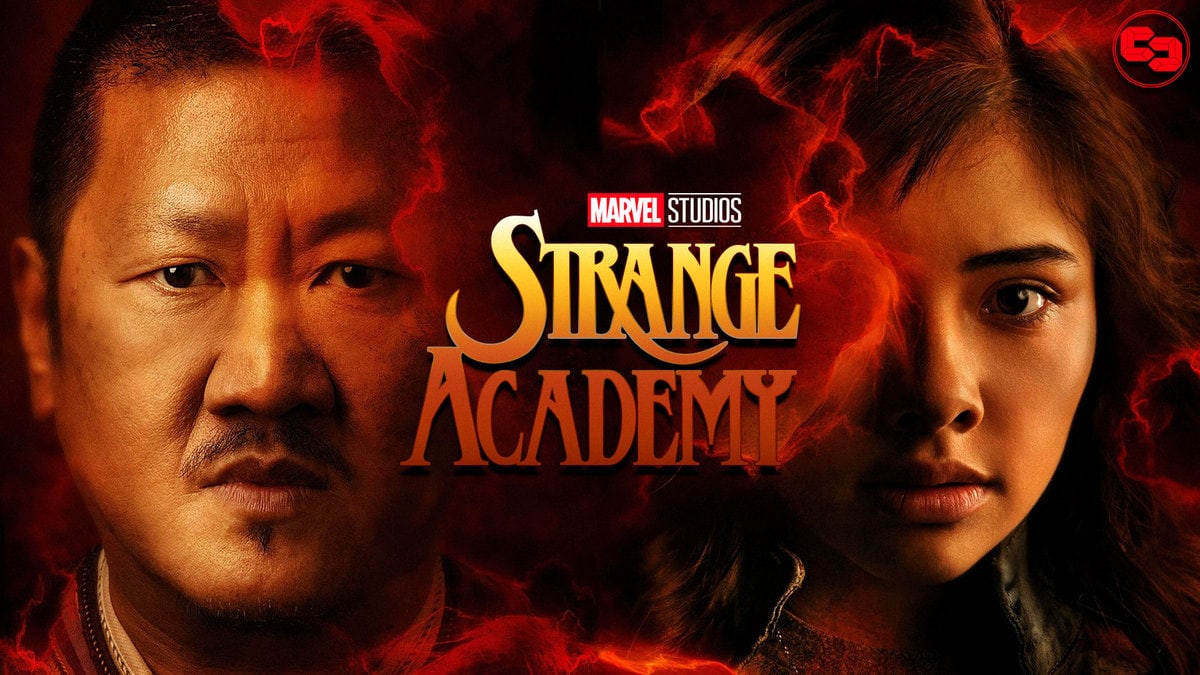 Possible Characters in Strange Academy Series and a Perez Report

Since the conclusion of The Infinity Saga and the explosive first phase of The Multiverse Saga, a larger focus of the Marvel Cinematic Universe has been on magic. Recent rumors have surfaced that point to a new Wong-centric Strange Academy series. Here I’ll explore the possibilities for characters we might see here, and provide some interesting tidbits about the series from our own Alex Perez.

Ramping up the magic in the MCU

Avengers: Age of Ultron arrived in 2015, with the first introduction to magic in the MCU. It wasn’t until a year later, with the arrival of Doctor Strange that audiences got their first real taste of magic and they have been ramping up the magic ever since. In fact, one of the only connective tissues throughout Phase 4 was the expansion and usage of magic. Beginning in WandaVision and across four separate projects, magic has been at the forefront, so it shouldn’t be such a surprise that Marvel Studios wants more of it.

In the most recent Tales From The Mod Queue over at Marvel Studios Spoilers on Reddit (found here), it’s said that a Strange Academy-based show is in the works and that the series would focus on Wong (Benedict Wong) and feature America Chavez.

With all the love Wong has been getting lately, this rumor is especially exciting. But then it got me wondering, what other characters might appear in a Strange Academy series?

A note from Alex Perez on this series

Before we dive into who may appear in this new series, our own Alex Perez has something he asked me to share. These are things that he’s heard from his sources about this series as a whole and its place in the wider MCU.

“Strange Academy is meant to be one of the more important tie-in stories leading into The Kang Dynasty, as it will also tie into multiple aspects of the MCU aside from the supernatural.”

There are some interesting tidbits in what Alex has been hearing, the first being when we might see the series’ arrival. “Leading into The Kang Dynasty” is perhaps the biggest clue, indicating that this show will arrive sometime prior to May 2, 2025, unless delays happen again.

It’s shocking to think this series could arrive so quickly, however. If other rumors are to be believed as well, Marvel Studios is fast-tracking Doctor Strange 3, indicating growing importance to the magical side of the MCU.

As we consider which characters we might see in a Strange Academy series, let’s start with those already established in the MCU. As was stated in TFTMQ, the series is expected to focus on Wong, who is the current Sorcerer Supreme and in charge of Kamar Taj. There he is overseeing fledgling sorcerers. This is exactly where we left him in Doctor Strange in the Multiverse of Madness, with the parting scene focusing on him, Doctor Strange (Benedict Cumberbatch), and America Chavez (Xochitl Gomez) – the latter practicing some basic magic.

However, there are a few others that would be exciting to see return for the series as well, the first being Rintrah. The green minotaur sorcerer was introduced in Multiverse of Madness but needed to be much more utilized.

With only a few lines and not many more scenes beyond that, Rintrah would be a perfect addition to the list of characters. The younger students would be interested in who he is or where he’s come from, allowing for a deeper exploration of his background.

While it would be a long shot, I think Ned Leeds (Jacob Batalon), Spider-Man’s right-hand man, would be perfect for this series as well. In Spider-Man: No Way Home, Ned began exhibiting some magical tendencies, such as being able to use the sling ring without much practice.

Technically Ned doesn’t remember his adventures with Spider-Man or his friendship with Peter Parker (Tom Holland), but Marvel Studios could easily find a workaround to bringing him back for a larger role to explore his magical side. That is if Marvel and Sony Studios could agree to such.

As Multiverse of Madness and WandaVision taught us, not all magic is the same. Sorcerers’ and witches’ forms of magic are different. Witches use runes and incantations as Agatha (Kathryn Hahn) points out. They have a need for a coven, another difference from the sorcerers of Kamar Taj. Because witches’ magic is so different, having some of them in the show would allow a better examination and exploration of the larger magical world.

I think it’s possible that individuals like Wanda Maximoff a.k.a. The Scarlet Witch (Elizabeth Olsen), and Agatha Harkness could make an appearance. How Wanda would factor in would remain to be seen, after the disaster she left in her wake in MoM. Perhaps she returns to make amends and help out the younger generation in their study of magic, or to learn how to control and hone her own magic better.

[For more information on The Scarlet Witch’s journey in the comics, check out Vin’s reading guide!]

Agatha, who has been a witch for a long time, would be a great teacher to those wishing to learn more about their magic. I think she would be a hilarious teacher, with a sense of wickedness, especially knowing her past of taking powers for her own. It would add some drama to the series.

In addition, Agatha is the most knowledgeable witch we have in the MCU, although the Scarlet Witch may have surpassed her between WandaVision and MoM. However, Agatha has been around for years, collecting powers and knowledge, and that could get put to good use at a school of magic. Plus more of Kathryn Hahn is never a bad thing.

Information about Agatha: Coven of Chaos has been scarce, as is Marvel Studio’s protocol, but with the title alone, we can expect more witches to show up, some of which could show up in the Strange Academy series as well.

One of those rumored to appear in Coven of Chaos is an aged-up Wiccan, who would fit in perfectly among the students of the magical school. Speaking of those students, there are a few other magical individuals who could appear in the series as students of Wong.

The rumor from Reddit’s TFTMQ indicated that Zelma Stanton should be in the series on Disney+, after initially appearing in Ironheart. Pictures from the set of Ironheart confirmed Stanton’s Sweets, Reads, & More was in the show, indicating that Zelma is indeed in that series.

For those unfamiliar with this character, Zelma in the comics is a magic user who serves as the librarian for Doctor Strange and eventually becomes his apprentice. Zelma would fit in nicely with the other students, as she might not be sensitive to magic just yet when we meet her and her bookstore in Ironheart.

This Strange Academy series would also be the perfect time to bring back Nico Minoru and the Staff of One. She previously appeared in the live-action Hulu series Marvel’s Runaways and has been around in the comics for twenty years.

Nico Minoru has affiliations with other teams such as A-Force, Masters of Evil, and even Midnight Sons. The latter is rumored to be in development as well at Marvel Studios and she has also appeared in the video game of the same name. Nico’s return to live-action could line up with her new appearance in Spider-Man: Freshman Year, which is slated to come out in the next couple of years.

Nico’s magic is centered on her Staff of One, a powerful staff that allows her to use each spell only once. It’s an interesting and slightly frustrating mechanic, having to get more original with your spells the longer that you wield it.

Bringing back Lyrica Okano, who played her in the series, would be exciting for many fans. In the series, the Staff of One is initially explained as a science that mimics the appearance of magic. However, in season three, it’s discovered that the staff is truly magic and not tech. So a school where she can practice her magic would be essential to growing as the holder of the staff.

Magik is another character who has appeared in the Strange Academy comics that could show up in the series. In the comics, Magik is one of the instructors of the school, but for the purpose of the show, would fit in better as a student of Wong.

Magik, also known as Illyana Rasputina, was originally a mutant and sister to Colossus but becomes a powerful sorceress during her imprisonment in Limbo. She has the ability to teleport via stepping discs, and she is able to summon a badass sword that ups her energy level and disrupts magical energies.

[For a deeper exploration of Magik, check out Vin’s Magik reading guide!]

Introducing Brother Voodoo in this series could be rather exciting and might be the perfect place to bring him into the MCU. Jericho Drumm isn’t your average magic wielder. He also possesses abilities such as superhuman strength, fire manipulation, the ability to speak to spirits, and, oh yeah, spirit possession.

While it’s unlikely that Brother Voodoo would be a student, bringing him into the show would showcase another form of magic for a different part of the world. Vin has dived deep into Nico and Brother Voodoo as well as a few other characters that could appear in Strange Academy in the Midnight Sons reading guide.

Who do you want to see in Wong’s Strange Academy?

There are so many more characters that could easily fit into the series, but that’s also the magic of this series. Anyone and everyone who is magic based could show up in some form, building out a world of magic that rivals that of Harry Potter.

If you haven’t already, check out this throwback article from August 2021 about the possibility of a Xavier’s School or Strange Academy coming to the MCU!

Theory: Is Marvel Studios Developing Xavier’s School or Something Stranger? 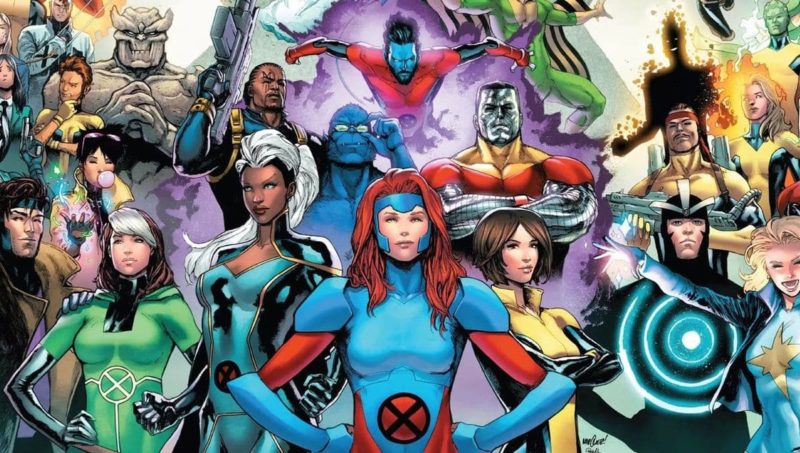