Pitch: Ways To Move ‘Daredevil’ Forward in the MCU 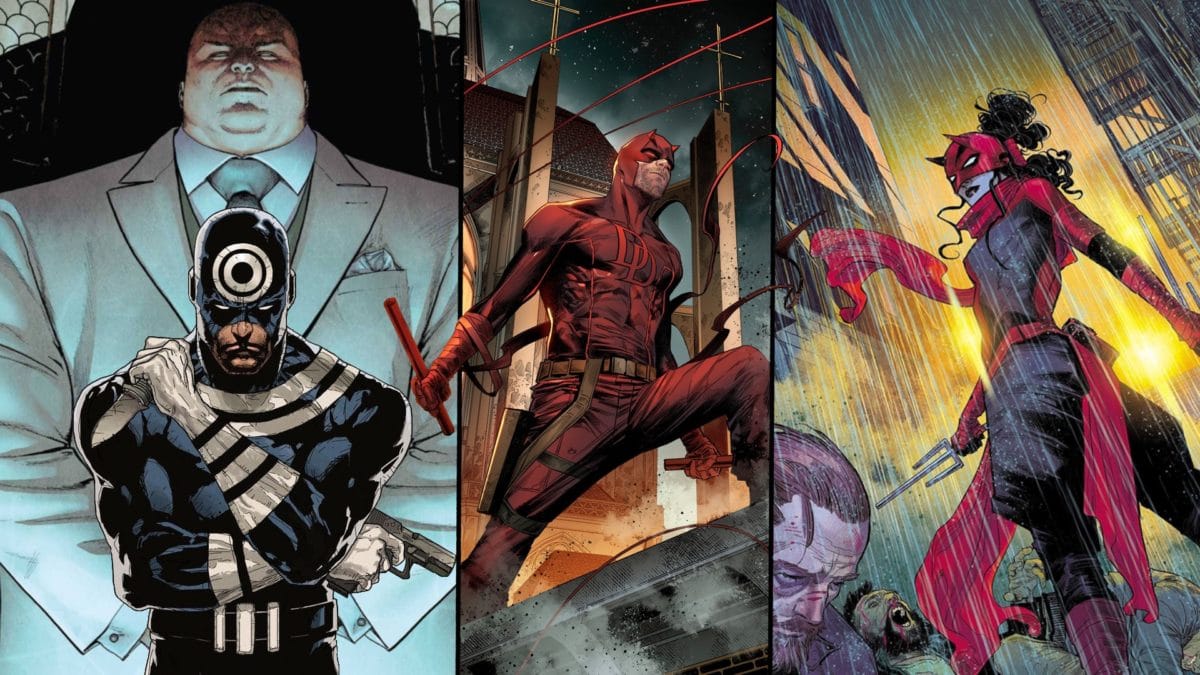 Pitch: Ways To Move ‘Daredevil’ Forward in the MCU

For a long time, I’ve considered Netflix’s Daredevil series to be one of my favorite TV series of all time, so hearing that Charlie Cox and Vincent D’Onofrio would be back in their respective roles was exciting news. In the time since I’ve been occupied by wondering just how these characters and this world could come back into the MCU and continue. Here are some of the things I think should happen to make their reemergence exciting and refreshing.

Daredevil spent three excellent seasons of television building up and tearing down every single character that entered the story. Even people like Ellison, who seem completely insignificant at the beginning, still got his ego checked by the time season 3 comes around and Bullseye storms the Bulletin.

If there is one thing that Marvel Studios has proven themselves to not be great at on Disney+ so far (at least for me), it’s crafting long-form stories there. I’ve loved all the series for one reason or another, but at the end of the day, I’ve thought that almost every single one (except WandaVision) would have worked better and more efficiently as a 2+ hour film rather than a 4 hour season of TV.

As for the Daredevil Netflix series, as much as I adore that series, I’ve always been curious to see what it would look like to transform each season into a film by editing them down. Now would be the chance to approach that from the ground up.

In the history of comic book filmmaking, there’s only been one attempt at a Daredevil film, and it happened before comic book films found their footing. With Charlie Cox’s Daredevil, a character with a lot of groundwork already laid in 39 hours of television, they already have a strong foundation to build an amazing film using characters and ideas that the general audience is already familiar with.

At the root of it, success for any TV show or film comes down to the chemistry between the cast, and Daredevil had some of the best of it I’d ever seen. I think with the return of Charlie Cox and Vincent D’Onofrio, the return of their supporting cast is a must.

Deborah Ann Woll and Elden Henson completely took over the roles of Karen Page and Foggy Nelson, and the relationships they have within their law office and with the villains of the series were very well done. Some of the best moments in the series are just Foggy and Karen and Matt talking to each other and fighting for their relationships.

Alongside Kingpin, Vanessa and Benjamin Poindexter also manage to shine. Vanessa (Ayelet Zurer) transforms from an innocent woman and potential victim of Wilson Fisk’s manipulation and crime empire to a co-conspirator and someone who would happily fight beside him.

In contrast to that, Benjamin Poindexter (Wilson Bethel) was a victim of Fisk’s manipulation, and the episode in season 3 where Fisk dissects the mental state of Poindexter somehow masterfully doubles as a walk through the brains of both villainous men at once.

When I say I believe the cast should come back, I mean the WHOLE cast. Jon Bernthal and Elodie Young’s roles as Frank Castle and Elektra Natchios might have had their narrative journey’s come to an end in season 2, but I think there are still plenty more opportunities to be taken with these characters alongside Charlie Cox. Additionally, I think that the more minor characters like Mitchell Ellison (Geoffrey Cantor) and Brett Mahoney (Royce Johnson) still have TONS of mileage left and potential to tap into.

As was recently revealed (story here via The Direct), and our own Lizzie Hill confirms, Daredevil is expected to take on his classic yellow and red suit when he appears in She-Hulk sometime next year. I was ecstatic to learn that, because if there’s one thing I sincerely believe is that comic book movies should be more cheesy and comic book-y. With that suit, when Daredevil eventually gets his solo outing I would love to see a new style attempted by the team.

Nothing scares me more than the thought of someone trying to flatly imitate the style of someone else with no motivation beyond cashing in on the already existing love for that style. Netflix’s Daredevil was excellent, and I’ll stand by that for the rest of my life, but when he comes into the MCU I want to see them trying something new. You don’t necessarily have to lighten the tone of the subject matter at hand, but some Daredevil comics play with color in incredibly creative ways, and that’s what I want to see. Bringing in the yellow and red suit is an excellent start.

Where are they now?

Bringing these characters back and giving them news stories is going to be a daunting task for whoever is responsible, but as I said earlier, I think the show offered a great foundation to work with. By the end of the show, Karen, Foggy, and Matt finally feel like they’ve achieved peace and unity with each other.

I’d love to see them just co-exist as loving and caring friends, as opposed to the way that their relationships felt constantly in danger in the show. Both can work, and I think it would be a nice change of pace to see Karen and Foggy worry about Matt’s well-being while working with him, as opposed to the constant fear that they might break up and have to find their way back to each other over an arc of episodes.

At the end of episode 13 of season 3, Wilson and Vanessa finally solidified their love for each other. I think that Vanessa dying and that Fisk turning into a far more rageful and directly terrifying figure would be an excellent opportunity for D’Onofrio to flex his acting muscles in a much different way than before.

What are you looking forward to seeing in the continuation of Charlie Cox as Daredevil? Who from the series do you want to see return? Who do you hope is never seen again? Let us know in the comments or on social media!