Pitch: My ‘Sinister Six’ Film and Making Sense of Nonsense 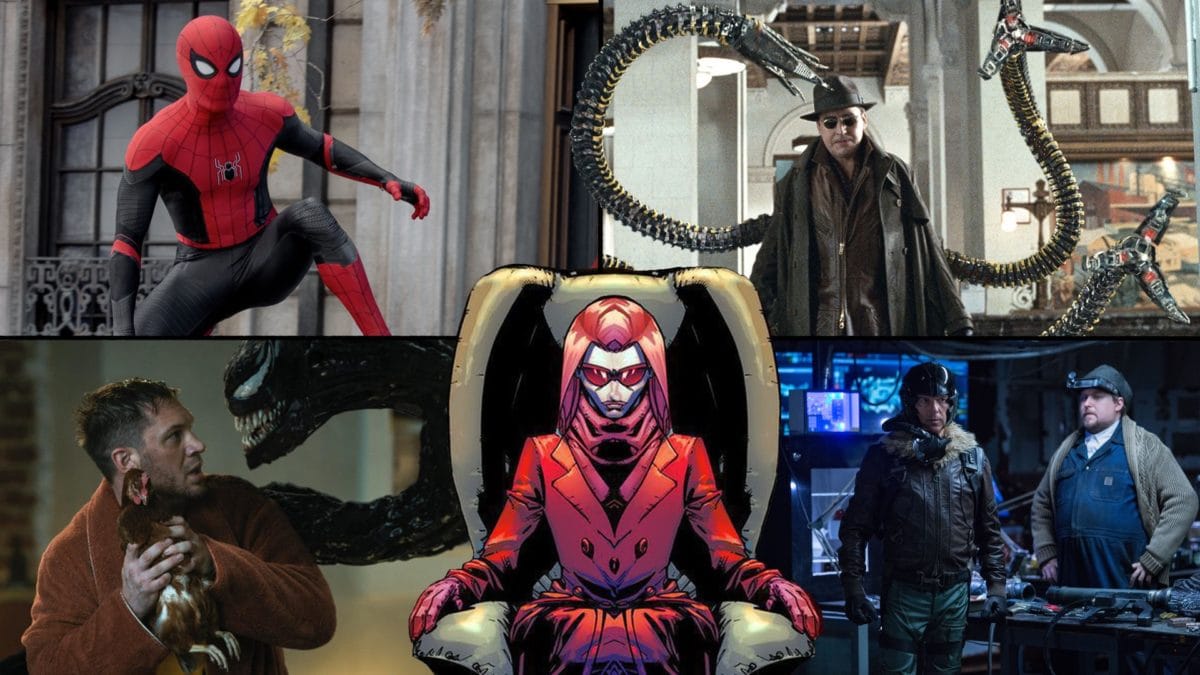 Pitch: My ‘Sinister Six’ Film and Making Sense of Nonsense

Ever since the latest Morbius trailer dropped, I just can’t stop thinking about the muddled and messy nature of the Sony Marvel universe and I’ve been dying to make some sense of this. So what better way to do that than to pitch my own film that doesn’t even include Morbius (punishment for my frustration), but manages to bring together all of these Spider-Man adjacent characters (a version of The Sinister Six) for one big fun film that lays the groundwork for the future. Here we go!

When creating a movie of this magnitude, with so many characters, you need to find a good heart to travel the journey alongside. Here, I’m going to go with Tom Hardy’s Venom. He’s already had two films for the general audience to get to know him, and ultimately, he’s just a really fun character. Also, I think the interactions between Eddie and Venom as they see crazy stuff like people traveling dimensions and interacting with characters like Kraven would just be a lot of fun.

My main goal here is to join the characters like Vulture and Scorpion from the MCU with characters like Venom and Kraven and to do that I am going to have to get into some multiversal shenanigans. This story pitch starts with Eddie and Venom, Kraven, Sandman, and Rhino all sent on a mission following a partnership between the US government and OsCorp. The 4 have to track down and bring back an OsCorp scientist accused of treason against the US; Otto Octavius.

Otto had gone on a continent-to-continent mission gathering the best technology he could from the biggest tech companies all over the world. OsCorp thinks he’s been courting offers from the companies, but the government suspects foul play that could threaten foreign relations. To prevent further potential agitation of those relationships they send these four powerful misfits, some or all of whom are imprisoned for various reasons to bring him back to the US. The four are leveraged into participating with promises that they’ll all get something they want in return for their work, somewhat similar to the premise for The Suicide Squad. So, the mission is on.

The team heads on to a South African AIM Tech. location, the last place that Otto was spotted. Eventually, after the guaranteed quarreling, villainous fun, and other sinister shenanigans, they find Otto. He’s got the last piece of the puzzle for his mystery piece of tech that he’s been assembling during his travels, but then AIM crashes the party and it’s revealed that Otto has been quietly stealing the parts from each company.

The government, realizing the absurdity of trusting them and fearing that the team might potentially betray them, tells AIM that they will reward them in some way for the return of all five people in their facility. The team dispatches AIM with borderline ease, and we get to see all 5 of them show off their abilities. Otto then tells the team to join him where he’s going, but Eddie’s constant disapproval of the villains leads them to kick him out before they all disappear with the use of mystery tech.

We then see from Madame Web’s perspective as she observes two universes crossing over each other, visually represented by a spider web interrupting the natural flow of another spiderweb when it collides into it. Madame Web appears distressed right before we catch back up with our team.

The team of now four arrives in the MCU as they look upon the Statue of Liberty with the Shield that we saw from the Spider-Man: No Way Home trailer. The Tinkerer shows up and it’s revealed that he was in communication with Otto and the two worked together from both sides to achieve multiversal travel. But, before Otto can bask in his achievement, the Tinkerer says that he needs a favor.

We then cut to prison as we see Vulture and Scorpion sitting and eating lunch, both visibly and anxiously awaiting their rescue by the Tinkerer. Suddenly, the team crashes through the prison with the momentum of the Rhino’s charge busting down any walls in their way. Vulture and Scorpion escape with the rest of the crew and we’ve finally assembled the Sinister Six; Doc Ock, Vulture, Kraven, Sandman, Rhino, and Scorpion (with assistance from the Tinkerer).

Meanwhile, cut to Venom, Madame Web has brought him together with Tom Holland’s Spider-Man. Madame Web tells the two that they must send the displaced villains back to their universe or the status of both of their universes could be in danger. Then, a huge fight ensues between Spidey, Venom, and the Sinister Six, and yada yada yada. The story concludes when Madame Web, in a last-ditch effort, must combine the two universes into one to avoid both universes being destroyed.

I know there isn’t a whole lot here in the way of motivation or really anything that goes beyond the most basic of outlines and story beats. I’m also not ashamed of the fact that this is inspired by James Gunn’s recent film The Suicide Squad. But when making a movie in a backward way, starting with the conclusion first, it’s hard to put it together.

Ultimately, I think seeing these characters on screen together would be a lot of fun. Maybe if it was treated as an absurd comedy with touching elements a la The Suicide Squad, I think it could potentially work. As long as we come out of the other side of this movie not so confused about little things that don’t matter, then we should be good. Now hopefully this will put to rest my terrible obsession with Sony Marvel’s nonsensical Morbius trailer.

Also, in case you were wondering, if I had to pick anyone to direct this movie, I’d pick Drew Goddard. He’s been screwed out of two different huge Marvel films with Sinister Six and X-Force, and I think it’s about time the man got his due. After all, look at what he did with Netflix’s Daredevil.

What do you think of my crazy ideas for a Sinister Six film? What do you want to see? Let us know in the comments or on social media!