Ever since the Marvel Studios Disney Plus series What If…? season one wrapped up, I’ve been really racking my brain trying to come up with what I think the next big Marvel animated show should be. I present to you my pitch for the new flagship Marvel animated show: Duckson and Pool, Investigative Co.

Both of these characters were, at one time, going to have their own solo animated series. Way back in May of 2017, a Deadpool animated show created by Donald Glover and Stephen Glover was given a 10 episode order by FX. There were some discrepancies about why the show was canceled in 2018; Stephen Glover alleged that there was an episode about Taylor Swift that may have been responsible, but FX CEO John Landgraf blamed Disney.

There was also the planned Howard the Duck animated series more recently, which was a part of Hulu’s Offenders lineup. It was originally planned to be a lineup of four adult animated comedy series based on Marvel characters that would eventually intersect in a team-up series: The Offenders (a parody or reference of the Netflix Marvel shows). Only two of the four planned shows made it out of development – M.O.D.O.K. and Hit-Monkey. Meanwhile, Kevin Smith’s planned Howard the Duck series fell to the wayside along with Tigra & Dazzler. The shows were probably just tragic victims following the closing of Jeph Loeb’s Marvel Television division.

There are multiple reasons I think Deadpool and Howard the Duck would be perfect together, and especially for an animated series. Deadpool is essentially the Marvel equivalent of a Looney Tunes character; you can drop pianos on his head, you can drop anvils from his head, and you can cartoonishly drop him from the top of a building and after he recovers from turning to mush on the concrete his main goal is still to crack a couple of jokes.

In contrast, Howard the Duck should, by every standard, literally BE a Looney Tunes character. But instead, you can play a fun dynamic between the two by having Howard be quieter, closed off, and straight-faced compared to Deadpool’s cartoonish shenanigans. 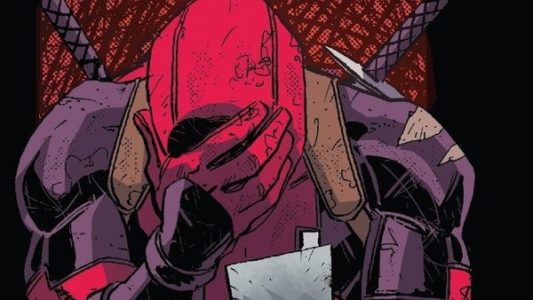 So here’s the idea that I’ve been playing with: following a break-up, Wade Wilson approaches his old friend Howard Duckson in hopes to ignite a partnership. He slowly weasels his way into Howard’s investigative office in NYC in the hope that it will make the two inseparable.

I like the idea of having the two characters begin their stories on their backfoot (or webbed foot). Wade is being forced to be more honest and vulnerable than he likes to be, and Howard is starting to open up and be more willing to create relationships.

Also, regarding the character’s pasts, I think it would be fun to play with expectations. Wade might lead on about a “break-up,” but maybe they reveal later in the show that the truth is that he’s just felt jealous and feeling abandoned upon learning that Cable joined the X-Men.

And perhaps the reason that Howard is only just NOW opening himself up to relationships is that he recently finally returned to Duckworld, just to learn that everyone in his previous life had moved on. There are tons of ways to play with these characters and their dynamics with each other, along with their dynamics with the Marvel worlds and universe(s) around them.

As far as episodic adventures go, there is so much fun to be had that the other Marvel shows and movies have yet to touch on. I think that, especially in the environment of these characters and this show, Captain would be an amazing character to have in the mix occasionally. Overall, I imagine that the show would be fairly easy to execute: each episode has Howard the Duck and Deadpool take on cases and adventures with new characters and aspects of the Marvel universe to explore.

I have a list of characters that I think would be great to introduce, explore, and have involved occasionally. So please indulge me for a moment…

All of these characters allow for something new. I see the Captain as a jumping-off point for the series, as the offices of our lead characters are based in NYC just like Captain. I think Madcap and Manifold would be interesting reflections of our main characters. Madcap is already a very Deadpool-esque character and I think introducing Manifold as a melancholic sad sack that takes himself too seriously would be funny and important for Howard to have to confront and deal with.

I think Snowguard would allow for some reminiscence on Cable’s relationship with Deadpool. Maybe Snowguard is dealing with the Wendigo, so she contacts Wolverine and Beast, who then, in turn, contact Deadpool and Howard. But then after they arrive to meet the X-Men, Cable is with them and the whole thing dusts up some unwanted emotions from Deadpool. It’d be interesting to see how Howard and Deadpool’s relationship grows in that time, and how Howard is there for Deadpool in a time like that. 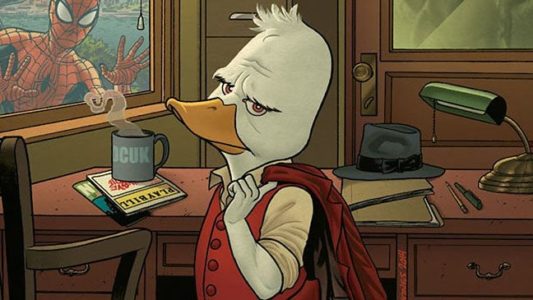 I also think that having Clea and the Guardians/Ravagers in the mix would be a good segue to introduce their respective corners of the universe. We could visit space and touch upon all of the good stuff that comes with that alongside the Guardians and Ravagers. We can also have Clea included to explore the more mystical and magical parts of the world.

Also, to accentuate the comedy and humor of the show, I think it would be pretty great to include Heroes for Hire (Luke Cage and Iron Fist) as a competitor across the street from Howard and Deadpool’s offices. Maybe an ongoing joke could be that the Heroes for Hire constantly help more impressive and recognizable people in the Marvel world and Deadpool is really jealous of them.

The whole point that I’m trying to make is that there is a lot of ground to be covered with these characters. I love the dynamics that could be explored and I just enjoy the idea of seeing these two characters interact alongside each other. Seeing their collective perspective of the Marvel Universe could be something special.

Now, if you’ll excuse me, I’m going to spend the next few weeks writing scripts for this imaginary show.