Pirates of the Caribbean: The Curse of the Black Pearl Retro Review – Worth Every Viewing 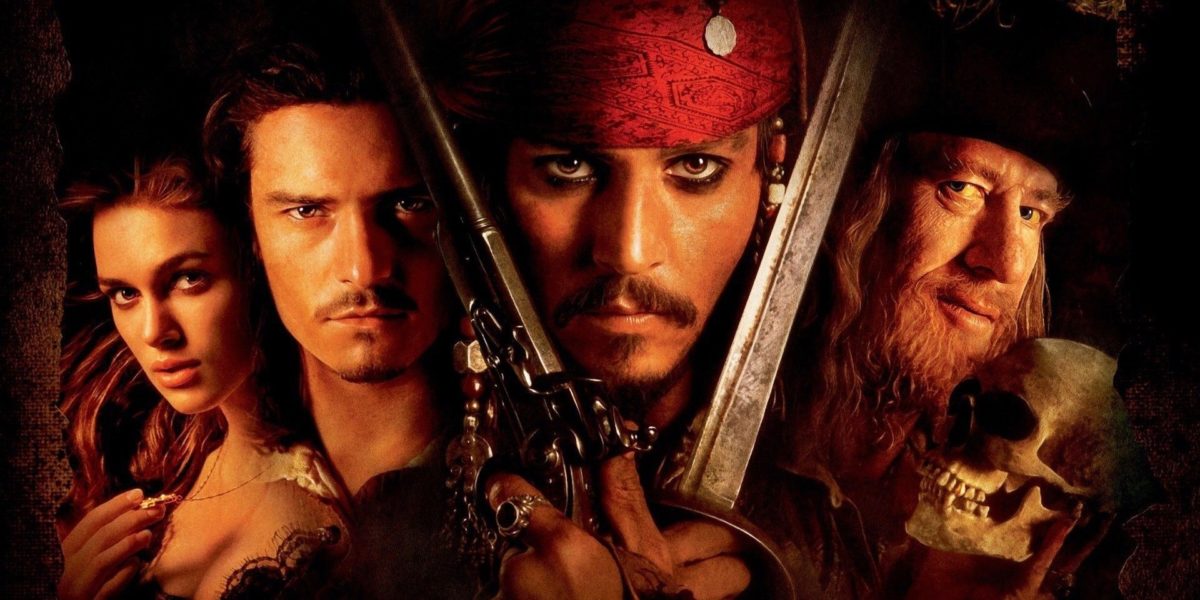 Pirates of the Caribbean: The Curse of the Black Pearl Retro Review – Worth Every Viewing

I can’t think of a time in my life when I didn’t love the Pirates of the Caribbean movies. The film I’m reviewing here came out only 6 months after I was born, so a lot of my childhood was spent in front of the TV viewing and reviewing the various adventures of Jack Sparrow, Will Turner, and Elizabeth Swann. So, returning to finally jot down my thoughts on a film that I love so dearly is like drinking a great cup of cocoa; it makes my heart nice and warm.

With just this film, Gore Verbinski convinced me that he was one of the best working directors in Hollywood. After rewatching it for this review, I stand by that sentiment. The talent behind the camera is so incredible that you often forget it even exists. The way that everything Verbinksi does and executes in this movie, with such intent and precision, is nothing short of impressive. It’s as if nothing could possibly overwhelm him.

The immersive-ness that Verbinski achieved when crafting this film and the importance of that for this experience, could not possibly be overstated. The practical sets with the pirate ships and old-timey towns, paired perfectly alongside the incredibly impressive 2003 CGI that will truly make you believe in undead pirates. It’s completely excellent and nothing short of groundbreaking.

The story is somehow incredibly broad and epic, while also managing to be personal and individually engaging. We care about seeing the Pirate-blooded Will Turner (Orlando Bloom) fall in love with the posh and pampered Elizabeth Swann (Keira Knightley), just as much as we do about seeing the undead Barbossa (Geoffrey Rush) face off against the anti-anti-hero Captain Jack Sparrow (Johnny Depp). They do such an incredible job captivating you with this world and story that your attention never fades, even when shifting focus on something that would (in a much worse film) feel like the anchor halting the perfectly paced story. 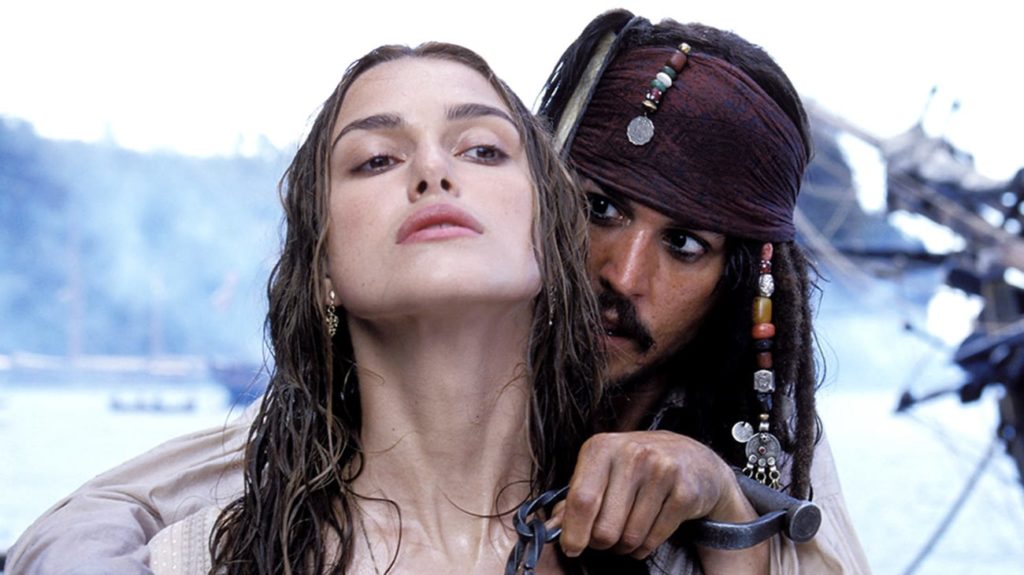 Speaking of the story, it somehow manages to be blissfully simple, even while perfectly filling out the 2 and half hour run-time. The story follows Will Turner and Elizabeth Swann as they are dragged into the world of pirates via Captain Jack Sparrow. The three cross paths with the legendary Black Pearl and its Captain Barbossa, a wicked man from Sparrow’s past.

The film doesn’t hesitate to flex its writing muscles when they introduce the titular curse that has befell the Black Pearl’s crew, and the very thing that motivates their actions throughout the film. It’s not particularly complicated, that’s not why it’s impressive. It’s in its simplicity that the film manages to brilliantly maneuver other plotlines, especially one regarding Will’s pirate heritage, that then pays off in an incredibly satisfying way.

The cast of actors and characters in this film is amazing and everyone totally gave their all. The main cast is incredible of course, but the supporting characters go completely unappreciated when in reality, they have some of the best moments of the entire film. Just watching the skeleton transformed Ragetti (Mackenzie Crook) execute perfect physical comedy as he chases his rolling eyeball through a danger-laden ship, narrowly escaping harm. It’s perfect.

And I think that’s another aspect that goes completely under the radar when watching this movie. While it’s first and foremost a fun adventure family film (nothing wrong with that), this film swings between tension and laughs and danger and emotion with complete and total ease. Once again, reaffirming to me that Gore Verbinski always knows exactly what he’s doing.

It’s a shame we’ll never get to see his Bioshock film. That would’ve been great.

My rating for Pirates of the Caribbean: The Curse of the Black Pearl