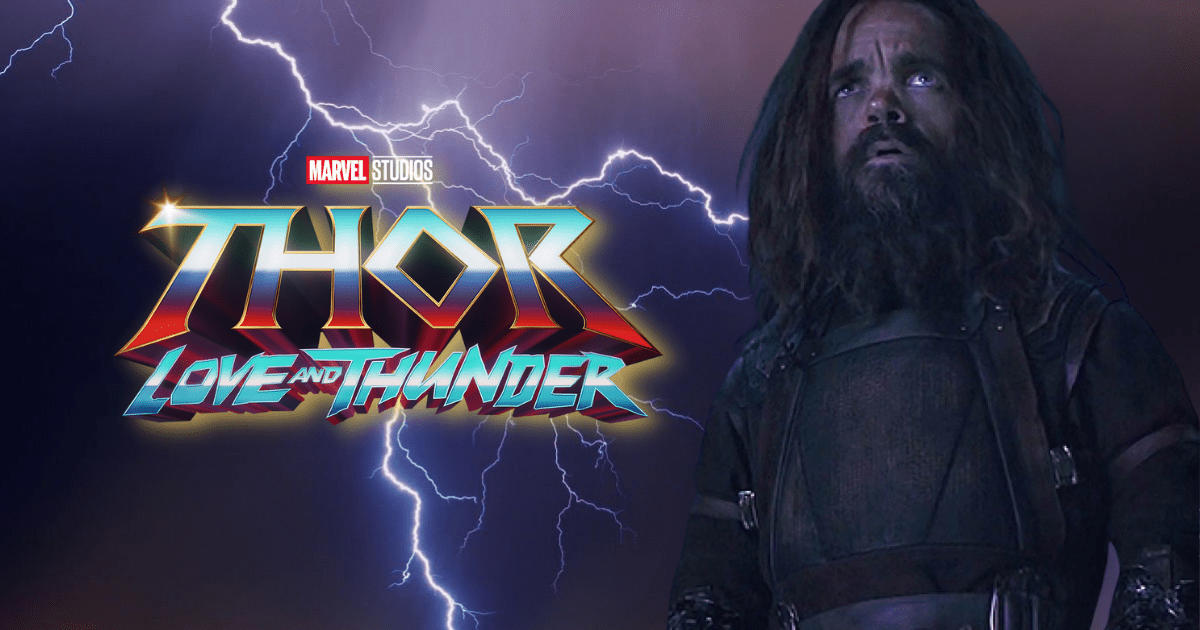 Since its announcement in 2019, Thor: Love and Thunder seem to have flown the lowest under the radar of all of the announced Phase 4 Marvel films. With not nearly as many leaks as the rest of them, fans have been left to their devices to theorize how the story could shake out the good ol’ fashion way. Well, a new update to the Cast & Crew list on IMDb could indicate a certain Infinity War standout’s return to the realm of Gods in the Marvel Universe.

According to a new listing in IMDb by hairstylist Lane Friedman, talented Game of Thrones actor Peter Dinklage will be back as the Nidavellir dwelling dwarf Eitri in the upcoming Taika Waititi directed film. As usual, IMDB listings should be taken with a grain of salt and are far from official, but we felt this potential good news was “worthy” of sharing with you anyway.

With just a small bit of runtime in Infinity War, Eitri made quite the impact both emotionally and narratively. Eitri was tortured by the fact that not only had he lost everyone from his realm, but he helped Thanos build the very object that would bring about the decimation of half of everyone in the universe.

It was genuinely inspiring and cathartic to see the character help Thor put together the very weapon that would be Thanos’ downfall, and I’m excited to see how Eitri’s story continues.

With Love and Thunder seeing the return of Natalie Portman’s Jane Foster taking up Mjolnir and the mantle of Thor, I think Eitri could fit in the story quite nicely. Last we saw, Mjolnir was destroyed at the hands of Hela, and I think there’s no better candidate to reforge the legendary hammer than the King of Dwarves himself.

Chronologically, it’s been something like 5 years since the last time we saw him, so there might be a lot of catching up to do. Was he snapped? Has he been wandering the cosmos by himself for years? Has he been sitting in the empty Nidavellir for all this time? Has he made residence in New Asgard? I guess we’ll have to wait and see.

Thor: Love and Thunder has been said to take heavily from the Jason Aaron run of Thor, and looking at how the pieces are lining up that couldn’t be more apparent. Both Gorr the God Butcher and Jane Foster’s Mighty Thor premiered in Aaron’s run, and they’re both said to have large roles in the upcoming film. With Thor, Valkyrie, Korg, Jane, the Guardians of the Galaxy, Gorr, Zeus, and now Eitri, this movie is gearing up to have quite the cosmic impact for the future of the Marvel Universe.

Thor: Love and Thunder is written and directed by Taika Waititi, co-written by Jennifer Kaytin Robinson, and is currently set to hit theaters on July 8th, 2022. The film stars Chris Hemsworth, Tessa Thompson, Natalie Portman, Christian Bale, Russell Crowe, and so much more.

Are you excited to see Eitri return? Let us know in the comments or on Twitter @mycosmiccircus!