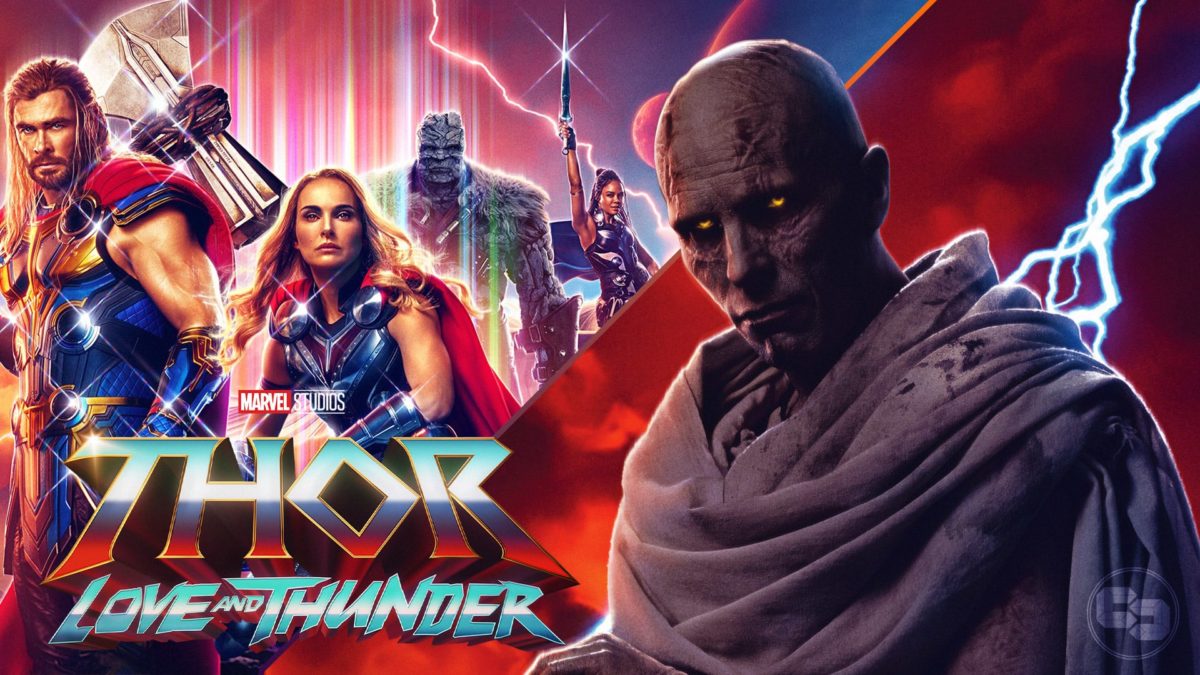 Thor: Love and Thunder debuted this past weekend in theaters with a mighty $143 million at the domestic box office. It is also the biggest opening weekend debut in the Thor franchise history. In the film, The God of Thunder teams up with King Valkyrie, Korg, and the new Mighty Thor, aka Jane Foster, to take on a galactic killer known as Gorr the God Butcher. The film, directed by Taika Waititi, features the return of MCU veterans Chris Hemsworth, Tessa Thompson & Natalie Portman. It also marks the debut of Christian Bale as Gorr. His weapon is the Necrosword, but the sword’s original wielder was unknown… until today.

[Warning: Spoilers for Thor: Love and Thunder below!]

The original wielder of the Necrosword revealed

You might recall that at the beginning of the film, Gorr appears to roam across a harsh desert before coming across a beautiful oasis that serves as the home of the god of his race, Rapu. Following his god’s mockery, Gorr takes up the Necrosword and kills him before vowing to kill all of the gods in the universe. However, before he does so, Rapu points out a warrior lying behind Gorr, the original wielder of the Necrosword. His identity is never revealed in the film.

Enter Christopher Stanley, more commonly known as cosplay_chris. Stanley is a decorated cosplay creator and excellent prop builder, recognized for his remarkable YouTube channel and content. According to his Instagram, cosplay_chris was a part of Thor: Love and Thunder’s production and reveals the work he did for the film.

According to cosplay_chris in the Instagram post above, the original wielder of the Necrosword was known as the Dark Shadow Lord. Until this point, there has been no mention of this Dark Shadow Lord character in Marvel Comics. One could assume that this is an original character developed for the film in exchange for Knull. Knull was the creator of the Necrosword in the comics and the God of the Shadow Realm.

Based on the name, it would be wise to assume that this ‘Dark Shadow Lord’ character originated from the Shadow Realm. Whether or not he was either the ruler of the Shadow Realm or a subject of Knull has not yet been answered. However, given that Knull would fall under the film rights to Sony, it’s very unlikely Marvel plans to use this character in the foreseeable future in their projects.

A Lack of Credit on Thor: Love and Thunder

Unfortunately, Stanley’s 3D Printing skills and hours of work were not credited on the production, as he states. However, this is not the only time Marvel Studios has gone on to produce films without offering credits. There are dozens of cases similar to Stanley’s. And this comes off the heels of several claims that Marvel Studios is a near-impossible client to work with when it comes to VFX or crunching timelines.

Thor: Love and Thunder is out now in theaters. But what do you guys think of this new detail regarding our mysterious character? Would you like Marvel to tackle more stories involving the Necrosword? Let us know on social media!