‘Obi-Wan Kenobi’ Series Review: A Return of My Childhood 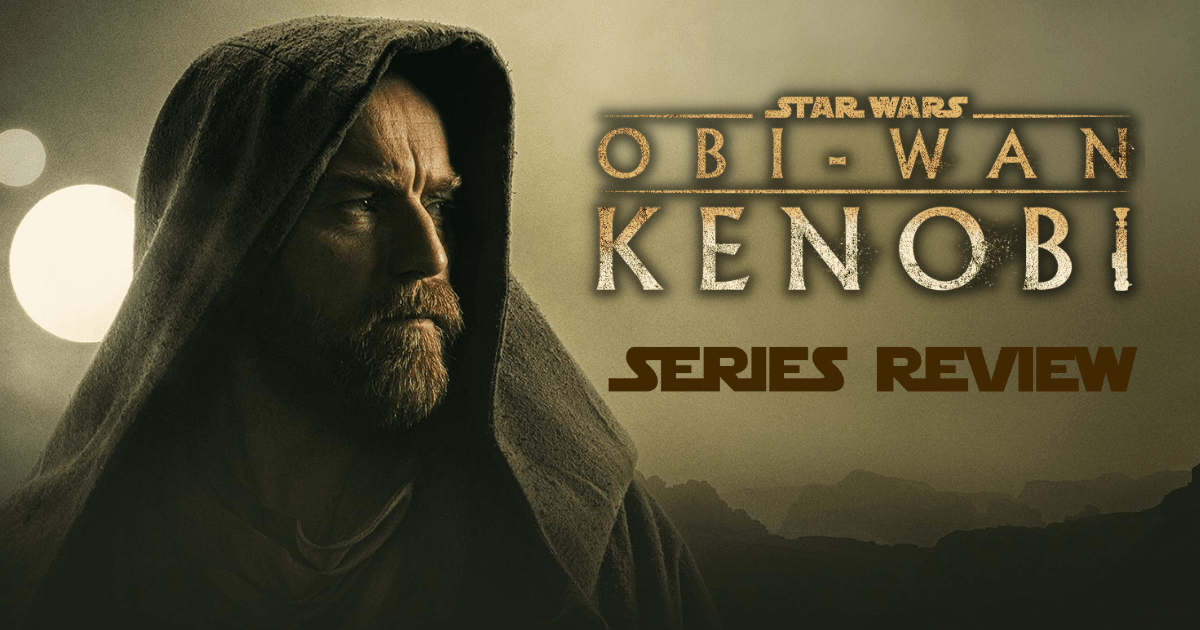 ‘Obi-Wan Kenobi’ Series Review: A Return of My Childhood

The Obi-Wan Kenobi series, or should I say season, has come to an end. For the past month, many of us got to witness a part of our childhood return once again. Since the news that both Ewan McGregor and Hayden Christensen were returning for the Obi-Wan Kenobi series, fans have excitedly anticipated the show with high hopes. However, while these hopes were incredibly high, these characters are also near and dear to many fans, which triggered a bit of anxiety about the series within the fandom.

Obi-Wan Kenobi currently has a score of 83% on Rotten Tomatoes with an Audience Score of 63%. While those scores have the show sitting at certified fresh, there was a very visible divide in the fandom during the weeks the show aired. I certainly think there were a good amount of ups and downs throughout the series. It took me a few days to really make up my mind on this show and come to a conclusion on my thoughts. Before I give my final conclusion, let’s take a look at what I consider to be the pros and cons of Obi-Wan Kenobi.

For a mild-spoiler review of the series finale, check out Emily’s thoughts in her review! [Warning: Spoilers from the Obi-Wan Kenobi series are below. Please read at your own risk!]

The Light Side of Obi-Wan Kenobi

I always feel it’s right to start out with the good before getting to the bad. There is certainly a large surplus of positives to come out of this show. The redeeming storyline of this series is the fantastic relationship that’s molded between Obi-Wan (McGregor) and Princess Leia. A genuine hats-off to Vivien Lyra Blair for her performance as Leia Organa. She truly captured the essence of Carrie Fisher and her performance as Princess Leia. She had huge space buns to fill and definitely came out as a force of good for this Disney+ series.

The relationship that is captured throughout the series between Obi-Wan and Leia is heartwarming, but also with a sense of sadness. There are moments where you see Kenobi see parts of Padme and Anakin within her that really tug on the heartstrings of the audience.

Another obvious positive is the performance of Ewan Mcgregor as Obi-Wan Kenobi. This one sort of goes without saying, but he was born to play Obi-Wan and is a true once-in-a-lifetime casting. You could really cue up that “You’re as beautiful as the day I lost you” meme, as Ewan Mcgregor steps back into this role gracefully with tons of heart and emotion littered throughout.

Obi-Wan Kenobi was one of my childhood heroes and Revenge of the Sith is still to this day one of my top-10 all-time favorite films, so to say this show meant a lot to me is an understatement. It’s an odd, yet enjoyable feeling when you haven’t seen a character on screen since when you were a little boy in 2005, and now as a grown man that hero returns 17 years later.

To continue on the topic of returning characters, the season finale packed itself with nostalgia and positive story beats that left me feeling very satisfied with the conclusion of this season. Seeing a lightsaber battle between Obi-Wan and Anakin Skywalker/Darth Vader (Christensen) once again was a sight to behold.

The moment where Kenobi slices Vader’s mask in half, revealing the burnt face of Anakin Skywalker, was a highlight of the episode. The dialogue that ensued between the two once again tugged on the heartstrings, delivering a scene similar to the conclusion of Anakin and Obi-Wan’s battle on Mustafar.

The final positive of this series goes to the performance of a few of the supporting cast members. Moses Ingram absolutely delivered the best performance she could as Reva with the writing she was given. The heartwarming friendship between Tala Durith (played by Indira Varma) and Ned-B, while short-lived, was a development that more Star Wars writers should take notes on.

Uncle Owen (played by Joel Edgerton) and Aunt Beru (played by Bonnie Piesse) surprisingly kicked butt in the finale, attempting to defend young Luke Skywalker from Reva. Other characters like Roken (played by O’Shea Jackson Jr.) and Haja (played by Kumail Nanjiani) had potential but were never fleshed out enough to become important characters, but served their purpose as members of the rebellion.

The Dark Side of Obi-Wan Kenobi

Now onto the not-so-great aspects of this show. Before I get started, I do want to say that through the division in this show came unacceptable racism and hatred towards Moses Ingram. Under no circumstance is racism acceptable especially when it comes to a universe that’s been as inclusive as Star Wars. Everyone is certainly allowed to have their own thoughts and opinions, but public hatred and racism should have no part in any fandom.

To continue, as much as I loved a large aspect of this show, I saw numerous flaws scattered within. I am a big proponent of the importance of cinematography in movies and television. I believe a large part of storytelling is displayed visually, and the show left me with moments where I felt disappointed in what I was witnessing.

Certain moments felt almost fan-film-esque akin to what we saw in The Mandalorian Season 2 Episode 6 and various episodes of The Book of Boba Fett. It’s not to say there weren’t moments of brilliant landscape and spectacle, but compared to what we see in the Andor trailer at Star Wars Celebration, Obi-Wan Kenobi left a lot to be desired.

The look of the practical lightsabers was a bit unsatisfying as well and at times looked cheap. While they took advantage of the natural light reflecting off them at times, some of the scenes involving lightsabers felt odd. From what it seems, the show either had a lower budget than normal or allocated that budget to other areas.

While on the topic of lightsabers, there seemed to be a severe lack of lightsaber action in this series. After a few episodes, I came to understand this series as story-driven and was not going to focus as much on the action aspect. When you have a series filled with lightsaber-wielders such as Obi-Wan Kenobi, Darth Vader, Reva, The Grand Inquisitor, and The Fifth Brother it feels a bit odd to only get two true lightsaber duels, with one that lasted only a few minutes.

My final not-so-great aspect of the series was the underutilization of most of the supporting characters. Perhaps six episodes are certainly too short for Obi-Wan Kenobi because there was a sizable amount of story that needed to be fleshed out. The Inquisitors, including Reva, felt like underutilized characters that were mere plot devices. I understand that the story mainly lies with Obi-Wan and the Skywalker family, but the show either needed to get rid of some of the supporting characters or flesh out their stories a little bit further. Obi-Wan Kenobi delivers a mature take on Star Wars amongst the likes of Rogue One that left me satisfied with the overall tone they chose. It’s the bleakest time in Star Wars that we’ve seen, and the show makes sure not to break canon from both the original and prequel trilogy. This season also calls back to both Star Wars: The Clone Wars and Star Wars Rebels including references and characters such as the Inquisitors. The importance of those two animated shows is finally starting to show through in live-action Star Wars, which is something to be appreciated.

While I certainly had some negative things to say about the series, I am grateful that both Ewan Mcgregor and Hayden Christensen returned once again. This series revitalized a part of my childhood and made me feel like a kid again for five weeks. I do believe the show will age well for me over time. I will always feel like the show needed to be a bit more fleshed out and have the feeling of a larger scale. Besides those negatives, I am grateful for the show we got during such a difficult time in the world.

The writing on Obi-Wan Kenobi for the most part was top tier. It never occurred to me that Obi-Wan living outside of society for ten years meant shutting himself off from the Force and becoming weak. This was a brilliant aspect to focus on and helped me realize that Kenobi was not going to restore his old Jedi form right away.

I believe the door is open for a season two as well. While the story for Leia and Luke may be over for now, there is still a lot of time for more Obi-Wan stories before he dies in A New Hope. Ewan Mcgregor has also voiced his openness to returning for more stories, and as we’ve seen, this is a match made in Star Wars heaven.

Would you like to see Obi-Wan Kenobi season two? Let us know in the comments below or on Twitter @mycosmiccircus!