The ratings from Tuesday’s premiere of the Supernatural prequel are in, and the CW has a hit with The Winchesters. The show follows John Winchester (Drake Rodger) and Mary Campbell (Meg Donnelly) in the 1970s as they fall in love and battle monsters to save the world. Over the weekend at NYCC, we had the chance to sit down with Jensen Ackles and Danneel Ackles, executive producers for The Winchesters, and really, the reason the series is on the air in the first place.

Jensen Ackles was one of the stars of Supernatural. He played Dean Winchester and, together with his fictional brother Sam Winchester (Jared Padalecki), helped shepherd the mysterious show through 15 wildly successful seasons. The show ended in 2020, and fans have been eager for even more Supernatural stories.

Ackles is the narrator for The Winchesters, linking the two shows and the past and present. Over the weekend, he and Danneel Ackles (his wife and a powerhouse producer and actress in her own right) sat down with me and others for roundtable interviews at New York City Comic-Con. The pair chatted about how the series came to be, casting John and Mary, and so much more. And the couple even went on the record and shared her thoughts about the Supernatural spinoff Wayward Sisters and why it didn’t work.

Interviewer: Question for you, so as you created the story of John and Mary a lot of ideas had to go through your head of what a backstory might be, or spin-off might be, of Supernatural. What was the tipping point that made you decide to go with the John and Mary backstory?

Danneel Ackles: That’s kind of an easy question though because… In our minds… not your question. Your question is difficult.

Jensen Ackles: Try to break that down, while also going back to Wayward Sisters. You know, what was it that maybe prevented that from turning into a series? One thing that I talked to her about, we were discussing one night over dinner, and I was like maybe it was because it wasn’t a character that was part of a core story. And if you were going to spin off Supernatural, I was like, maybe because it wasn’t a Winchester involved. We talked about what it would look like to spin Castillo’s character off and have his garrison of angels in Heaven. And maybe that was… and I said, I really, I think it’s got to have a Winchester.

Jensen Ackles: And she was like, well, what other Winchester? Well, there’s like Dad and Mom. And she’s like, well, then go back into the 70s and tell that story. And I was like, [mind blown sound] and I was like, Oh, my God. Right. That’s what we do. We’ve got touchstones that have been laid out in the mothership, that, you know, our lore. Maybe we could hit those markers in a way that isn’t expected.

Maybe we can, and that’s something that’s a holdover from Kim Manners. From the original, you know, the first three seasons he was like, always give them something they expect in a way they don’t expect it. And we’re like if we could tell that story in a way that, you know, that might go, “Huh.” then I think we got- as opposed to just lining up and telling- just filling in the blanks in what we, I’m sure, we’ve all probably done. Fill in those blanks a little differently. And tell that story, slightly different skewed a bit to where it actually becomes a Supernatural type story.

Interviewer: So if you guys acting as producers on this. What’s that process like? How involved are you guys in sort of day to day decisions? You know, tell us a little about your roles and working together. Married couples working together? Seems like that could be interesting.

Jensen Ackles: Well, I just said over there.

Danneel Ackles: We do a lot of it.

Jensen Ackles: Yeah, we work together anyway. We got three kids.

Danneel Ackles: We have three kids.

Jensen Ackles: A couple of companies… We’re doing right now what we generally do in the kitchen. So we’re just producing and talking about it.

Danneel Ackles: We make our kids interview us.

Jensen Ackles: It has really just been an extension of what we do at home. And that’s to put it the simplest way.

Danneel Ackles: I read all the scripts.

Jensen Ackles: She brings me in. Now the interesting thing and I’ll tell you a quick story. So I’ve been working with [Eric] Kripke on The Boys. I asked him because I was we were kind of in the throes of getting this up and running. I asked him I was like, so Seth, Seth Rogan. Like… what is his role in this whole thing? Because he’s a producer on The Boys. And he’s like Seth’s role is, if the train starts going off the tracks, we throw him in front of it. And I’m like, I want to be that guy. I want to be that guy.

So I certainly tend to be more of that. But I tend to also be heavily involved with wanting to check because this is a story that is very important to me. Some of the other stuff we’re developing, I can hang on in the wings a little bit, but this one is, this was really special to us. And this is one that we take a lot of great care with.

Danneel Ackles: So day to day is, you know, we’re obviously reading all the scripts, reading all the arenas, the outlines. Robbie is a genius. So we’re lucky we never have to give any notes because you don’t. Perfection.

Jensen Ackles: He sends us story arenas, we look at them, we check it off. And then it goes up the studio.

Danneel Ackles: We’re very involved in the casting, which was just an incredible process. And terrifying as an actor to watch that, because you’re like happy ever getting cast.

Can we do one more? Yeah, we’re long-winded actors.

Interviewer: Can you talk about casting Drake [Rodger] and Meg [Donnelly]? How did you know that they were the right ones to play these parts? What was that like?

Danneel Ackles: Look at them, I mean…

Jensen Ackles: Hello! I would say that Drake was… we saw Drake before we saw Meg. And he was instantly everybody’s favorite.

Interviewer: There’s so many that direct. Let’s see. Got it.

Jensen Ackles: what he was saying. He’s like, it’s, it’s bizarre because Drake does things that are very Jared-like, not even Sam-like, but like just little… little quirks and nuances. And so it’s been, it was really kind of a no-brainer when Drake came about. And Meg was a little finding Meg was a little more difficult. There were a lot of Marys.

Danneel Ackles: Finding Mary was a little bit more difficult. Mary, when, when Meg came on the screen, we were both just like… cuz we watched Zombies every day in our house.

Danneel Ackles: It’s just going on all day. So it’s just like the whole day it’s going on. We knew all the songs. She walks in. And we’re like, okay, we need to watch this with like a thoughtful eye… Because I was like cast her! Let’s cast her!

Jensen Ackles: Yeah, get her! Get her! She’s available?! What?! Get her!

Danneel Ackles: But then she started to read and they were like, ok.

Jensen Ackles: And it was also, you know, there was some other great candidates. But it really, when we started doing chemistry reads, they were great when they were reading the scene together.

But when the scene was over, and we put our camera, our cameras on mute, and we’re texting who knows, it was the chemistry that they had when the cameras weren’t rolling.

Jensen Ackles: Robbie and Danneel and I were like, “Let’s just send that in. That’s it.” That’s so trying to capture that essence, which I believe we’re doing is the magic. And that goes back to something Kripke said to me, the second episode of Supernatural, which is like – the show begins with you too, and the relationship that you have on screen and the relationship you have off-screen.

Danneel Ackles: Yeah, I mean, like casting Nida [Khurshid] as Latika, was sort of with this cast, the first person that auditioned that we loved. It always stayed that way. I mean, she was it. Jojo [Fleites], who I don’t know if anyone’s gotten a chance to meet. They are like, they’re a star. Instantly a star. Have you seen this show yet?

Interviewer: In the screening…

Jensen Ackles: Yeah. Good. I mean, we hope you will be, and that’s a character from Robbie’s brain.

Interviewer: You could see it on the trailers. It’s pure Robbie.

Jensen Ackles: Pure Robbie. It’s Robbie unleashed. Which that’s all we can hope for. Just keep going, just push him that way. Yeah. Thank you, guys.

You can read more of our The Winchesters interviews from NYCC, including with Drake Rodger and Meg Donnelly. And if you’re new to Supernatural and The Winchesters universe, check out our detailed episode guide, including the best episodes to watch to get you up to speed.

What did you think of CW’s The Winchesters? Are you excited about next week’s episode? Do you have predictions about what will happen? Please join the conversation and share your thoughts with us on Twitter @MyCosmicCircus or in our Discord! 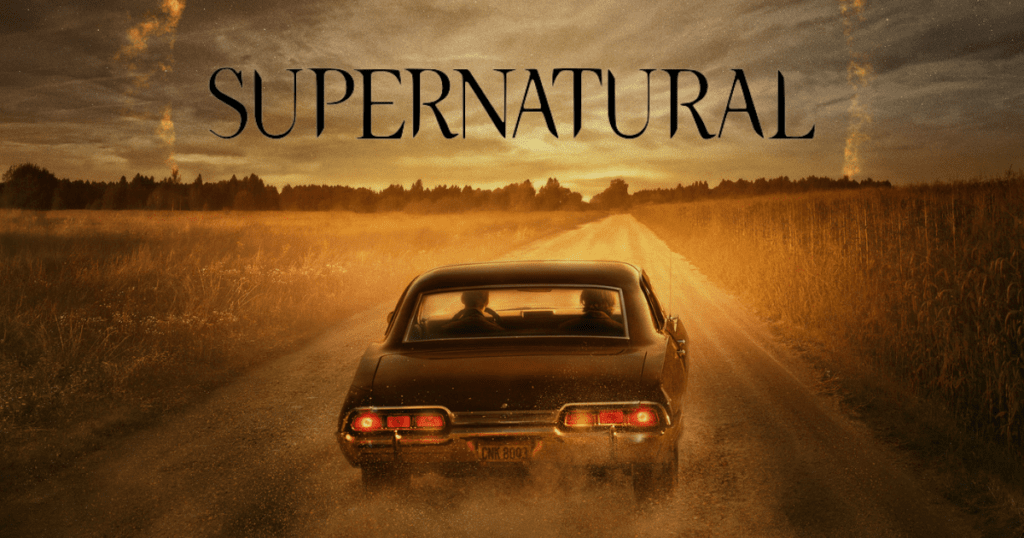