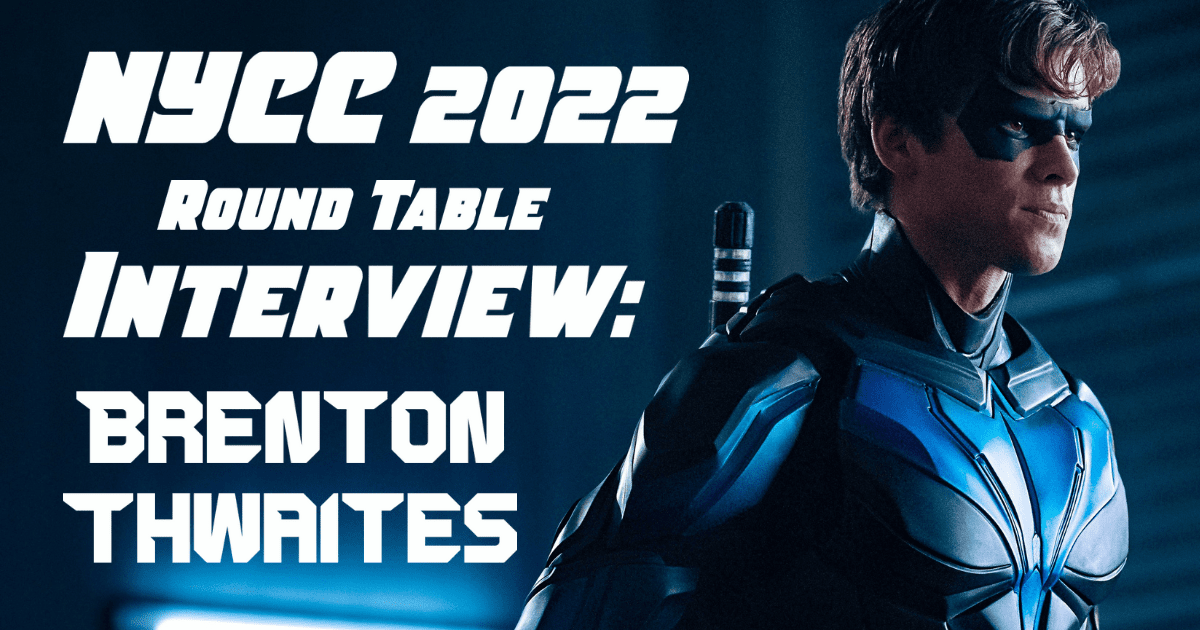 Comic-Con 2022 descended on New York City this past weekend, bringing with it tons of fresh new looks at what’s to come soon for some highly anticipated projects. Among those present at the convention was HBO Max’s Titans, which originally premiered on the now-defunct DC Universe streaming service before making the transition to HBO Max. During the show’s panel, the first trailer for season 4 debuted to much fanfare from excited fans present for the event. What was shown seems to be inching closer to the heroes from the beloved animated series Teen Titans, especially characters like Raven (Teagan Croft) and Beast Boy (Ryan Potter).

Also during the Titan’s panel, it was announced that this season will be split into two parts with the first part premiering on November third. Season 4 will premiere with two episodes and the remaining six episodes of part one released on a weekly basis. Part two, which will consist of six episodes, will premiere sometime in 2023.

Sitting down with Brenton Thwaites

In a series of round tables interviews, I was able to sit down and talk to the stars and showrunner/executive producer of Titans. Speaking with Brenton Thwaites, who plays Dick Grayson a.k.a. Nightwing in the series, we were able to gain some insight into what season 4 is bringing to our screens in just under a month.

Between some supernatural adversaries, a blossoming romance, and new young charges to train up for Team Titans, it sounds like Dick Grayson, and Thwaites as well for that matter, has his hands full. So without further ado, here’s the entire interview with Brenton Thwaites!

Interviewer: All right. So we’ll start with just a softball. What can you tell us about the upcoming season that you’re excited for fans to see?

Brenton Thwaites: Well, without spoiling everything, which I will totally do in the seven minutes we have, I’m really excited for fans to see the attention to detail and the specificity that was written into the backstory, into our villain. You know, we really do, me and Greg [Walker] have a conversation before every season about who’s the villain, who they’re gonna get. It needs to be someone that makes us feel unsafe, that can threaten us.

And, you know, right in the very first episode, we’re throttled. We have to figure out who these people are, and how to fight them. There’s supernatural villains this year. So It delves into an area that Dick Grayson was not familiar with. So he has to kind of reach out and involve people into his little circle that he necessarily wouldn’t like to involve, like Jinx.

And I think for the fans, they’ve seen a certain thing in (seasons) 1, 2, and 3. We’ve seen the hand-to-hand combat side of Dick Grayson that he’s learned with Batman. We’ve seen some great fights with Deathstroke, we’ve seen the psychological thriller, the storyline with Crane, and that was a great villain. We’ve seen a Titan go rogue, with Red Hood. And this is a chance for fans to really attach to the supernatural, dark magic, the occult, horror elements that I feel like a lot of fans in this genre, also love. So it’s kind of mixing a lot of elements that, that we haven’t ever done before.

Interviewer: We’ve seen you start this series as Robin then Nightwing. And now you’re there on the leader role, where do you take your character from here?

Brenton Thwaites: I’m only not Robin because I don’t fit in the suit anymore. The Nightwing suit can take me to 200 kilos. From here, I think that Nightwing, you know, he’s not a perfect guy. He’s not a perfect superhero. He makes mistakes. He has flaws. He is a character that inherently is trusting his instincts, you know. And sometimes, like everyone, they lead him down the wrong path.

And he has to kind of be honest with that, and kind of retract and self-right himself. I think from here on out, we’ll see Nightwing get more confident in his decisions, more trusting of the people in his team, and approach the situation, not from an egotistical point of view, but a best outcome point of view. And I think, in the past he would have kind of just gone out into the night and solved problems by himself. But now he’s smart enough to realize that his main strength is his team.

Interviewer: He doesn’t have to do everything by himself.

Brenton Thwaites: Yeah, exactly. He can delegate, and the supernatural is just another element that teaches him. Look, man, you don’t know everything about the world. You know, there’s things that you don’t know about, you need help, like, don’t be afraid to reach out and ask for help sometimes.

Interviewer: Is there anything you can kind of tease about the relationship between Tim and this season? Like him training and Robin…

Brenton Thwaites: Yeah, so you know, at the end of season 3 Dick says, jump on it, you know, come with us, I’ll train you up to be a Titan. And Tim jumps into the RV, super excited to become a Titan. He thinks it’s gonna happen tomorrow, But what happens is, Dick needs him to see how we operate, and to feel instinctively how we make decisions as a team and how we fight crime as a team and how we operate as a team.

And I think that is a big obstacle for Tim he has to learn to be patient. And you know, when his time is ready when his time comes… so now, yeah, yeah, he’ll be ready. But until that time, you’re not ready. And I think for him, it’s frustrating because he wants to fight crime, he feels ready. He feels like super eager to get out there and do his thing. But Dick knows that can kill him. You know, there’s severe consequences. We’ve seen what happened with Jason Todd,  with Red Hood last season when that happened. So Dick doesn’t want to make the same mistake. He doesn’t want him to go down a path that he couldn’t return from.

Brenton Thwaites: And also like the ninja clip, he doesn’t want to get him killed. Yeah, come along, you might die twice. Twice. You gotta die to be a Titan.

Interviewer: Now shifting a little bit, can you talk at all about the relationship with Starfire? Does that change? Is there anything different going on?

Brenton Thwaites: This does change. Yeah, in season 1 we had, you know, our romance kind of blossomed and dulled in 2 and 3, because we had more important things. She came to do a job and go back to Tamaran, but her plans changed a little bit. And my plans definitely changed when this, you know, this terrified girl came into my life and I had to kind of help her survive. Season 4, we kind of out of desperation, and circumstances we find ourselves in this position of leadership together. And through that leadership and teamwork and just the circumstances that we’re in, we find our romance again. We, throughout the season, start to realize, you know, what, we do have feelings for each other. And at the very end of the season, we’re honest about that, and we tell each other,

Interviewer: Do you think Dick seeing Kory in the Lazarus Pit vision kind of made him look at Kory differently and be like – Alright, now I kind of know who I am. I think we should try this again.

Brenton Thwaites: It’s a good question. Dick has this kind of avoidance to believing or accepting visions and dreams and Kory believes, you know, 100% in her visions and dreams. It’s kind of an interesting character perspective of the two. But as the season goes on, Dick starts to realize that some visions and dreams and some of those things are destiny. And some of them are there for a reason. And that’s one of them, it’s not something that he, relies upon for the basis of the relationship. But it’s something that reminds him of his love for Kory and kind of, you know, yeah, it just reminds him of that. And I guess, just teaches him to go forth and be true to that and honor that.

Where and When to watch Titans season 4

With the promise of a bigger story and enemies that push the Titans out of their elements, I look forward to seeing what happens next for our leader this team of budding heroes. Look for Titans season 4 to premiere on November 3, 2022, only on HBO Max. And stay tuned for more coverage of Titans as the new season approaches and more from our series of New York Comic Con interviews, coming soon from The Cosmic Circus!

If you haven’t already, check out our interview with Meg Donnelly and Drake Rodgers, stars of The Winchesters, a Supernatural spin-off currently airing on The CW!