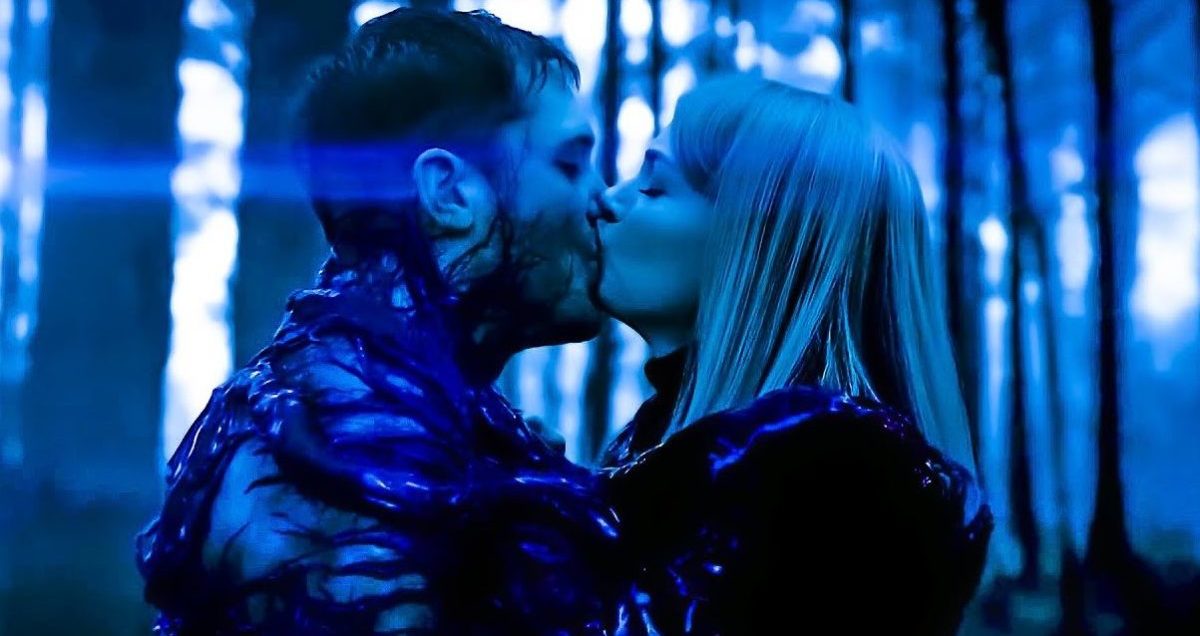 Sony has chosen to be forward in the marketing campaign and give another teaser for the upcoming Venom 2: Let There Be Carnage, the sequel to the 2018 box office hit with Tom Hardy as the titular Eddie Brock/Venom. In a thread on Twitter, the studio provided character posters for other leads from the film: Woody Harrelson as Cletus Kasady/Carnage, Michelle Williams returning as Anne Weying, and Naomie Harris as Frances Barrison/Shriek. And of course, one of Hardy partially rocking everyone’s favorite symbiote.

Within the tweet text for Michelle Williams, the tag line “She’s back in black”, and along the bottom a silhouette can be seen that looks just like her character after she bonded with Venom in the first film.

She’s back in black. Michelle Williams stars in #Venom: Let There Be Carnage, exclusively in movie theaters October 1. Tickets on sale now. pic.twitter.com/RjyKjI6OKl

Every poster contains a partial or full headshot of the actor/actress in their role, along with the silhouette of their matching powered persona, of which the other three having been confirmed for appearances in the film. Did Sony Pictures just spoil the reveal of She-Venom making a surprise appearance in this long-awaited sequel? Perhaps.

Since it’s already known that Eddie/Venom have to face not only serial killers Kasady/Carnage but his love interest Shriek along the way, it would make sense that she bonds again to either assist or rescue Eddie as she did in the previous film. Unlike the first film, this might mean we could see both Anne and Eddie share the Venom symbiote and team up together to save their world.

Within the trailer released a month ago, there are several cuts to Anne that indicate her importance to the story, and to Eddie. Even though they are broken up, he’s still in contact with her. Near the end of a new trailer for the sequel, it even shows her new fiancé beside her in a vehicle and Eddie “reactively” slapping his face. Earlier in the trailer (shared below), a photograph signed “Love, Anne” is shown. This may be a hint that Cletus will use that as a vulnerability to get to Eddie and Venom.

Is Anne the linchpin to Kasady’s entire plan, while also serving as part of his downfall? It would be incredibly interesting to again see Anne go from a two-dimensional woman in a superhero movie to a hero all her own. With the return of She-Venom in any capacity, it seems that Sony Pictures agrees with the fans that there is a strong future for Anne and her Symbiote companion and obviously the addition of others. Either as a continued support in Eddie’s adventures or perhaps in a project all her own. Though fans only have a little while longer before we get a bit clearer picture of She-Venom’s future and how it might develop.

Catch Venom 2: Let There Be Carnage exclusively in theaters on October 1st!