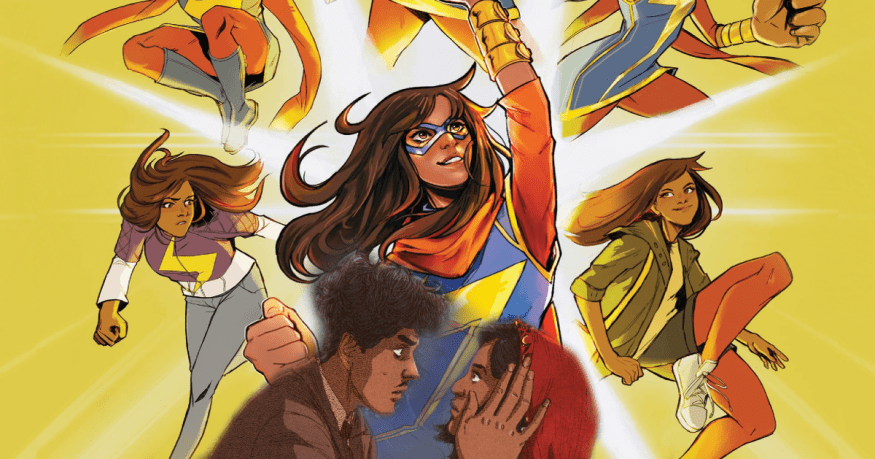 Last night, a new Ms Marvel rumor came to the Twitterverse via @MsMarvelNews. Apparently, they’ve heard that Fawad Khan and Mehwish Hayat are playing “Hasan” and “Aisha”, Kamala Khan’s great-grandparents, in the upcoming Ms. Marvel show. While this isn’t officially confirmed and we’re calling it a rumor (for now), this Twitter account has had good information in the past, and so we felt it was worth sharing.

🚨 EXCLUSIVE: Fawad Khan and Mehwish Hayat will be playing Hasan and Aisha, Kamala Khan’s great-grandparents, in a flashback scene in #MsMarvel. pic.twitter.com/JjhaF987Il

If what they say is correct, then it’s almost certainly for a flashback sequence. Hasan and Aisha were introduced in Ms. Marvel (2015) #8, in a short flashback set during the India/Pakistan partition. At the end of Britain’s occupation of India, the large subcontinent was divided along religious lines, with most Hindus staying in India and most Muslims being forced into the new country Pakistan. Before embarking on their dangerous journey, the pregnant Aisha prays on a shooting star for her daughter’s safety in their strange new future. In this way, author G. Willow Wilson crafted a beautiful scene layered with real-world history to tie the origin of Kamala Khan to the origin of Pakistan. Besides the dramatic impact and cultural relevance this would add to the Ms. Marvel show, this scene is also potentially crucial for Ms. Marvel’s rumored new superpowers. In the comics, Aisha hides money in her bangles while traveling to Pakistan. After she makes the trip safely, the bangles become a symbolic heirloom for their family and are lovingly passed down from mother to daughter for generations, eventually reaching Kamala and becoming an iconic part of her superhero costume. 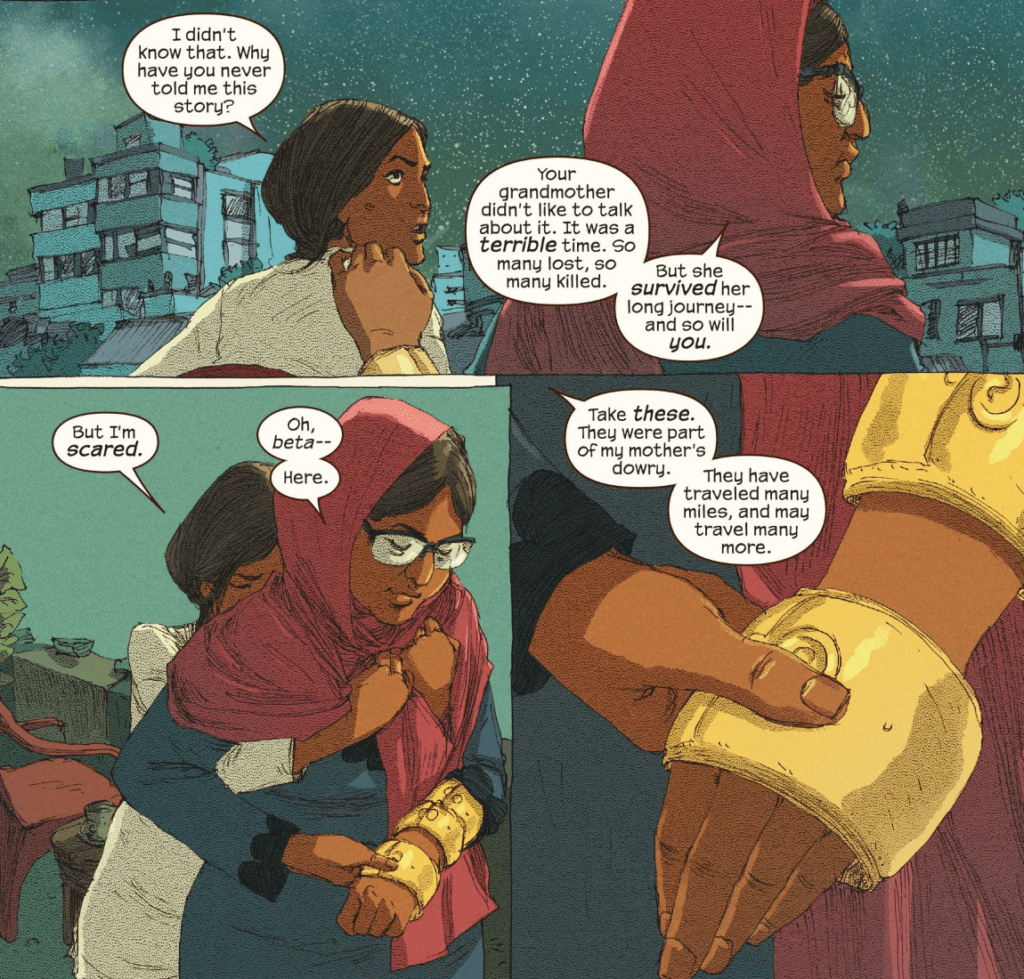 This is important for the Ms Marvel show because of a rumor that those same bangles could be the source of Kamala’s new powers (in the image below, notice that the purple hand is her bangles hand). Given that they were previously owned by at least three generations of women in her family, I think there is an open question of what these potentially super-powered bangles could have meant for the history of Kamala’s family. Were there really three generations of embiggening superheroes, or does Kamala unlock some special ability during the show? Could the powers be connected to Aisha’s shooting star? 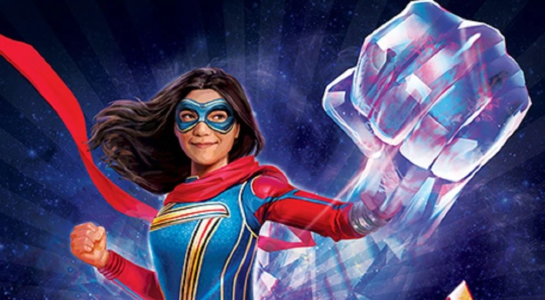 All the rumors about Kamala’s powers leave me with more questions, but they’re trivial distractions from the most important revelation here. Assuming this casting is true, it tells me that the show will not be shying away from the messy history of the Britain/India/Pakistan partition, and it will not be shying away from the important bangles uniting the women in Kamala’s family. This brings a smile to my face and gives me hope that, at the end of the day, the show’s heart is still in the right place.