With most Marvel or DC projects, sometimes there are big leaks and sometimes we get crumbs and tiny puzzle pieces to clue us in on what is going on in a project. In this particular case, this is definitely just a tiny piece, but fun to speculate about, nonetheless. Specifically, a recent listing on Mandy has indicated that we will see a return of the bright pink-skinned alien race Krylorians.

This one does require a little “connecting imaginary dots” work, but it’s still pretty obvious what the listing is referring to. Actress Jessica Zhou has indicated on her Mandy listing that she has a role in “Captain Marvel” as “Pink Lady”. The profile of the actress indicates that she will be filming for the upcoming Marvel Studios project in 2021-2022 and is located in London. With the date range and location, combined with the name, it seems to more specifically indicate the sequel to 2019’s Captain Marvel, titled The Marvels.

While the name of the role does not disclose any information about the specific character, the words “Pink Lady” do lend themselves to a specific alien race from Marvel Comics and one that we’ve seen before in the MCU: Krylorians. 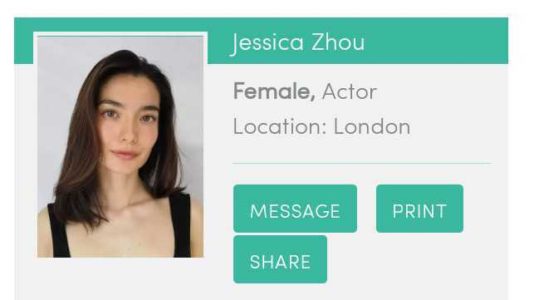 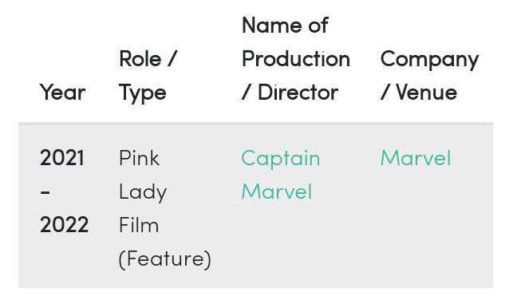 The Krylorians are a race from the planet Krylor that is known for their pink skin. Women from that planet are often sold into slavery and are seen as particularly beautiful even by other races. These aliens have been seen in movies such as Thor: The Dark World, as well as Guardians of the Galaxy vol. 1 and 2. Our main interaction with Krylorians thus far has been with Carina, the slave to the collector, who dies in a fiery blast when she grabs the Power Stone.

Bereet, Peter Quill’s spaceship fling in the first GOTG film was also Krylorian. And of course, we all remember that happy reunion between Xandarian Nova Corps member Rhomann Dey (played by John C. Reilly) and his Krylorian wife and child at the end of the first Guardians of the Galaxy.

It makes sense that fans would get a closer look at many different alien races in The Marvels, seeing that Captain Marvel (Brie Larson) has been among the stars ever since her initial adventure into the stars. However, does this mean that the stars of the upcoming movie could be taking a trip to the planet of Krylor? Or will we see more of these beautiful aliens enslaved to do someone else’s bidding? It’s possible to even see a flashback to Xandar or learn what happened to its citizens after Thanos’ attack. Many of them were Krylorians as well as Xandarians, and other races, after all. It’s hard to say at this moment what this “Pink Lady” means for The Marvels, though it will be nice to hopefully explore more of that among the stars and the people that live there.

The Marvels is currently filming at Pinewood Studios in the U.K. And is scheduled to release on November 11, 2022.