New Evidence Supports Daredevil and Kingpin to Appear in ‘Echo’ 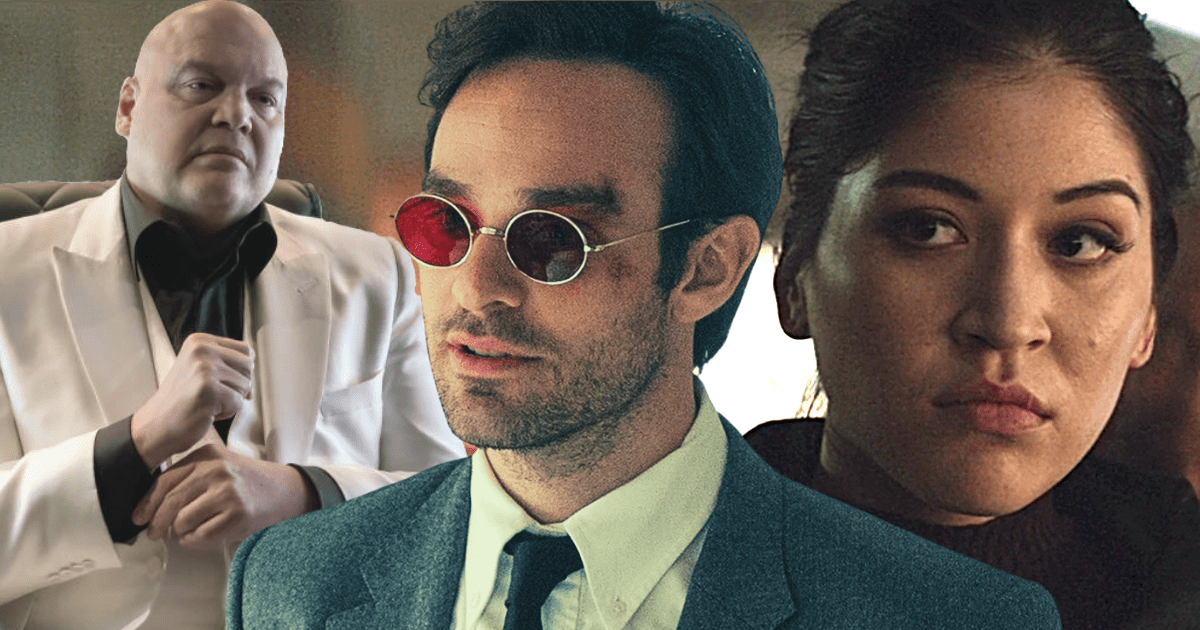 New Evidence Supports Daredevil and Kingpin to Appear in ‘Echo’

After Alaqua Cox’s exceptional first appearance as Maya Lopez in Hawkeye, it is no surprise that she landed a spin-off aptly titled Echo. With filming commencing on the Disney+ series rather soon, starting sometime in mid-April, it was only a matter of time until some information about it started to roll out.

And boy did some news come out. Huge news as some new evidence strongly supports previous rumors that Charlie Cox and Vincent D’Onofrio are set to return as Matt Murdock and Wilson Fisk in Echo. So let’s suit up alongside the Man without Fear as we dive into this exciting bit of information.

Daredevil and Kingpin – A Return by Design

First discovered and reported by The Cine Geek, Charlie Cox and Vincent D’Onofrio are cited as appearing in Echo through a costume designer attached to the project. Stacy Caballero listed Echo as one of the projects she is designing for on her resume, which can be found on her own personal website (Stacy Caballero).

Located under the heading “Costume Designer” Echo is listed with a date of 2023 with three actors’ names attached to the series; Alaqua Cox, Charlie Cox, and Vincent D’Onofrio. Not much more information is given about the project, with the exception of listing the director’s name as Syndey Freeland.

However, the resume also lists Black Panther: Wakanda Forever and Thor – Ragnarok as two other films that Caballero served as Assistant Costume Designer, indicating a history with Marvel Studios and their projects. While rumors have been spiraling for a while about a potential return of Daredevil and Kingpin in Echo for quite some time now, what does this all mean in terms of the show?

Kingpin and Maya Still Have Scores to Settle

That last time we saw Alaqua Cox’s Maya in Hawkeye, she was pointing a gun at Kingpin after learning the truth of her father’s death. While audiences heard a gunshot go off with a flash down the dark alley, a wounded or dead Kingpin was never shown. Rule of thumb with Marvel, if you haven’t seen a body the person isn’t dead.

The return of Vincent D’Onofrio as Kingpin indicates two possible scenarios for the series. The first is that Maya when she finds out that Fisk isn’t dead, spends a majority of the series attempting to finish what she started. This would result in a slow build as she searches for Kingpin as well as for who she is outside of his control.

The other idea rolling around in my head is that Kingpin is on a mission to find and get rid of Maya after her actions at the end of Hawkeye. Fisk is a prideful man who wouldn’t appreciate being brought down a peg or two by someone. Especially someone who he loves and is still alive. His anger would push him to search for Maya, showing his strength and power and sending a message to the larger criminal world.

Daredevil has had close ties with both Wilson Fisk and Maya Lopez throughout their comic history. Fisk and Daredevil tend to be at opposing sides frequently, a struggle that played out similarly over the three seasons of Daredevil’s television series. It would make sense that if Fisk is making a big move, Matt would be there to help bring him down. While he may at first be working by himself to stop Fisk, I could see Matt becoming a mentor to Maya as he starts her own journey to becoming a hero.

This exciting information about Cox and D’onofrio’s likely return isn’t the only exciting information from today about what’s to come in the Echo series. Ayla Ruby here at The Cosmic Circus reported that new casting calls were being circulated for extras in this series.

The report indicates that some of the extras needed would require major time commitments, indicating that part of the series takes place in a singular location. These individuals must be available from June 1 to September 2022, which is huge for an extra role!

Filming for the series will be under the working titles of “Whole Branzino” and “Grasshopper”, which may hint at the roles that Matt and Fisk will have in Echo. As speculated by Editor-in-Chief Lizzie Hill in her exclusive about the working title “Whole Branzino,” the title could hint at the villain of the series with big referring to a Kingpin return to the series. Seems like she was on the right track with her thoughts on that one!

“Grasshopper” could indicate the type of relationship Matt and Maya have in the series, something touched on earlier in the article. In true Karate Kid fashion, Matt will help train Maya as a hero, her being his “grasshopper” in the scenario.

Are you excited about the return of Charlie Cox and Vincent D’onofrio once again? I am beyond excited to see their continued involvement in the MCU and cannot wait to see what they bring to Echo and beyond.

Tell us your thoughts over on Twitter @MyCosmicCircus or at @Kitson301 and let’s keep the conversation going! And as always, if you like what you read here at The Cosmic Circus, please consider supporting the site by joining our Patreon!