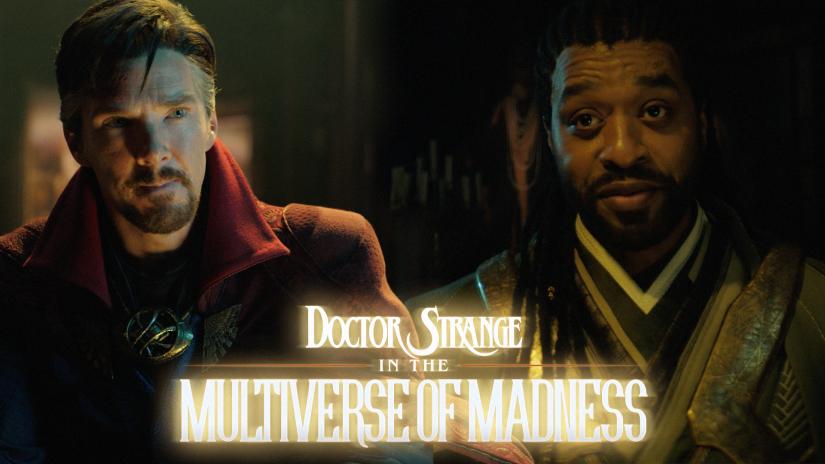 Much to the delight of Funko and Marvel fans everywhere, new images of Doctor Strange Funko Pops have just dropped for the upcoming sequel, and as you can see in some tweets below! Of course, we all immediately started to look them over – searching for clues about what is going on in the film. There were a couple of interesting additions spotted. One is a “Supreme Strange” which appears to be the same as the beardless statue that appears in the trailer, and another reveals a new as yet unknown character named Sara.

To start with, a few people on Twitter have already picked up on the similarity between the statue and this new beardless Supreme Strange Pop below!

There is also this new Doctor Strange (with beard) and an amazing-looking Chase!

As for this new character of Sara, it appears that there are a couple of different but strong possibilities, and once again Twitter fans have pointed them out. One is that this is Sara Wolfe, who is a secretary to Doctor Strange and a love interest of Wong in the comics. However, we’re not so sure that’s who this particular Sara is.

Baron Mordo's mom was named Sara, a sorceress who also wore purple. From Jean-Marc Lofficier's run in Dr. Strange #6-7. The issues also dealt with Rintrah & the Book of Vishanti, which seems very relevant to this movie…https://t.co/dLt5d0Q4he pic.twitter.com/1ARyKiVw4Q

Another Twitter theory is that this is Mordo’s mother Sara. As pointed out by @MaxmilianMarvel above, Sara Krowler Mordo was also a sorceress, and she wore purple – the same as this new Funko Pop of Sara.  As mentioned, she appears in Doctor Strange: Sorceror Supreme #6-7. Cosmic Circus writer Vin recently about that series in the Doctor Strange Reading Guide: The Darkhold.

One thing that may not match up, however, is the apparent youthfulness of the character. It would seem odd to make a Funko Pop of a character if this is merely a flashback or brief appearance to reveal more about Mordo’s background within the film. Another possibility is it could be that Sara is instead Mordo’s daughter. This would both explain the name, the youthfulness, her potential importance in the film, and the purple clothing that matches Mordo’s mother’s description.

What do you think? Who is Sara and how does she fit into Doctor Strange In the Multiverse of Madness? Let us know in the comments or on Twitter!