Moon Knight has come and gone, and while we let that shocking final scene of Jake Lockley and Arthur Harrow marinate, we’ve had some interesting info passed along. While nothing is written in stone, we have recently come across a Disney+ survey that strongly suggests that they may give us Moon Knight season 2. Read on for more details!

Many forms of feedback exist but a widely used one comes in the form of user opinion surveys. One that was directly shared with me was quite noteworthy as far as the most recent Marvel TV series goes. In this case, there was more than one instance asking about a second season or at least a recurring future for most characters from Moon Knight.

These surveys are distributed by Maru/Matchbox, who are a third-party global researcher that were commissioned by Disney+ to conduct these surveys. 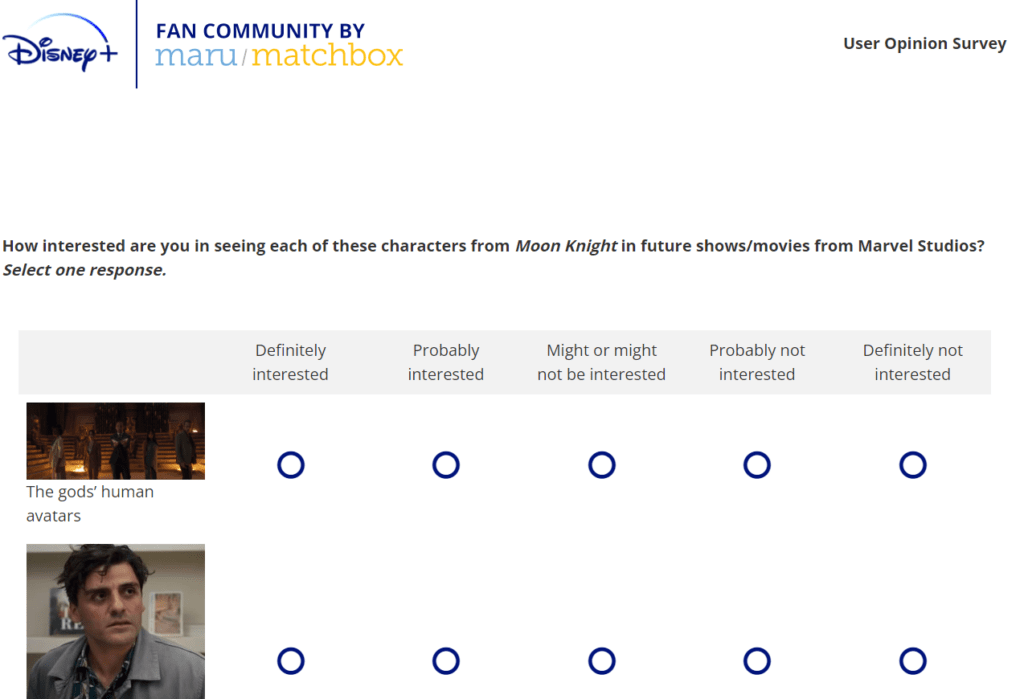 From the Maru/Matchbox survey, they posed many questions about Moon Knight. Here are the noteworthy ones:

1. “How would you rate the pace of this season of Moon Knight? Would you say it…”

2. “How interested are you in watching a second season of Moon Knight?”

3. “How interested are you in seeing each of these characters for Moon Knight in future shows/movies from Marvel Studios?”

4. “If there was a second season of Moon Knight, please tell us what you’d like to see more of or have future episodes focus on.”

The characters were listed in this order:

And yet to me, that wasn’t even the most interesting thing posed in the survey. The last question I saw was what inspired this article. Looking back at the post-credits scene we see Jake Lockley point a gun at Arthur Harrow and shoot him (although it happens offscreen).

But then we have this question on the survey: “Thinking specifically about the following characters featured in the first season of Moon Knight, what do you hope will happen to them if there was a second season of Moon Knight or in future shows/movies from Marvel Studios?”

So could Ethan Hawke’s Arthur Harrow still be alive or return in some form? It’s now a possibility.

But that’s not the only evidence out there that there is indeed a second season being considered! As we recall Marvel Studios had posted a promo for the “series finale” of Moon Knight and then deleted it and changed the wording to “season finale”. 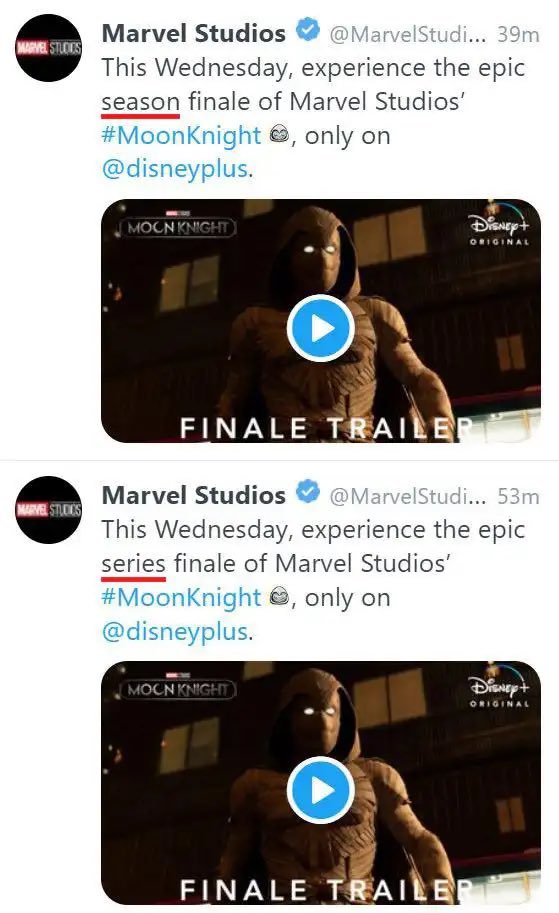 This was caught by many outlets and the sudden change of wording has been leading us to suggest that the second season of Moon Knight can indeed happen?

Would that be the next time we see Marc Spector/Steven Grant/Jake Lockley and Layla El-Faouly? Perhaps. But the wording of other questions gives me reason to think that they will pop back up in another project cough Werewolf By Night cough before they return to a second season.

Exclusions are also worth noting, in this case, Khonshu. From what I myself already know, F. Murray Abraham who voiced Khonshu has stepped away from his recurring role as C.W. on AppleTV’s Mythic Quest.

Not once on this form was Khonshu mentioned and in previous surveys that I’ve been sent, Khonshu was absolutely listed. Abraham dropping from Mythic Quest was very sudden, as it had recently been renewed for 2 more seasons. Yet he picked up a role on The White Lotus nearly 3 months to the day before the announcement of his departure from Mythic Quest.

The only other thing I can think of is that Khonshu is a given, but so is Oscar Issac’s Marc/Steven/Jake, which leaves me a bit confused about his status. Whatever the case may be, I do want to see him return. As I noted in my audio review of the first 4 episodes, I found him as a perfect casting for Khonshu. So, here’s hoping we get more of that booming voice.