Hello and welcome.to our very first edition of New Comic Book Roundup! With the coming week’s releases on the horizon, The Cosmic Circus beckons you to join us as we embark on a tour of some of this past week’s new comics! To kick things off, let’s open up with what feels like one of the pillars of Marvel’s current X-Line…

The Labors of Magic continue here! Auteur extraordinaire Vita Ayala pushes us further through the frozen wastes of Limbo as Illyana and company try to find their way out in the main story, while the fairy tale-esque flashback B-side further illuminates the harsh realities of Magik’s time under Bellasco’s thumb.

Ayala continues to demonstrate that they have no problem juggling the main cast of New Mutants, with Madelyn Prior in tow, as they encounter a surprising “new” face. At no point does Ayala lose their grip on the voices of these characters, and the plot continues forth at a satisfactory pace.

The two sets of art complement each other a great deal, and the contrast between the work of Rod Reis and that of Jan Duursema helps elevate both stories told in the issue. That said, the coloring and lettering by Ruth Redmond and Travis Lanham (respectively) tie the different pieces of the issue up wonderfully, giving readers yet another strong showing from this creative team.

Now as we venture out of the frozen hellscapes of Limbo, our next book from the Marvel side of the aisle takes us to the streets of New York!

The Killing Time Part 2 picks up right where the previous issue left off, with Zodiac’s plan to assault the Mission coming to fruition, as Marc’s gamble not only rises to the occasion but threatens everyone on both sides!

Jed MacKay, Alessandro Cappuccio, Rachelle Rosenberg, and Cory Petit prove yet again to be the perfect team for this book. Cappuccio and Rosenberg are an astounding pair, with the combined work resulting in gorgeous heavily inked pages full of the atmosphere and mood you’d expect of a Moon Knight title.

MacKay takes us through the issue at a breakneck yet comfortable pace. At no point did I feel like things were not moving at an appropriate speed in either direction. The issue’s final moments result in the appearance of a familiar face not seen at all in this run to this point, and we can’t wait to see how that plays out in coming issues.

The fine folks over at DC also had a strong showing this week, as the two biggest names in Gotham continue heading in very different directions!

With this book, Chip Zdarsky continues to show us he’s as much a man of many talents as the character he’s writing. This prequel series showcases a younger Bruce Wayne collecting the skills he’ll one day use as Batman continues to entertain. Carmine Di Giandomenico’s and Ivan Placencia’s visuals take us through the wilds of Canada as Bruce continues on his mission.

This jaunt carries out in a similar way to the previous issues, but the ending does manage to be different from what’s come before while not blindsiding the reader. The final confrontation of the issue provides us with an interesting inversion of a popular notion that has Bruce wound up isolated of his own volition. With this “mini” feeling like it’s coming to a close, I can’t wait to see how Zdarsky and the team wrap it all up.

Our next book takes us back to the future present as we go from the Canadian wilderness to the busy and bustling streets of Gotham proper:

Selina and Harley continue their rocky road trip through Gotham! After a pair of close calls with would-be assassins, they’re finally forced to turn the tables on their pursuers. This run as a whole has been a satisfying tour of Catwoman’s corner of the universe, and this issue is no different.

Selina Kyle is in good hands under Tini Howard’s pen, who’s done a great job at providing us with a fun time for each issue. Bengal’s art has given the last couple of issues a more lighthearted tone than perhaps is warranted by the narrative itself, but it’s by no means doing the book a disservice. It is still a noticeable change from Nico Leon’s work, which had helped craft the original feel of the book.

It feels like it goes without saying that Jordie Bellaire’s colors are nothing less than exceptional, and this book’s color work is no different. Yet another solid issue in the bag for this creative team.

Those are my review picks, but there were a lot of other great comics last week you may want to pick up at your local comics shop or online.

Honorable Mentions for other new comics:

I hope you enjoyed this quick rundown of some of the latest comic releases. I’ll see you next week with more! In the meantime, for more of our comics coverage take a look at some of our other articles under Comics and Collectibles.

How to Get Into Comics 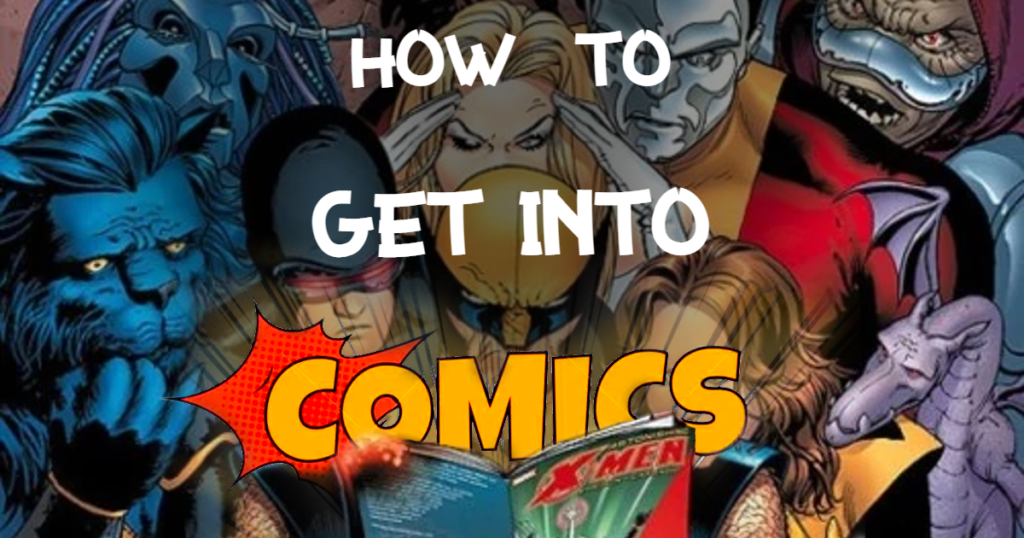