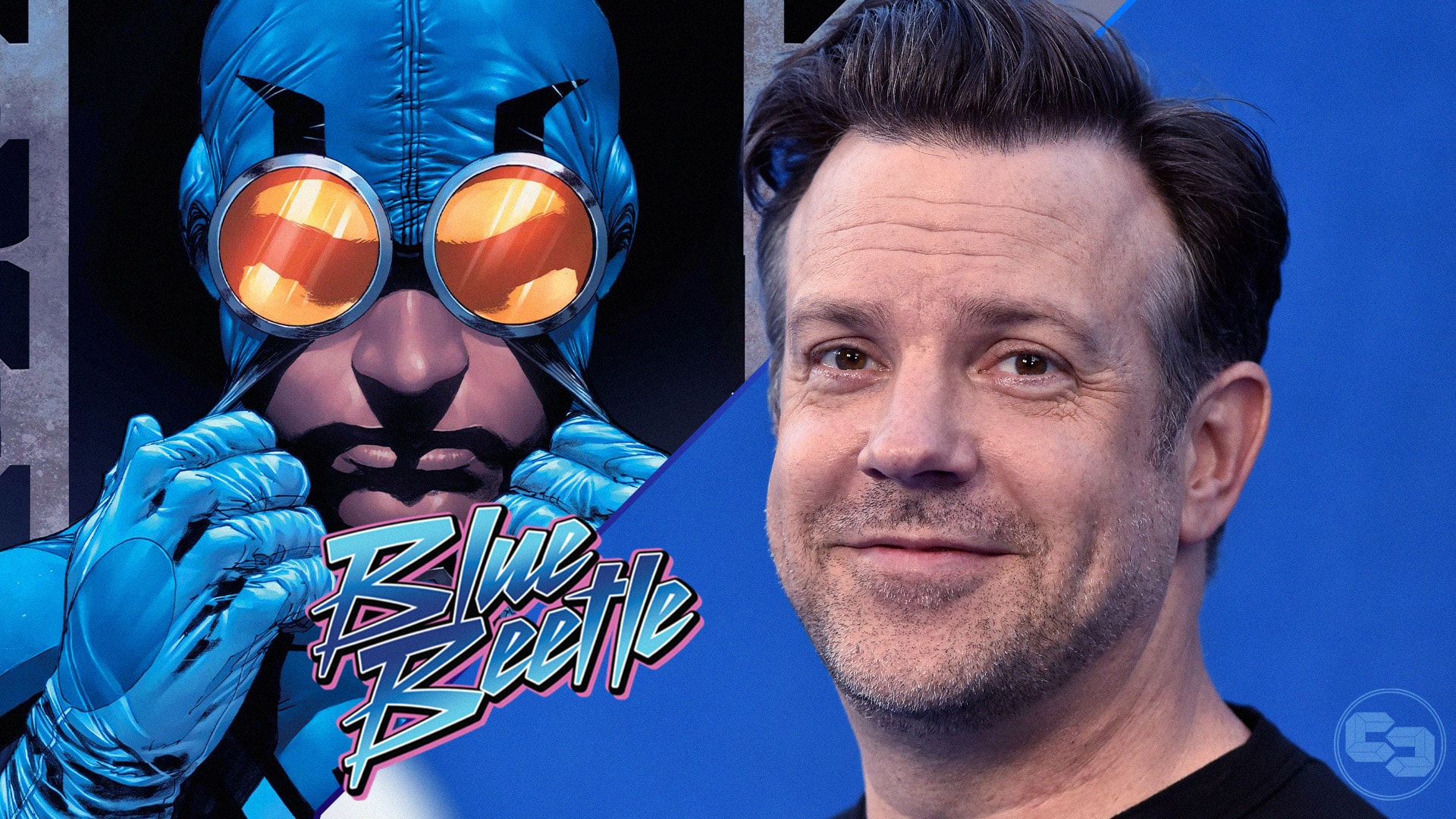 [UPDATE 5/24/22: Entertainment Weekly is reporting that they have confirmed that Jason Sudeikis is not in the “buzzy project.” Still, it’s a very interesting choice for the casting agent to make there and certainly had fans excited about the prospect. Here’s hoping the actor playing “Ted” is equally exciting for fans.]

DC film Blue Beetle, starring Xolo Maridueña, is filming in Atlanta currently, after a short stint in Puerto Rico, and we are currently eagerly awaiting the first live-action look at the superhero’s costume. As casting agencies look to fill out the cast with background and stand-ins posted on the web, occasionally some interesting bits of information about a film or show is dropped along with it. In this case, it’s particularly happy news, as it seems as if fan-favorite Jason Sudeikis will be joining the cast as the first Blue Beetle, Ted Kord.

The below listing comes through Bill Marinella Casting via Facebook. This is not only a confirmation of Ted Kord being in the film, but it appears that Sudeikis will be playing him if the image is to be believed. 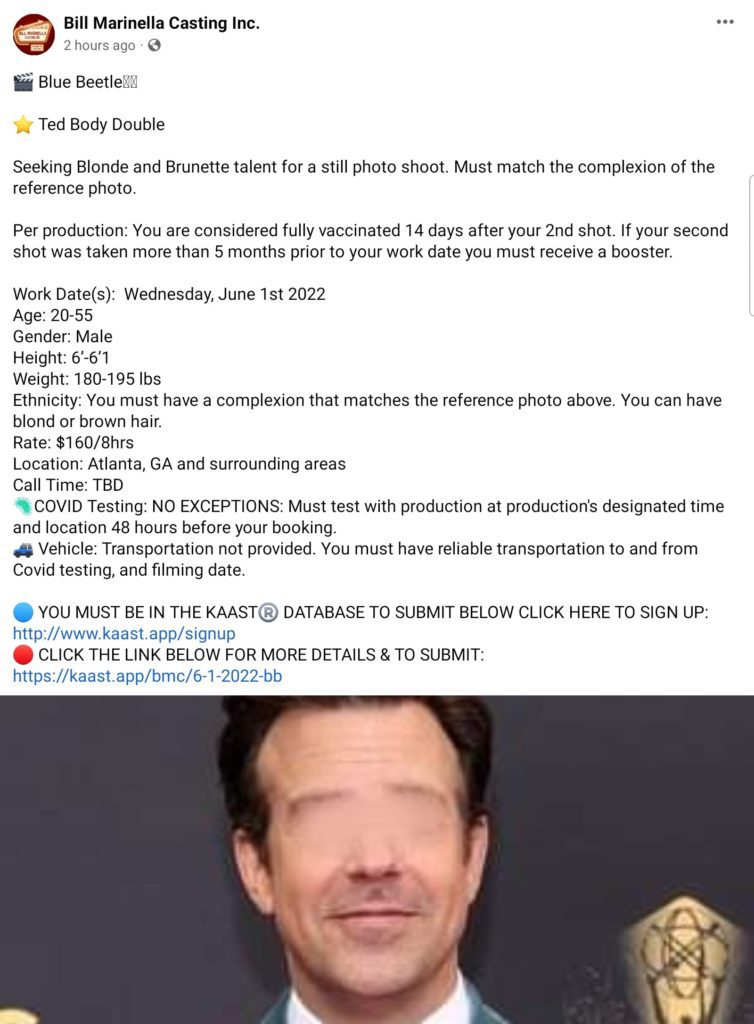 I can confirm through separate sources that I had heard Ted Kord would be in Blue Beetle a few months ago. At that time, it sounded like it might be mainly flashbacks and not a huge part in the film, but with this terrific casting, here’s hoping that changes!

[Potential SPOILERS for Blue Beetle below!]

Evidence Jenny (Bruna Marquezine) may be related to Ted Kord

I had also heard some time ago that female lead Bruna Marquezine’s character Jenny, might actually be related to Ted Kord somehow. This is where another listing on Marinella’s Facebook gets very interesting. 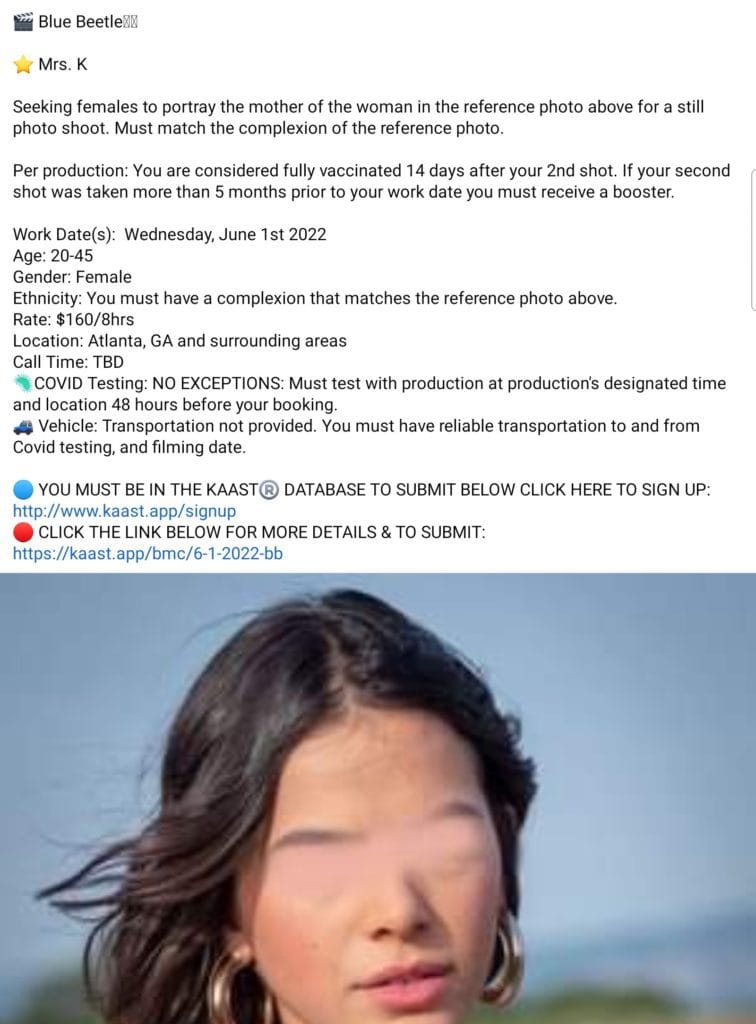 The image of the woman listed above matches an old shot of Marquezine. So there is no doubt this is her. The listing also says they are looking for someone who could play this actress’ mother and they refer to the character as Mrs. K. .

It is not a stretch to think that this character is Mrs. Kord, potentially Ted Kord’s wife, and Jenny’s mother. In any case, this means that Jenny, who is also described as Jaime Reyes’ love interest, is potentially a Kord (as I had heard she might be a few months ago) and possibly even Ted Kord’s daughter.

How exactly villain Victoria Kord, played by Susan Sarandon, ties into all of this, and what exactly her relationship is to Ted Kord or Jenny, has yet to be revealed. But this movie gets more and more interesting by the day.

What do you think? Are you excited to have Ted Lasso star Jason Sudeikis as Ted Kord? What do you think his relationship to Jenny or Victoria is? Let us know in the comments or on social media @mycosmiccircus!