Netflix’s ‘The Witcher’ Series Past, Present, and Future 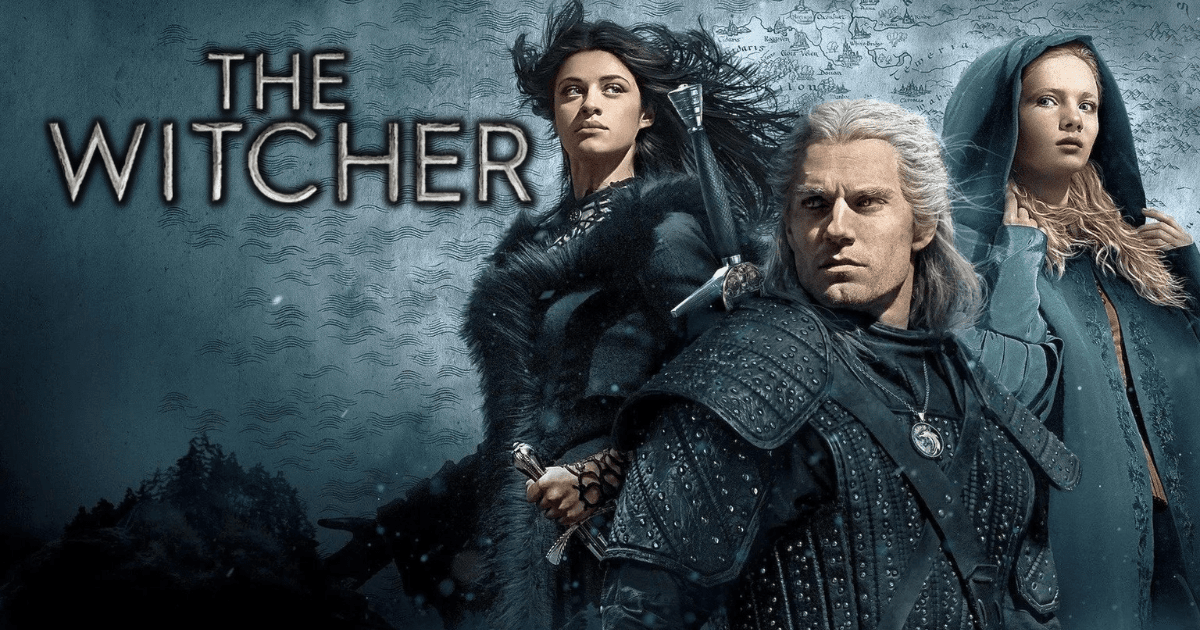 Netflix’s ‘The Witcher’ Series Past, Present, and Future

If you didn’t know already, hit Netflix series The Witcher is based on popular fantasy books written by Polish author by Andrzej Sapkowski. The entire series consists of two volumes of short stories, a five-volume novel saga, one novel outside the saga, and two short stories loosely related to the story of Geralt of Rivia. The Witcher saga began to gain popularity worldwide only after the huge success of the game The Witcher 3: Wild Hunt and the announcement of the creation of the Netflix series. But after these three years, does Netflix still know what it’s doing?

[Warning: Spoilers from The Witcher series seasons 1 and 2 and the books are below!]

What exactly is Netflix’s The Witcher series about?

As mentioned above, The Witcher series from Netflix is loosely based on the story from Andrzej Sapkowski’s books, not CD Projekt Red’s games. In fact, the games are considered canon by some fans and non-canon by others and they are irrelevant to the Netflix version of the series. They are simply set in the future several years after the last book, and their story was created solely by CD Projekt Red, not Sapkowski. (For more about The Witcher books and author Andrzej Sapkowski’s page on Good Reads)

The first season of The Witcher is based on Sword of Destiny and The Last Wish, with events set before the first novel Blood of Elves. The story begins at different points in time, exploring formative events that shape our main characters throughout the first season, before eventually merging into a single timeline.

In the first three episodes of the Netflix series, we’re introduced to our three main characters – The Witcher/Geralt of Rivia (Henry Cavill), Yennefer of Vengerberg (Anya Chalotra), and Ciri (Freya Allan). Through these episodes, we can see how Geralt earned his undeserved title of “Butcher of Blaviken,” how Yennefer became a powerful sorceress, as well as why Ciri’s home Cintra was destroyed and what this season’s main villains the Nilfgaardians want from her.

Throughout the rest of the episodes, we get to see how Geralt met Yennefer (looking for a djinn to get the magical three wishes), how Jaskier (Joey Batey) became one of Geralt’s best companions (until the demise of their forcibly formed friendship), and how Ciri became Geralt’s destiny.

Geralt and Ciri are linked by destiny since before she was born when he unknowingly demanded her as a reward for his services to her parents by invoking “the Law of Surprise”. “The Law of Surprise” basically is a gamble, because the person invoking it never knows what they might acquire from it. By requesting this law, you simply request from another person that “You will give me the first thing you find/that comes to greet you in the house that no one expects”, and that’s how Ciri became Geralt’s destiny. At the same moment that Geralt meets Ciri, the Battle of Soden is taking place nearby, with Yennefer using the remnants of her power to stop the Nilfgaardians.

This season of The Witcher is certainly a good entry point for those unfamiliar with that universe. You don’t have to read books or play games to understand what’s going on, because although the story is shown chronologically, at the end you’ll understand everything that happened. Personally, as a big fan of the games and the entire universe, I like the way this season was produced. At the very least, each character was very well written, and the locations where the season was filmed were varied and distinctive, allowing us to get even more into the mood of the series.

Netflix hasn’t changed much when it comes to adapting these 2 books for the storyline of season 1. Admittedly, there are some changes in the plot and course of events compared to the book, but they do not affect the plot of the Netflix series. The case is different when it comes to season 2, however.

Is the second season of The Witcher a stab in the back for fans?

There’s not much to write about the second season of The Witcher, except that it was based on the first book of the saga, Blood of Elves. And that’s about where we can end our comparing the story of Netflix’s The Witcher with that of the books. Netflix has decided to change many more things compared to the number of changes from the first season.

Some might say that’s good that they’re changing something for the sake of their vision and want to be inspired by the books and yet create their own story. Another person might say that it is the worst decision they could have made.

Season 2 of The Witcher begins where the first season ended. From the very beginning, we follow Geralt and Ciri’s journey to a Witcher fortress called Kaer Morhen, where Ciri would undergo Witcher training. Meanwhile, we learn that Yennefer is alive and taken hostage by a Nilfgaard mage, Fringilla Vigo (Mimî M. Khayisa), but we learn that she has lost her magic and Ciri is the only person who can restore it.

When arriving at Kaer Morhen, Ciri meets Geralt’s sewn-in brothers Eskel (Basil Eidenbenz), Lambert (Paul Bullion), Coën (Yasen Atour), and his mentor and father figure Vesemir (Kim Bodnia). The whole Kaer Morhen act was good and showing us Geralt’s relationship with the other Witchers was amazing, even the addition of Triss Merigold (Anna Shaffer) to this story arc. Unfortunately, the whole season started to fall apart with the death of one of the brothers, who in the books was an important part of the story.

After this event, Vesemir tried to create more witchers using Ciri’s blood. Once Geralt found out about this he left Kaer Morhen with her. Along the way, they met up with Yennefer, who escaped from the Nilfgaardians, and found Jaskier, who had helped her. Sometime later, she kidnapped Ciri to restore her powers, and eventually, Geralt found her and promised to do everything in his power to help her. He found out with the help of Jaskier, whom he rescued from prison, and in doing so they buried the hatchet and became friends again.

This was a very good story arc for Jaskier and it restored my faith that this season could still somehow work out. And then suddenly the season finale came and everything went to pieces the moment Ciri was possessed by a demon after returning to Kaer Morhen and wound up killing half of the witches there.

Of course, the demon left her, and Yennefer regained her powers. In the process, Ciri, Geralt, and Yen saw a vision in which the infamous Wild Hunt starts hunting Ciri.

It was a bad season, in my opinion, with a lot of filler episodes, but one thing we have learned is that if Jaskier is the main part of some episodes, they will be the best of the season. In addition, as I mentioned earlier, the second season is based on Blood of Elves, and yet the elf arc was so poor here that it could have been left out completely.

This year Netflix’s TUDUM only gave us a new poster and a behind-the-scenes video, which was not very long. But don’t be sad, because I’ll tell you more about what we can expect in season 3.

As we have known since the end of season 2, season 3 will be based on the book The Time of Contempt. All I can say without spoiling anything is that in season 3 we will see more bonding between Yennefer and Ciri. Geralt alone will do everything to find out who exactly wants to hunt Ciri.

We’ll also see why Sigismund Dijkstra (Graham McTavish), whom we saw briefly in season 2, wants to meddle in each side of the conflict, which will be a big part of the story in season 3. However, as with the other books in the Witcher Saga, this season will be mostly about our trio of heroes.

We have a very good soundtrack from Joseph Trapanese, which has created a lot of great atmosphere in the series. All the other “The Witcher” characters we met in previous seasons like Vilgefortz (Mahesh Jadu), Tissaia (MyAnna Buring), Cahir (Eamon Farren), Triss Merigold (Anna Shaffer), Emhyr var Emreis (Bart Edwards) and Jaskier (Joey Batey) will also return in season three. At TUDUM it was announced that we should expect The Witcher season 3 premiere in summer 2023.

As in season 2, you can expect that there will be very big changes in the storyline and all other side arcs. Of course, I’m a big fan of The Witcher universe. Despite my dislike of season 2, I don’t think it was as bad as some fans think. Love it or hate it, Netflix is making its own version of The Witcher, with its own interpretations of the books. That being said, Netflix’s The Witcher series is still one of my most anticipated series in 2023.

The Time of Contempt is nigh. 👀

The Witcher returns to Netflix in Summer 2023 #TUDUM pic.twitter.com/MUzOKXwFjV

Are you excited about The Witcher season 3? Were you disappointed in the previous seasons? Let us know what you think on Twitter @mycosmiccircus!

For another perspective on season 2, check out Brian’s review below!

Review: The Witcher Season 2: Even Better than the First Season