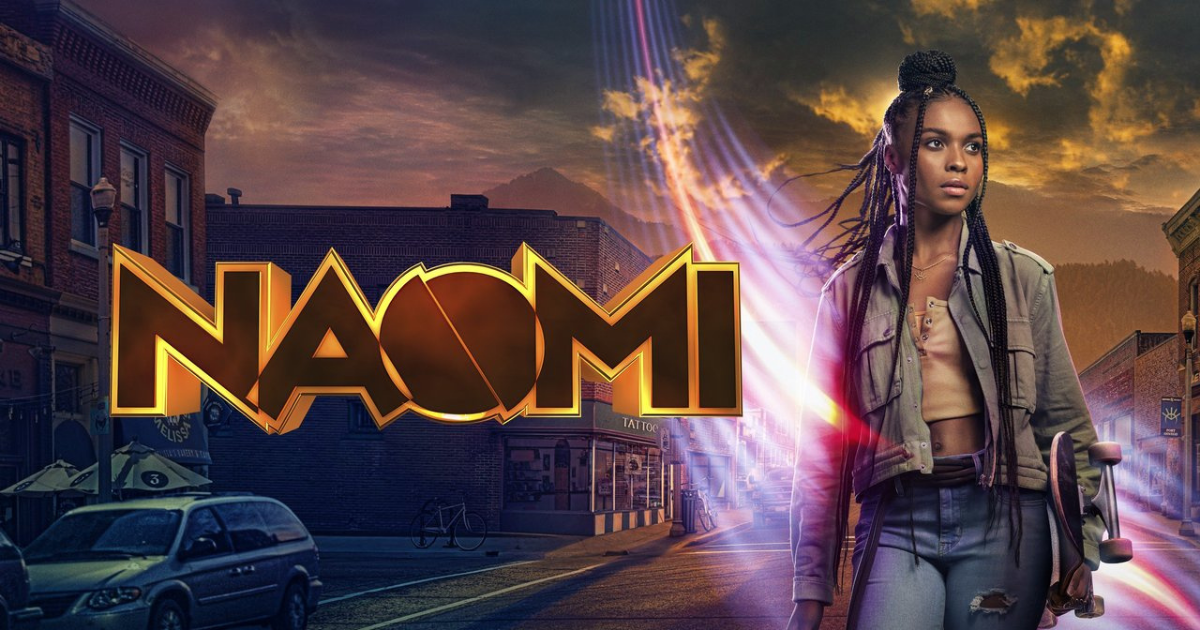 Naomi felt huge from the moment the DC series was announced back in December 2020. This was to be expected with a name like Ava DuVernay attached to the project. After what felt like an incredibly long wait since the announcement, the newest Arrowverse show has finally arrived on the CW Tuesday evening. Did the show live up to all the hype, or did it fall flat? Let’s dive in!

[Warning: Spoilers from Naomi’s premiere are below!]

Naomi McDuffie (played by Kaci Walfall) is just your normal teenage girl in high school. She excels in her classes, has a great group of friends, and has a love triangle that is essential for all teenage dramas on The CW. She is also irrevocably obsessed with Superman, running the world’s third most successful Superman blog.

Her reasoning for loving Supes so much is that they are both adopted, which was a nice and heartwarming touch to developing the character as a whole. However, the writers spent most of the first episode reminding viewers just how normal and average she is.

This all changes when Superman actually shows up mid-battle in the town square. At that moment we see the break in the perfect student, as Naomi rushes out of debate club to snag some footage for her blog. Though how can Superman be in the town square when all episode Naomi, along with the viewers, are reminded that Superman isn’t real in this world? That’s a big question that Naomi plans on getting to the bottom of.

The rest of the episode played out like a typical CW show. There’s a mystery to solve and the “Scooby Gang” is going to get to the bottom of it. As the mystery develops, so do Naomi’s powers. Viewers saw glimpses of her true potential, first with an improvement in her vision, resulting in her no longer needing glasses. This eventually develops into controlling elements when confronting the spooky guy who owns the car dealership in town.

The Superman debate within the show was something that caused headaches. Everyone in the show reminded Naomi consistently that Superman does not exist, a point that she agrees with many times.

However, at the first mention of a fictional character flying through town, she excitedly flees school to see more. Then less than twenty minutes later, perhaps a day in the show, she was willing to believe that the tattoo artist faked it? The whiplash from moment to moment was exhausting, leaving me wondering if the workers behind the screen really knew what they wanted.

Many of the characters in this show so far felt underdeveloped, specifically Naomi’s friends and classmates. Annabelle (Mary-Charles Jones) is Naomi’s best friend but felt as flat and bland as a Chuck E. Cheese pizza.

The rest of her gaggle of friends are potential love interests that had at most a line or two in the entire show. Even her parents Greg (Barry Watson) and Jennifer (Mouzam Makkar) felt extremely superficial. Even moody tattoo artist Dee (Alexander Wraith), who seemed to know way more about Naomi’s life than a stranger should know, was just two-dimensional as a downtrodden artist.

Perhaps this underdevelopment is by design. With cameras around the entire city, people knowing more than they should, and everyone but Naomi coming off as actors, the show gave off some The Truman Show vibes. Perhaps everyone in the town is there to observe or help develop Naomi’s powers? Only time will tell, but that would be the interesting twist this show needs to not be dead on arrival.

Kaci Walfall was exceptional in the role of Naomi. She was charming and seemed to be excited to be in the role. And who wouldn’t? Being a superhero in the Arrowverse is an amazing opportunity. She definitely overshadowed anyone else she was in a scene with, between her captivating smile and her fantastic acting skills. I look forward to seeing much more of her in the future.

While this wasn’t my favorite first episode for an Arrowverse show, I think that Naomi has a lot of potential. It spent a lot of time setting storylines up that should carry us through the entire first season. If you had reservations about the show prior to watching it, I would encourage that you still check it out and give it two or three more to see how the magic of Naomi can grow.

Naomi currently airs Tuesdays on the CW and the next day on The CW App. What do you think about Naomi so far? Let us know on Twitter @mycosmiccircus!