My Picks For The New Justice League 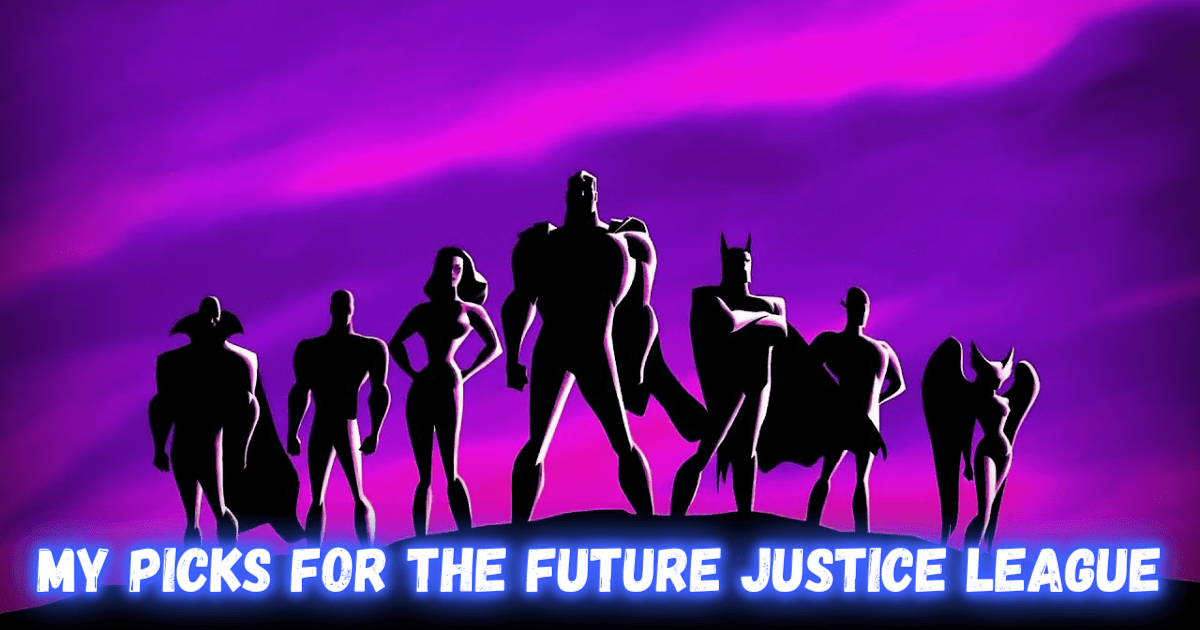 My Picks For The New Justice League

With James Gunn and Peter Safran becoming the new bosses of DC studios, we’re getting the big reboot of the whole DC cinematic universe. We know that Henry Cavill, Ben Affleck, Gal Gadot, and most, if not all, of the rest of the actors that played iconic roles in those films won’t be coming back. As we wait to see what the official casting will be for a new Justice League lineup, I thought I’d share picks for members of the Justice League and actors/actresses who would play them.

Chiwetel Ejiofor was a candidate to star in Guillermo del Toro’s version of the now-canceled Justice League: Dark. He was one of the options to play Jason Blood a.k.a. Etrigan the Demon (a DC anti-hero who has been alive since the 6th century). But now, I think Ejiofor could play one of the original members of the newest Justice League.

If Ejiofor were cast in the role of J’onn J’onzz, I’d love to see a solo film telling us the story of J’onn on Mars, the story of his family, how he lost them. We could see the Martian Civil War, and then his escape to Earth.

An alternate story I’d love to see for J’onn would be a crime drama where he works as a detective on a very sensitive case. Throughout the film, we could have flashbacks to the most frightening moments from his past.

Chiwetel Ejiofor is, in my opinion, an ideal actor to play the famous green alien, especially since Martian Manhunter is very recognizable thanks to his excellent voice. Ejiofor has a perfect voice for it.

The first Big Three figure on this list is Diana Prince a.k.a. Wonder Woman. She is the first female superhero in the DC universe and has had many adventures since her introduction in 1941. Given her importance to the Justice League, she must also be one of the first characters to be introduced in upcoming projects from the new DCU.

For me, one actress who would be perfect for the role is Leighton Meester.

Leighton Meester can play a character that is meant to be funny and serious at the same time, just like Wonder Woman can be in the comics. This new Wonder Woman can safely be an interpretation straight out of Brian Azzarello’s run, that is, similar to what Patty Jenkins has shown us in her films, but different nonetheless.

Rather than repeat her origin story again, I’d like to see the next incarnation of Wonder Woman in a story focused on her character as an established heroine.

For 8 years from 2011, Gabriel Macht was known as beloved and as the one and only Harvey Specter from the Suits series. He played a very confident, cocky, witty, and out-of-the-box thinking lawyer who will do anything to achieve his goals and became a fan favorite from the first seconds on screen.

Agent Liberty is an anti-hero/vigilante who can sometimes even act like a villain. Benjamin Lockwood worked as a CIA agent who left them when he learned of their ways of ending conflicts and missions. He began to hate the government and became Agent Liberty to overthrow them.

In my vision, Agent Liberty can actually be an anti-hero who was brought to the good side by other heroes. They saw the good in him and helped him understand that his skills could be used for a better purpose.

Being highly skilled in military tactics, marksmanship and hand-to-hand combat, Gabriel Macht could easily give us a Harvey Specter version of Agent Liberty, but a more good one. Although Macht gave up his acting career to spend more time with his wife and children, he can always return to acting in a role like this one, which is perfect for him.

Garrett Hedlund is one of the actors I really like, and I’ve been following his career since his fantastic performance in Tron: Legacy. He’s a charismatic actor who gives 110% to the role.

Hedlund’s version of Bruce Wayne may be very similar to the one we got from Jensen Ackles in his animated appearances. As Bruce Wayne, he’d have to play the billionaire playboy, and when the mask is removed and Batman appears, well, let’s just say the badass inside him has to be turned all the way up.

Because of his roles as Qin in The Mandalorian and Arondir in Lord of the Rings: the Rings of Power, Ismael Cruz Córdova has become one of the most recognizable actors of the past few years. His acting skills helped us understand Arondir’s story, his pain, his discovery of new feelings, and even his relationship with nature.

As Ray, Córdova can show us similar skills and go even further. We’ll get to see the pain that Ray’s father caused him by keeping him at home and telling him lies about why he can’t go outside. Ray had to be kept in the dark to avoid activating his powers because as a kid he didn’t control them and could do a lot of damage.

Córdova can easily give us a strong, brave, relentless, and rule-abiding Ray as well as a young, brooding, excited, and show-offy newest member of the Justice League.

Cameron Monaghan as Wally West a.k.a. The Flash

Associated with his roles as Cal Kestis in the Star Wars universe or as Ian Gallagher in Shameless, Cameron Monaghan is not a newcomer. When it comes to the DC Universe, he played the roles of Jerome and Jeremiah Valeska in Gotham series. He in fact played the Joker, but due to licensing problems, they couldn’t call him that. Nonetheless, Monaghan is highly praised for his interpretation of the character and is very often called an actor that fans want to see again in the DC Universe in any role.

In my opinion, the ideal role for him would be Wally West a.k.a. The Flash, who is a very important member of the Justice League team.

Monaghan has already shown that he can play a sweet, funny, nerd who wants to do some good in the world. Wally West is just the character for him. Thanks to the rise of the new Justice League and James Gunn mentioning that his inspiration will come in part from the Justice League animated series and Young Justice, we may see him too. In both, Wally West was an important character who saved the world many times.

You may know Evanna Lynch as Luna Lovegood from the Harry Potter films, but my idea to cast her as a sorceress in the DC universe is pure coincidence. I think her incarnation of Zatanna could be one of the best when it comes to female live-action roles in the DC universe.

Zatanna is best known as a member of both Justice League and Justice League: Dark. I believe that in the early stages of building the DC universe, the main focus will be on the main team, and in my opinion, Justice League should have its own magician. That could be Zatanna, who takes the place of her father Zatarra in this group and wants to prove that she’s not worse than him.

We could see Zatanna be quite confident at the beginning of her journey with the Justice League, then desperately trying to prove that she’s worthy of being a member, and finally understanding that being a hero doesn’t mean being the best there is.

Being the oldest character in DC comics, Superman must be a hero who has a guaranteed place in any Justice League team. When you cast an actor who has to portray this very iconic character, you have to do it perfectly, down to the last detail. For me, the actor who will (unfortunately) replace Henry Cavill should be Ian Harding.

From Harding’s previous roles, I think he’s the perfect choice to show us his role of Clark Kent/Superman the way James Gunn wants to see him, as a young and awkward reporter who has to balance his life between two jobs – as a journalist and as a hero.

This new Superman may be inspired by Christopher Reeve’s incarnation, where we saw many clumsy scenes with Clark Kent but then he perfectly transformed into our hero Superman. Harding could give us the kind of Superman we’ve seen in many cartoons and comics, where he was a friendly hero to every person. A hero who, if he thought that he could redeem someone, he never gave up on proving that there was good in them.

Do you agree with those picks? What are your casting picks for new Justice League roles? Let us know on Twitter or The Cosmic Circus Discord.