My Character Predictions For The ‘Loki’ Finale 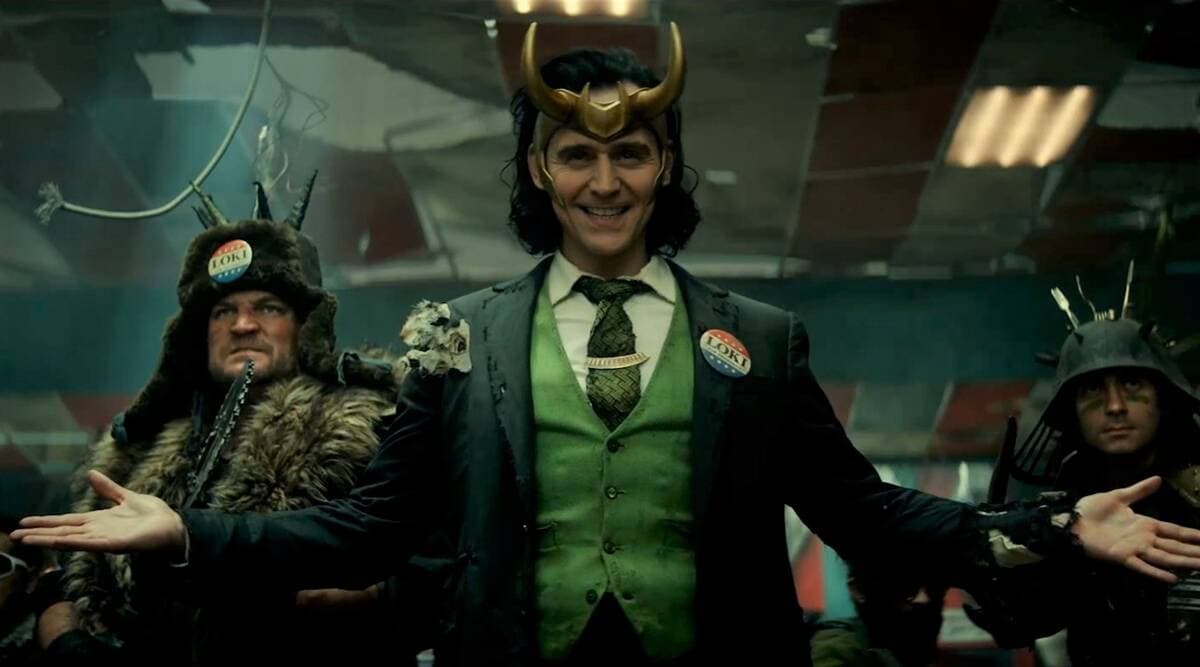 My Character Predictions For The ‘Loki’ Finale

POSSIBLE SPOILERS FOR LOKI EPISODE 5 BELOW!

Ever since Loki graced our screens on June 9th, he has undoubtedly charmed audiences across America. All the questions and baggage that came with starting a show with a character that was not the same version of a character that died three movies ago are GONE. People are in love, and for good reason. The choices made for this show, top to bottom, have been magnificent. I, for one, have been staying up until 2 AM waiting for the episodes to come out.

Now, without further ado, here are my predictions for the Loki finale.

They had a lot of ground to cover for this character. They had to bring this Loki variant up to speed through 6 years of movies in 1 episode just to make him feel familiar and likable — and yet they did it with ease. Much of this reception and accomplishment, of course, is due to the incredibly talented Tom Hiddleston. After just one episode people were in love all over again, as if he hadn’t been strangled by the Mad Titan in the first 10 minutes of the crossover film of the millennium.

Now, through the subsequent four episodes, they’ve given Loki a new mission statement: Loki can be whoever he wants to be. This is something repeated time and time again by characters from all over, whether it be Mobius or Classic Loki. They’ve made it a point to tell us that Loki’s stepping out of place is a problem, and the entire purpose of this show is for us to watch these characters step out of place. That’s exactly what I think will happen with Loki.

Loki has made it very clear that he is no longer operating for selfish reasons. He and Sylvie worked together on Lamentis, he and Mobius have built a great partnership, and he even had to practice teamwork with other versions of himself in the latest episode. I think that theme will continue in the finale. Loki and Sylvie have just succeeded in enchanting Alioth and are headed towards a mysterious location that will seemingly act as a set piece for the finale. I fully expect Loki, in some way, to sacrifices himself in order to save the day. He doesn’t have to die, he doesn’t even have to be heavily wounded, this could be an emotional sacrifice of some sort, but to close out and enforce that “anti-selfish” agenda, I expect him to make a big sacrifice.

Sylvie, played by Sophia Di Martino, has been a character that I feel has been given the short end of the stick, and I hope to Odin that pays off in the end. Lamentis was the episode that, by far, gave the most information about her character. And besides any meaningful conversation with variants of herself, all we’ve been given is a brief flashback showing her capture by the TVA.

Her story is a tragic one, and her arc seemingly hasn’t revealed itself yet. I expect that maybe in the end she will have a flat character arc. For those unfamiliar, a flat character arc is when the character has already gone through that big change or “discovered their truth” before the story begins. Usually, those character’s jobs are to change the characters around them (think Goku or Superman). In this case, that is absolutely true. Sylvie has changed Loki, Mobius, and Hunter B-15’s lives for all eternity, and I think that will remain true in the finale. Maybe she has one more character to change in the end.

Mobius M. Mobius, is probably the most fun character to watch in the show. Not just by way of him being incredibly performed by America’s Sweetheart Owen Wilson, but the fact that they’ve given him such a strong character arc.

In the beginning, he was confident in his job and dealt with Loki as if it was just his everyday pick-up or a normal day at the office. But then he kept finding himself defending Loki, and they developed great camaraderie. By episode 4, Loki completely convinces Mobius that the job he has known for his “entire life” is a fraud. That Mobius had a life beyond the TVA. Since that moment, Mobius has been on a journey of self-discovery. I think that in the finale, now that he’s headed back to the TVA from the Void, he’ll act as a mouthpiece for the truth. He’ll spread the word that the TVA is lying and start a revolution. Maybe he’ll free B-15 in the process, and we can finally see them burn down the TVA.

Ravonna Renslayer is a curious case. Actress Gugu Mbatha-Raw has described Loki as Ravonna’s origin story, which creates some interesting connections in my brain. Ravonna is a character mostly regarded alongside Kang the Conqueror in the comics (we’ll get to him). But her “character arc” has been mostly non-existent.

From the beginning of the show, when presented as a Judge in front of Loki, she’s been antagonistic. Even in scenes with her at-the-time friend Mobius, she was usually lying to him or pushing him to do things he didn’t want to. I’ll be curious to see where her character goes in the finale, given that she’s in a very vulnerable spot at the moment. She’s just as desperate to find the leader of the TVA as our heroes, so I guess we’ll just have to see what happens. I couldn’t possibly make an educated guess on her story if I wanted to, and I suspect that’s because her story is just getting started.

THE MAN BEHIND THE CURTAINS

This character would be a pretty boring pick but would cap off the series nicely with a closed time loop and seemingly no residual story to tell about it in the future. He Who Remains is a character from the comics that created the TVA. He was the last director left alive from the TVA of an alternate universe, who then went and created the TVA for “our universe.” It would create a sort of closed-loop of time, that would end the story in probably the most satisfying way, but it doesn’t set up anything for the future, and we know that’s not how Marvel Studios does their business.

Given the fact that this show has no hesitations about just completely manifesting cool new variants of Loki, I could see this happening. It could elevate the stakes for our main character. Think about it: what’s more symbolic than destroying an evil version of yourself? There WAS the mention of “God-King Loki” at the beginning of the show and they showed Loki talking about taking over the TVA instead of destroying it. So maybe they have to destroy a Loki who went evil and did that instead. I guess we’ll have to see.

This is the one everyone has been waiting for. Lots of people like to compare Kang and Loki with Mephisto and Wandavision. I think the two cases are entirely different. There are legions of information and clues leading right to Kang’s doorstep all over this show, chief among them Ravonna Renslayer, who is almost exclusively featured at his side in some way. Not to mention the fact that we already have confirmation that Kang the Conqueror (played by Jonathan Majors) IS appearing in the upcoming MCU film Ant-Man and the Wasp: Quantumania. Now, it’s just a matter of when and how and where Kang shows up first, and we’re all just waiting at the edge of our seats.

Loki is definitely kicking it into high gear for the finale, and I can tell you right now that I am going to be right here again next week waiting for that episode to drop.