My ‘Captain America 4’ Pitches for The Bradleys, Serpent Society, Red Skull, and Torres 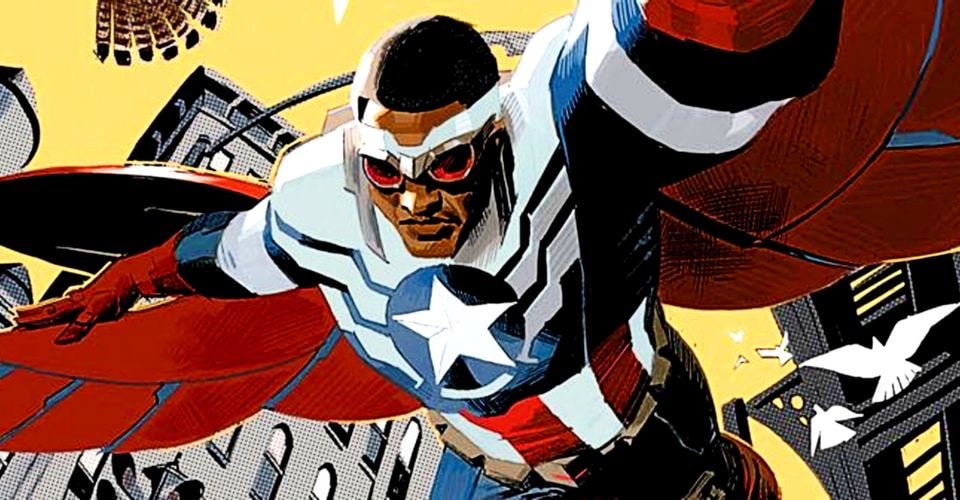 My ‘Captain America 4’ Pitches for The Bradleys, Serpent Society, Red Skull, and Torres

Ever since the Falcon & The Winter Soldier finale and the coinciding news that there was a Captain America 4 in the works, I have been thinking and theorizing about what something like that might entail. Being a 6 episode series as opposed to a 2 hour or so film, they had a lot more opportunities to explore a lot more things. So with two people who worked on the show (Malcolm Spellman & Dalan Musson) writing a follow-up in the form of a movie, what could something like that look like? Or… at least, what do I WANT it to look like?

First off, let’s address the elephant in the room: what do you do with the “Winter Soldier” part of The Falcon & Winter Soldier duo? Well, you get rid of him. Now I know that might sound crass (and I can sense my Bucky-lovin’ editor Lizzie’s eyes bugging out as she reads that), but let me explain myself. This movie should be about Captain America first and foremost. We just spent an entire series watching these characters interact and evolve together, and now it’s time to let them grow apart a little bit. Not to mention, Bucky (Sebastian Stan) is such a big part of the MCU now and has such love from the fans, I wouldn’t want to waste that character by pushing him to the sidelines in any way. (Editor’s note: You saved yourself there, champ. ~ Lizzie)

But, if I was allowed to pick where we had Bucky show up next, I’d vote for a Wakanda-related project. He just spent multiple years in Wakanda and we saw almost none of that, and of the best scenes in The Falcon & Winter Soldier was the scene where he and Ayo (Florence Kasumba) work on overcoming his brainwashing. Let’s build that relationship a little more and play on that. There are at least 2 Wakanda-based projects in the works right now that we know of, and I’m sure there is a spot for him in there somewhere.

Next: Carl Lumbly is a star. I was first introduced to him in 2019 when he starred in Doctor Sleep, taking over the Dick Hallorann role from the late Scatman Crothers. After that, when I found out that he’d have a role in a new upcoming MCU project, I was ecstatic. But I couldn’t have possibly predicted such an incredibly, career-defining role for the man at such a late age (No offense Carl, I love you). Not only did Lumbly knock it out of the park, but he gave one of the deepest, richest, and most pained performances that I have ever seen. Every time he was on screen my jaw was on the floor, and every time he left the screen I was begging for more.

Well, that’s what I want: give us more of his character, and let him play in the role more. Isaiah Bradley is not only an incredible character in his own right, but he also brings along someone who seems like an important piece of the MCU future, his grandson Eli. Building those two’s relationships alongside Sam could be amazing. Just imagining a scene where the 3 characters go out to dinner, or building a family bond between them could be insanely heart-warming and I’d love to see it. I think that it’s going to be important to Sam that he give Isaiah his due attention as a human being, and as a hero for what he did. I’d be very surprised if we don’t see Isaiah in the new film to one degree or another.

One character that I mentioned a moment ago who, as I said, seems very important to the future of the MCU: Elijah Bradley. The grandson of Isaiah Bradley and….Baltimore resident? Huh, I guess we don’t know much about the character of Eli in the MCU. He was portrayed by Elijah Richardson, who seemed to have a ton of fun with the role.

Well, it seems pretty simple — of course, we should put him in the movie. This is a huge opportunity to build on his character in almost every aspect. What does he think of his grandfather and how he was treated? What are his aspirations? What does he think of Sam Wilson, and how does he react to being around him? It also seems like it would be a great chance to have an audience surrogate in the story. There is a lot of work to be done in his character and there doesn’t seem like a better opportunity than this one.

I’ve also been thinking about how to approach the villains of the story. While I haven’t fallen in love with any choices, the idea that I’ve toyed around with most is the Serpent Society. I don’t know a lot about them, or a lot about comics in general, and most of my knowledge comes from films and television adaptations. While I know they’ve been touched on before, I still haven’t seen those projects either so it doesn’t change much. So allow me to make a completely uneducated and probably based on nothing from the comics quick story about the Serpent Society.

My pitch is to have the Serpent Society originate as a cult in the 1800s, mostly based in Arizona and New Mexico. In this version, they worshipped snakes, and even adopted monikers based on the names of snakes, with the leader being referred to as King Cobra. They could evolve into a criminal organization and raised their children to take over their mantles. In the modern-day MCU, there could be 6 generations of the Serpent Society, lead by Viper, the son of the last King Cobra. He worships his father and grandfather and plans to earn the mantle of King Cobra for himself.

So that’s that. There is obviously more than one character in the Serpent Society, and there is a lot more room to grow, but that was a couple of foundational and developmental thoughts that I had.

Regarding a villain, even though I do think Serpent Society could be good, I think it would also be a good time to introduce Aleksander Lukin. He doesn’t have to be established as a villain right away, but he could slowly become one over time. For those of you who don’t know, the character Aleksander Lukin was most famously used at one time when he had the subconscious of the Red Skull trapped in his body. We just recently were reintroduced to the Red Skull in Avengers: Infinity War and Endgame, so now seems like the perfect time to bring him into the fold to have a little more Hydra-themed fun. Something that seems like an easy home run — they should cast Ross Marquand as Aleksander Lukin. He voiced the Red Skull in Infinity War, Endgame, and most recently the pilot episode of What If…? It’d be a fun way to allow him to bring the Red Skull to live-action and explain away the fact that he looks entirely different.

I think a good way to bring Lukin into the mix would be to make him a newly elected president. There would be lots of ways to play a dynamic between him and Sam. Maybe they like each other, so it’s that much more heartbreaking when Lukin becomes the Red Skull. Or maybe Lukin is good genuine friends with Sam and the Red Skull taking over isn’t at the will of Lukin at all. Or maybe it’s a betrayal. As I said, there are a lot of places for them to go.

I want to quickly address a couple more quick things regarding this film and its connection to The Falcon & Winter Soldier. I don’t want to see John Walker (Wyatt Russell) or Sharon Carter (Emily Van Camp) show up in this movie. They both seem to be moving in totally different directions and there doesn’t seem to be a good reason to drag them into the film. But, regarding Joaquin Torres (Danny Ramirez), I would love to see him return in some capacity.

When I just scribbled a barebones idea for a story down, I mainly focused on the Serpent Society and the relationship between Sam and the Bradleys. So I didn’t fit Torres into the story in any organic way, but I do know that I want to see more of him. Maybe in the meantime, he’s taken the wings that Sam gave him and become the new Falcon, or maybe we pick up the film with Sam and Joaquin training together as partners. Either way, I just know that he’s way too charming a character to be left in the dust, and he deserves a spot alongside the new Captain America.

So that does it. I am very excited to see where Spellman and Musson take the story, and I hope they do it justice. Of all the issues I might have had with The Falcon & Winter Soldier, none of it was the writing. They did a great job making us fall in love with these characters and their interactions with each other were great, and I’m sure they’ll do a great job here again.

Captain America 4 is currently being written by Malcolm Spellman and Dalan Musson, and Anthony Mackie has officially signed on to return. They’ll begin filming in Georgia as soon as June of next year.