Multiverse Avengers and Zombie Superheroes: Marvel’s ‘What If…?’ Trailer Breakdown 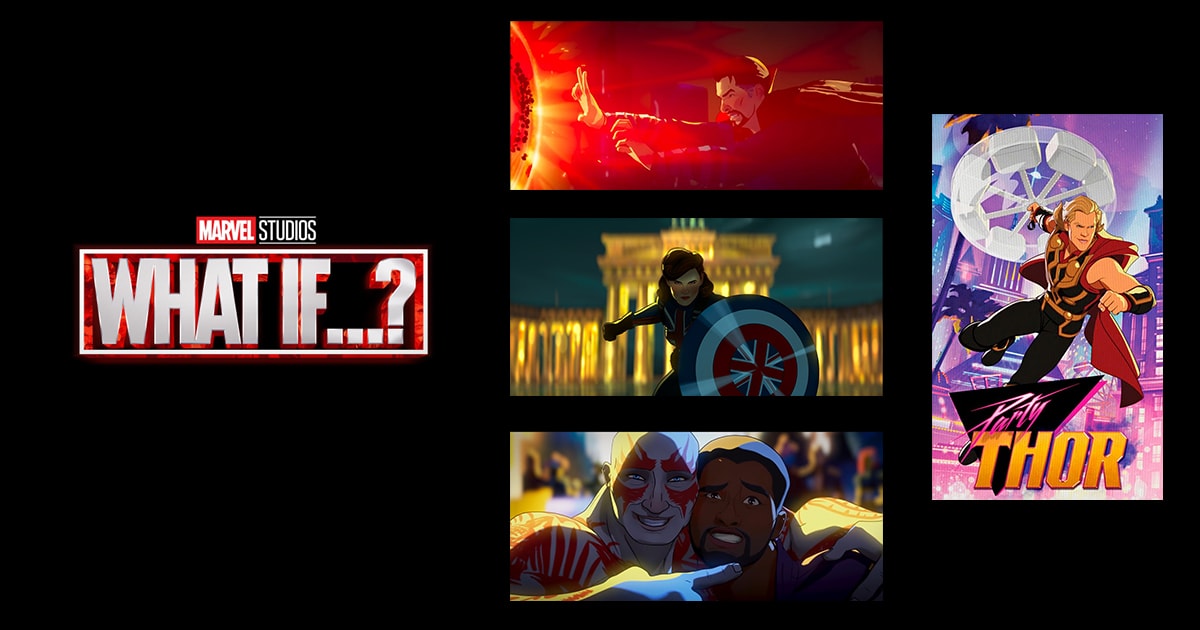 Multiverse Avengers and Zombie Superheroes: Marvel’s ‘What If…?’ Trailer Breakdown

Marvel’s new What If…? trailer, released yesterday, has provided fans with tons of mind-blowing moments to pick over.  It seemed to confirm a few fan theories while other things are still as confusing as ever. In this breakdown, I’ll take a look at the biggest moments from the trailer and speculate on what they mean for the series.

First of all, this trailer surprised us by showing off several MCU characters that hadn’t been announced for the series. We’ll be seeing versions of Spider-Man, Vision, the Ancient One, Ego, Drax, Ramonda, Shuri, Okoye, Pepper Potts, and maybe even Wanda Maximoff. However, it’s unknown if the film actors will be reprising their roles, as Tony Stark’s voice actor doesn’t sound like Robert Downey Jr. and none of these characters were announced at SDCC in 2019.

Several odd moments stick out for me. One of the biggest surprises was Pepper Potts in Wakanda holding what looks like a Sakaaran gun from Guardians of the Galaxy, surrounded by the Dora Milaje and a younger Shuri. I’m guessing this is part of the episode where Killmonger saves Tony, leading to him taking the throne somehow since his Funko POP! is named “King Killmonger”. We’ve also got a shot of Ramonda in a Dora Milaje costume leading some sort of charge, so perhaps he fights the Wakandans again, or they’re uniting against an unknown enemy.

There’s also a shot where Okoye throws a spear at a figure who explodes with red light around her. This would seem to be Wanda Maximoff but it’s hard to be sure. Jane Foster is confirmed for the series and this could be her during Thor: The Dark World, but the red energy looks a lot more like Chaos Magic than the Aether. The Okoye shot may not even link up with the red energy shot since it actually looks like Spider-Man’s webs are shooting at the figure. A “what if” scenario where Wanda stays a villain would be very interesting, but it’s pure speculation at this point.

Avengers: Age of Ultron is revisited through Black Widow, and it looks like it’s comic-accurate the second time around! Ultron in Vision’s body is on the poster and there’s a whole swarm of Ultron bots fighting the Hulk. We know that Black Widow will be one of the only survivors in this post-apocalyptic world thanks to a report from The Illuminerdi, but there’s not much else to go on. It’s unknown whether or not Scarlett Johansson will be returning to voice Natasha Romanoff, but it seems like she isn’t.

It looks like we’ll be seeing lots of Marvel Zombies! Zombie Cap has been confirmed since 2019 but the official poster and trailer show off Zombie Hawkeye and Zombie Iron Man as well. Could we be getting a full lineup of the original six Avengers as zombies? Their role in the series is currently unknown, but maybe they’ll end up being the villains when everything crosses over.

Finally, we’ve got some shots that can’t be explained. There’s the Water looming over a city, T’Challa and Yondu beating up an absolutely shredded (and tech-infused) Collector, and strangest of all, Scott Lang’s severed head in a jar with the Vision. I’m not sure what Vision’s role in this series is, especially since we see him trying to remove the Mind Stone himself, but it could tie into Avengers: Infinity War and Thanos’s arrival on Earth. Loki fighting SHIELD seems to be tied into an alternate Thor storyline. Doctor Strange is everywhere and tentacles are attacking Captain Carter at one point too, but I’ll be speculating about that in another article tomorrow.

The trailer also confirmed one major fan theory inspired by poster art a few months ago: a team of multiversal Avengers will assemble to take on a new threat! This team appears to be made up of  Captain Carter, Star-Lord (T’Challa), Gamora (in Thanos’s armor), Killmonger, and Party Thor. Doctor Strange Supreme might be part of the team as well, based on his interaction with Captain Carter in another shot. It’s really awesome to see that this series will have anthology episodes but also bring everyone together for at least a little while.

What If…? season one is set to start streaming on Disney plus on August 11, 2021. Stay tuned for another article tomorrow that explores What If…?’s possible connections to Doctor Strange in the Multiverse of Madness!

2 thoughts on “Multiverse Avengers and Zombie Superheroes: Marvel’s ‘What If…?’ Trailer Breakdown”