‘Ms. Marvel’ Theories About The Djinn, ClanDestine, and Aisha ‘Ms. Marvel’ Theories About The Djinn, ClanDestine, and Aisha

I wrote a piece last week about some theories for the future of Ms. Marvel, based on her bangles, her superhero symbol, and where I thought the family storyline might go. But just this Wednesday, episode 3 gave us a lot more to explore! So based on comics and the Quran, here are a few new theories that could inform the stories of Aisha, the Noor dimension, djinn/ClanDestine, and the mysterious second bangle.

[Warning: Spoilers for Ms. Marvel episodes 1-3 are below!]

In our last theories article, we mentioned Pakistani-American @watchwithneebz. On his latest Salaam Nerds podcast episode, one of Neebz’s guests (LoneWolf7, a former Islamic Chaplain student) shared some major revelations about how the Quran could be informing the show so far.

In the Quran, Surah Noor (The Chapter of Light) talks about righteousness in families and the consequences of spreading lies about women. In particular, the chapter focuses on the false rumors spread about a woman named Aisha, who was Prophet Muhammad SAW’s wife.

So far each episode of Ms. Marvel has spent time exploring the myth of Kamala’s great-grandmother Aisha through a shocking set of stories, from killing a man, to having a second family, to being a djinn from another dimension. If some of these rumors are actually lies, could Aisha’s story in the show be inspired by the story of Aisha in Islamic history?

I find this so fascinating because, in the comics, Kamala’s great-grandmother has been named Aisha for years, but her name didn’t have any particular significance. If the show is now using her name to craft a backstory that parallels Aisha the Mother of Believers, that would be a beautiful way to intertwine an Islamic parable into the fabric of Kamala’s family story.

Additionally, Ms. Marvel episode 3 also asserts that Kamala’s powers come from the Noor (Light) dimension. It is important to note that djinn are created of fire and angels are created of light, so it couldn’t be possible for the ClanDestine to be djinn made of Noor. But if we take this line literally for a second, it leads to a very interesting connection.

Surah Noor, Ayat 35 (The Verse of Light) says Allah’s light is like “the lamp in a crystal, the crystal like a shining star.” This is one of the most speculated-upon lines in the Quran, but in general, it’s describing the guidance of Allah’s light.

In a literal sense, this line could also seem similar to Kamala’s crystalline hard light powers, which even create star-shaped platforms. In episode 2, Kamala’s father says Aisha’s daughter was guided by “a trail of stars,” a direct reference to the bangle’s constructs but also reminiscent of the Light Verse above. Is it possible that the bangle’s crystal light powers were also inspired by Surah Noor?

Lastly, in the podcast, it was speculated that if this is true so far, then the mysterious text on Kamala’s bangle could indeed be Ayat 35, the Light Verse. Kamala’s curiosity about the text was set up in episode 2, so I hope to see this paid off later in the show. These possible connections to the Quran are extremely exciting to me, and would help rationalize some of the more dubious aspects of Aisha’s story so far.

Najma introduces herself to Kamala as part of a family of Clandestines who are djinn from another dimension. This is a wild story. I think this shocking revelation comes in episode 3 rather than episode 6 so that the show has time to re-examine the story from a different point of view. Maybe some of it is true, maybe it’s a total lie. We just don’t know yet, but I think it’s clear that there’s more to the story here.

One theory I’ve been considering is that the Clandestines could actually be Skrulls trapped on Earth as part of the decades-long Kree/Skrull War. Besides leading Kamala directly into The Marvels, this would also be our big setup for the Secret Invasion event series premiering in less than a year. And of course, revealing that the Clandestines are Skrulls would erase the offensive djinn backstory.

Why Skrulls? Skrulls are alien shapeshifters, which would explain Najma’s team’s human appearances and their controlled aging over the years. It could also explain their alien technology. Building off the lore of Captain Marvel, this shift would finally introduce the idea of “bad Skrulls” and “good Skrulls,” which is going to be crucial for Secret Invasion.

Does this make Kamala a Skrull? No, in this theory I think Aisha was not actually part of their group. Instead, I think Kamala’s powers could be the result of Kree experimentation, similar to the experimentation behind her Inhuman origins in the comics. This would set Kamala’s backstory deep in the lore of the Kree/Skrull War and naturally transition her from small local hero to intergalactic traveler in The Marvels.

In fact, genetic experimentation was a big theme of Alan Davis’ 1994 ClanDestine series, possibly justifying why Marvel Studios chose to use the group in the show this way. The obscure comic is a deeply problematic series with racism and incestuous subtexts. A mosque-like building is presented as “The heart of darkness… A citadel reeking of ancient death.”

As I was reading, red alerts were going off in my head. I don’t think this is a comic Ms. Marvel should be spotlighting, even if they’re trying to “fix” the racism of it all. Marvel should have just let the ClanDestine die in obscurity. So why didn’t they?

ClanDestine has ties to Islamic lore because the mother of the family is revealed to be a djinn, meaning all the ClanDestine are half-djinn in the comics. This supports the djinn storyline in the show; but if the “djinn” story is actually a red herring, that could mean the ClanDestine is a red herring too. “ClanDestine” could simply be a deep-cut reference designed to trick fans who scour comic wikis for deeper meaning instead of waiting for the show to reveal itself, almost like a Ralph Bohner fakeout. But instead of being fun and silly, it seems more like a cruel joke, especially with such offensive source material.

Much talk has been made about the second bangle mentioned by the ClanDestine in the show. This could be a connection to the bangles being a pair of Nega bands, but I want to pitch the theory that MCU Kamran could use the second bangle to turn into the superhero Amulet.

Amulet (Fadi Fadlallah) is a relatively new character in the comics, introduced in Magnificent Ms. Marvel (2019) #13. He is a Middle Eastern teenager with a magical artifact that channels love to create light constructs. His powers manifest similarly to Kamala’s MCU powers, even including indigo-colored shields, platforms, and glowing fists. Because there’s a clear connection between the powers of Amulet in the comics and Kamala in the show, and because so little is known about Amulet, he could easily be adapted for the MCU with a lot of flexibility.

In episode 3 already, MCU Kamran has proven himself to be a greater hero than his comics counterpart ever was. This Kamran might actually have redeeming qualities. If Marvel Studios continues this path, evolving Kamran into a superhero like Amulet could be comparable to how Moon Knight evolved Layla into the Scarlet Scarab. However, it would be upsetting to see Amulet’s body shape changed to Rish Shah’s, and controversial to erase Amulet’s Lebanese heritage with a Pakistani actor.

So those are some more theories, covering the wild revelations in episode 3 Ms. Marvel. What do you guys think of the episode? What are your thoughts about the ClanDestine? Let me know on Twitter @vinwriteswords and remember to follow the site @MyCosmicCircus for more theories about upcoming Marvel projects!

Also, feel free to check my theory article about Kamala’s powers and let me know what you think! 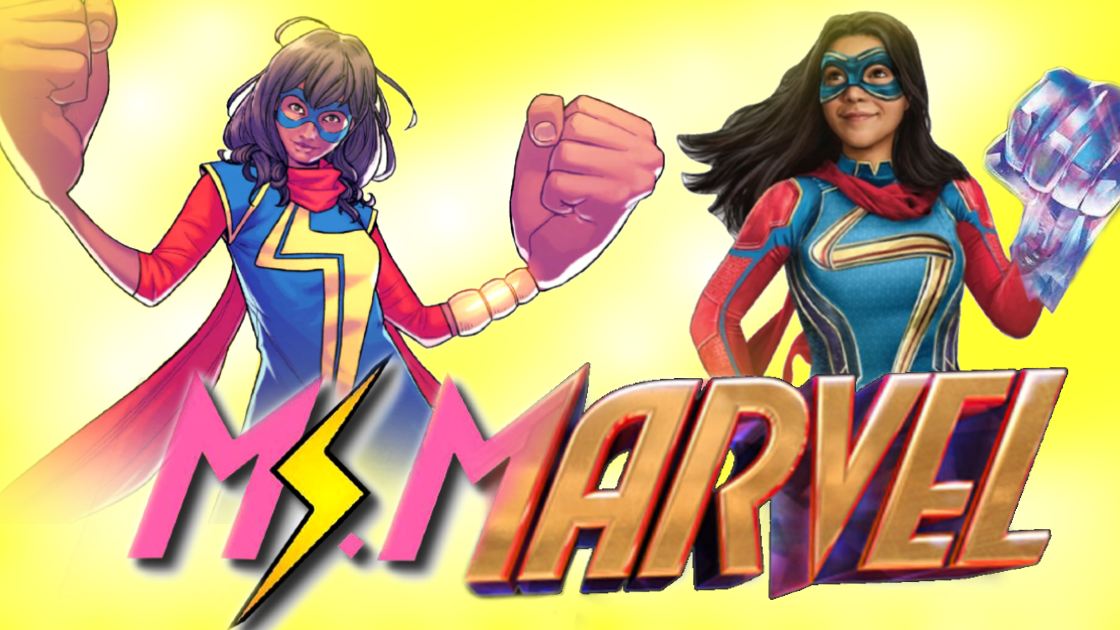