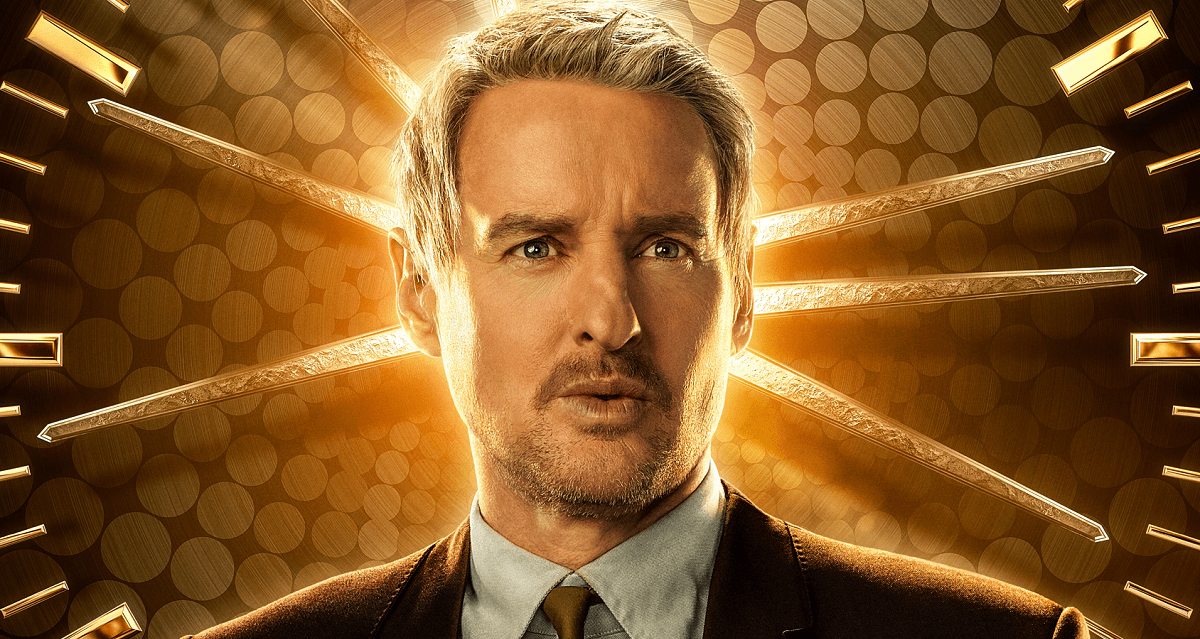 Marvel Studios promised that by the time the curtains closed on Loki, the Marvel Cinematic Universe would never be the same. And boy were they right. The Disney+ series begins with Tom Hiddleston’s Loki helping the Time Variance Authority (TVA) seek his variant counterparts, destroying the sacred timeline. The efforts to save the fabric of reality are spearheaded by Ravonna Renslayer (Gugu Mbatha-Raw) and Mobius M. Mobius (Owen Wilson), on behalf of the Time Keepers of course. These two individuals scream bureaucracy from the way they talk and down to their matching brown suits.

Loki agrees to help the TVA in the noble cause of capturing his variants in exchange for his life, seeing that he is a variant himself from a timeline gone wrong. However, his worldview of the agency he has promised to help is drastically changed when Sylvie informs him that everyone that works at the TVA are variants themselves. Loki believed that the TVA was doing honest work and that Sylvie was a corrupted variant bent on destroying the sacred timeline. This revelation shocked both Loki and viewers alike, affirming suspicions that not everything is how it seems in the office space out of time.

This is the first solo project for the God of Mischief from Marvel Studios. No brother, no mother, and no kingdom to rule. So much for a “glorious purpose.” A driving factor for many of Thor’s adventures is the relationship between Loki and the people in his life. Though now Loki is on his own and caught completely off guard. Someone get Mobius, that’s his cue.

Wilson’s Mobius breaks onto the scene, saving Loki from being pruned. He exhibits a fascination with the variant Loki, trusting him enough to use him in delicate operations. It seems Mobius feels a connection to Loki and has even shown a desire to protect him throughout the series. This connection seems to go deeper than just a boss and worker dynamic. Instead, it appears to be one of mutual caring and understanding exhibited many times over the six episodes. Mobius becomes a stand-in for many individuals that Loki has cared about throughout his thousand-year life. A reflection of these past relationships, amplified through all of time and space.

Throughout the MCU, Chris Hemsworth’s Thor has gone out of his way to protect Loki, pleading for redemption and love from the brother that just wants to stab him in the back. Even when Thor remains skeptical of the motives or actions of Loki (Thor the Dark World and Thor: Ragnarok stand out specifically) he continues to involve Loki in plans to save all the realms. We also see Thor truly mourn the death of Loki multiple times through their journey together, showing his true love and compassion for his brother.

Mobius shows signs of similar feelings towards Loki, which you can see through the building camaraderie between the two that helped carry the first two episodes of the series. In many ways, they seemed like brothers in arms, with Mobius slightly exasperated with Loki’s antics, like an older more responsible-minded sibling roped into his naughty little brother’s ridiculous scheming. Now Owen Wilson may not be Chris Hemsworth, but the warmth and kindness he exhibits to Loki, even when Loki betrays him at the end of episode two, is very similar to that of a brother’s love.

But this brotherly love is not one-sided. Many times throughout the series, Hiddleston’s Loki attempts to show it in return. For example, Loki’s first instinct is to alert Mobius of the nefarious plans going on at the TVA. He exhibits a trust in Mobius that was rarely shown to his own brother. This is perhaps a sign of what Thor and Loki’s relationship might have been, had they not been brought up in competition for both a throne and their all-mighty father’s approval. At times through the series, the connection between Mobius and Loki felt deeper and more real than any other relationship in Loki’s life. With the exception of his relationship with his mother, Frigga. Even with the twist ending where Mobius did not recognize Loki, I look forward to seeing brotherhood continue to grow.

Thor and Loki’s story in the MCU begins when Odin (Sir Anthony Hopkins) saves Loki after the Frost Giant War and raises him to be one of his sons alongside Thor. Despite any questions some may have about the wisdom of Odin putting the two boys in direct competition with each other, or the fact that Odin neglected to tell Loki of his true heritage until he was confronted about it, by the time his days end in Thor: Ragnarok he makes it clear he loves both sons. In their upbringing, Odin urges both Thor and Loki to grow up to be great people of character and consistently exhibited a great belief that both were more than the sum of their parts. It takes someone with a deep capacity of love to take in the child of your greatest enemy, especially when that someone is also trying to bring balance to all the realms.

In that sense, Mobius is doing the same as Odin. Originally, he’s a loyal servant of the TVA attempting to bring harmony to the Sacred Timeline through pruning variants and resetting branches. He believed that he was doing what was best for everyone, as long as peace was restored to the part of the universe he could control. He also went out on a limb, accepting this variant Loki into his ranks, knowing that there could be major repercussions for doing so. But he consistently reminds Loki throughout the series that he’s capable of greater things than the villain he set out to be. And like Odin, he was right about that.

At this point, there is little known about the second season of Loki, besides the hints of the new timeline and TVA at the end of season one. Regardless, I think it’s a fair guess that the dynamics between Mobius and Loki will be a central factor that carries on. Even though Mobius may not know who Loki is currently, I’m sure a similar relationship will blossom again.

All episodes of Loki are streaming exclusively on Disney+.