Michael Keaton Reflects On His Past and Future Roles 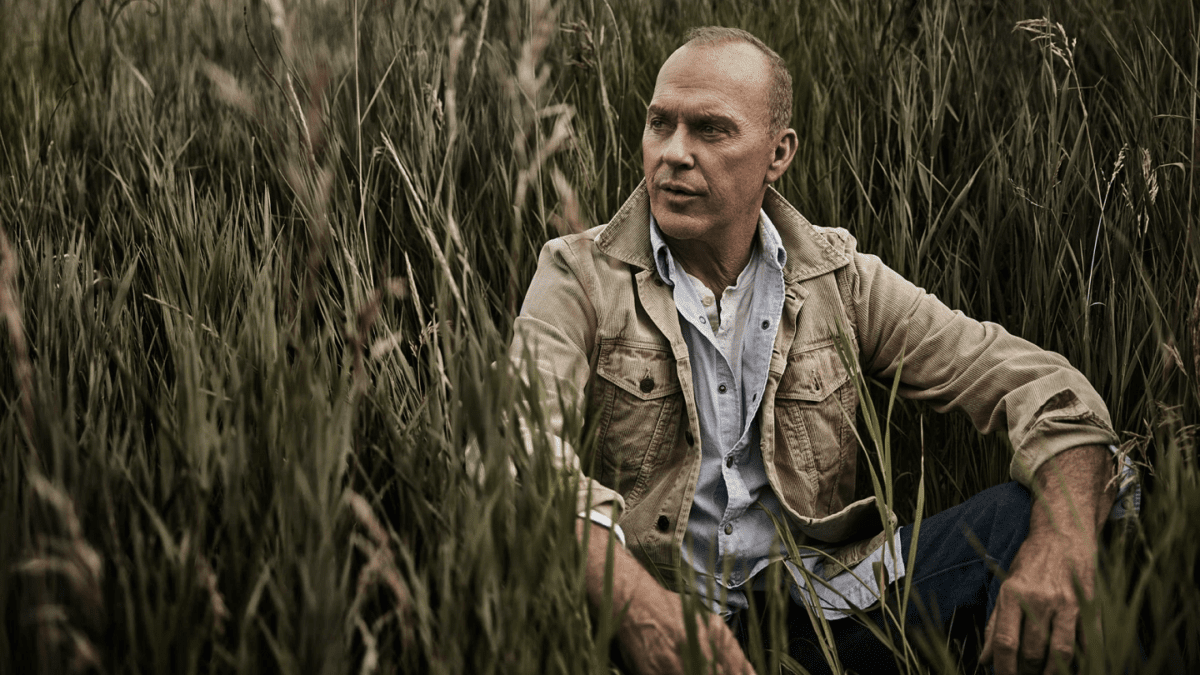 Michael Keaton Reflects On His Past and Future Roles

A recent interview conducted by The Hollywood Reporter with legendary actor Michael Keaton while on-site at his Montana Ranch provided some insight into the actor’s past and future films, as well as a rather jarring quote (below). With 1,000 acres of land and a porch with a rocking chair, there is plenty of time to think for the acclaimed Batman actor — though still not as much time as you’d think. Keaton hasn’t let up, still plugging along with his acting career.

“I’d blow my brains out if I had to play the same thing all the time.”

Though perhaps not in his prime, we might be among a Keaton-aissance as the man has about 5 films coming soon, two of them being big-budget comic book films: The Protégé, Worth, Dopesick, Mobius, and The Flash. While there’s often an assumption that an actor in the back half of their career might “stop trying,” Keaton has dispensed with any such accusation leveled against himself.

“I would love to phone something in. Trust me. I would like to just go, ‘Hey, I don’t know what the f—k we’re doing. Let’s just go have some laughs.’ But I take what I do for a living seriously.”

Even for roles that might have at the time seemed minuscule, like his role in Adam McKay’s 2010 film The Other Guys, he still goes out of his way to make sure he gets it right. In that particular care, he even met with the Step Brothers director in his New York apartment just to talk about the character. He brings the same energy to every project, including the bigger ones like Tim Burton’s 1989 film Batman.

Not only was Keaton on board with Burton’s film, but he even credits the entire rise of comic book films to Burton’s Batman films.

“What Tim did changed everything. Everything you see now started with him. If you really think about what happened between 1989 and now, on a cultural, corporate, economic level, it’s unbelievable.”

The article quickly changes focus to Morbius, saying that while on the set of the film the filmmakers were trying to explain plot points to him that he just didn’t care enough to attempt to wrap his head around.

“I’m nodding like I know what the fuck they’re talking about. I go, ‘Uh-huh.’ And I’m thinking, ‘You may as well be explaining quantum physics right now to me. All I know is I just know my guy. And I know the basics.’ So finally, they were looking at me, and they just started laughing. They said, ‘You don’t know what we’re talking about, do you?’ I said, ‘No, I don’t, no idea what you’re talking about.’ “

Coming back around again to his role as Batman, Keaton talks about The Flash and confronting the opportunity to return as the character.

“Frankly, in the back of my head, I always thought, ‘I bet I could go back and nail the motherf——r.’’

‘Well now that they’re asking me, let me see if I can pull it off.”

“What’s really interesting is how much more I got [Batman] when I went back and did him. I get this on a whole other level now. I totally respect it. I respect what people are trying to make. I never looked at it like, ‘Oh, this is just a silly thing.’ It was not a silly thing when I did Batman. But it has become a giant thing, culturally. It’s iconic. So I have even more respect for it because what do I know? This is a big deal in the world to people. You’ve got to honor that and be respectful of that. Even I go, ‘Jesus, this is huge.’”

He was blown away by the script from Birds of Prey scribe Christina Hodson, even if he did have to read it three times to understand the “parallel-universe concept.”

“I had to read it more than three times to go, ‘Wait, how does this work?’ They had to explain that to me several times. By the way, I’m not being arrogant, I hope, about this. I don’t say it like, ‘I’m too groovy.’ I’m stupid. There’s a lot of things I don’t know about. And so, I don’t know, I just kind of figured it out, but this was different.”

Although, as Keaton admits, he might not be a fan of the comic book film genre himself, he’s constantly proved himself to be a worthy idol of comic book film fans everywhere. With incredible performances in Batman and Spider-Man: Homecoming, he truly has shown that he doesn’t ever phone in anything, and he’s showing no signs of stopping anytime soon.

You can see Michael Keaton revisit the comic book universes first with Morbius on January 28, 2022; then again later next year when he finally dons the cape and cowl once again in The Flash on November 4, 2022.