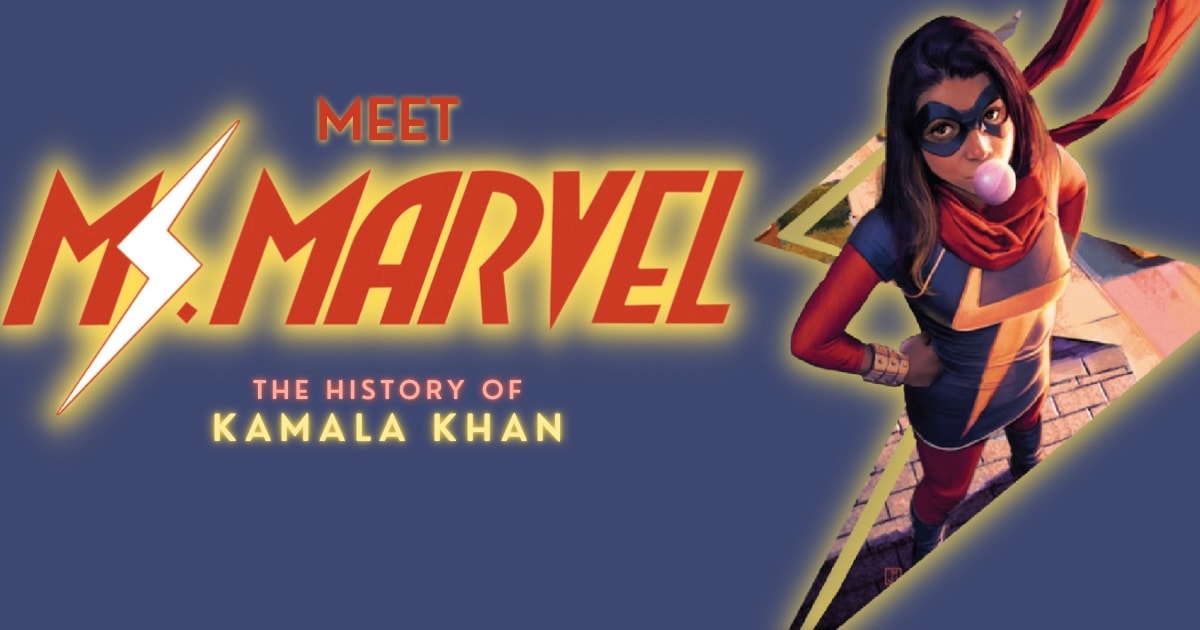 These last couple of years have seen a whole slew of Marvel characters getting their own TV shows. Some of our favorites have taken to the small screen to give us more of what we love. But we’ve also been given an introduction to some new, spectacular superheroes. And with the release of her first 2 episodes starring Iman Vellani, we finally got to see one of our newest and most highly-anticipated heroes take the lead in her own series – Kamala Khan aka Ms. Marvel.

A relatively new character, Kamala Khan as Ms. Marvel gained a large fan base very quickly. Her first issue in 2014 got to its 7th printing because of its popularity, and things didn’t slow down after this. She’s had some amazing story arcs, brilliant artwork, and hilarious moments. But it’s not just the great writing and beautiful art that makes her so important. Kamala Khan represents a culture that is often misunderstood and feared in American media. To show her as a human being and a hero gives an important message that was so desperately needed- then and now.

While Kamala has only been on the page since 2014, she has already taken the comic book world by storm. She’s had her own ongoing series, joined several teams, and a few miniseries, and teamed up with some of our other favorites. So let’s take a look at who Kamala Khan is, why she’s so cool, and why her family is so important.

My New Normal is No Normal

Being a teenager is hard enough. Add to that a feeling of being pulled in two directions. Then throw in some superpowers, and you have yourself one hell of a teenage journey to go on. This is the situation we find Kamala Khan in.

The first time we saw Kamala in her own series was in January of 2014. A teenage girl trying to figure out who she is and what her place is. She’s being pulled in different directions and feels she has to choose between 2 lifestyles. It’s this turmoil that leads to her sneaking out to a party one night. Kamala decides to leave after her classmates make her feel like an outsider, and she gets caught in the Terrigen Mist.

After undergoing Terrigenesis, and some weird dreams featuring some of her favourite heroes, Kamala wakes up feeling very different. The Terrigen Mists awaken her latent Inhuman DNA and her powers. Kamala wakes to find she now looks like Carol Danvers as Ms Marvel and it’s a bit of a shock. She eventually learns to control her powers, and she goes on to be the protector of Jersey City (and the world).

The Making of (a New) Ms. Marvel

So what exactly are Kamala’s powers? Well, the main one is her ability to morph and ‘embiggen’ herself, or parts of herself. She can elongate her limbs and neck to great lengths, as well as shrink down to the size of an insect, or make herself paper-thin. If Kamala gets hurt, she has accelerated healing to help her out. It may leave her feeling exhausted or hungry, but that’s nothing gyros from or her mum’s leftovers can’t fix. She can also alter her appearance entirely, and make herself look like someone else. Although she thought she lost this ability initially, she’s still used it on a couple of rare occasions.

In Ms. Marvel Vol. 4, a 3-issue story arc called The Ratio dives into the origin of Kamala’s powers. She works with Bruno to figure out how she does what she does. Eventually, in issue #34, they discover that Kamala’s cells are essentially traveling through time when she uses her powers. To use her powers, she shares her mass through time with different versions of herself. This is explored more in a fun miniseries Ms. Marvel: Beyond the Limit.

The last issues of Ms. Marvel Vol. 3 follow a story arc called Last Days. In this arc, an incursion is threatening the world, and Kamala is faced with more problems. She finally gets to meet her hero, Captain Marvel and teams up with her to save Aamir from an Inhuman experiment. When she learns that there is nothing that can be done about the end of the world, she wants to spend her time with the people she cares about the most.

It’s here she confides in her mother, only to learn Muneeba has known for months that Kamala is Ms. Marvel. She also shares a moment with Bruno where they confess their love for each other, but she tells Bruno not to wait for her. As the world ends, she shares a final moment with Bruno and holds a little bit of hope for the future.

In true Marvel style, the end is never the end. And when the universe was restored, Kamala returned to her super heroic antics. She tries to be the best she can be, but sometimes this causes some bumps in her relationships. After a tumultuous disagreement over arresting people before they commit a crime, she is distanced from her idol, Carol Danvers. And when Bruno is injured during a botched breakout, he leaves Kamala to head to Wakanda, wounded and unable to walk properly.

But, just like all true friendships, Kamala is able to mend the bonds with her friends, and Bruno comes back to her once more in Magnificent Ms. Marvel. He is there for both her and her family when Yusuf is undergoing surgery with Doctor Strange, and Kamala realizes just how important he is to her. Being a superhero can be tough, and balancing this with friends and family can be even tougher.

The Best Version of Kamala Khan

Throughout her many story arcs, Kamala realizes that being a superhero isn’t as easy as she thinks. She learns that all of her actions have consequences, and she has to decide if it’s worth losing something in order to gain something else. But she also learns that she’s not alone, and her family and friends are always there to support her. No matter what.

Kamala learns, over time, that she doesn’t need to change herself or carry two separate identities. She can bring together all of the different things that make her who she is, and this is one of many reasons people love Kamala Khan. She shows us that a young, Muslim, South Asian-American girl can also balance being a nerd who writes fan fiction and plays World of Battlecraft. Kamala has a loving family, a great group of friends, and some big powers. Kamala Khan shows us that anyone can be a hero, but they have to do it in their own way.

Want to know more about Ms. Marvel? Well, look no further! Check out our comprehensive reading guide for all of your Kamala Khan needs! 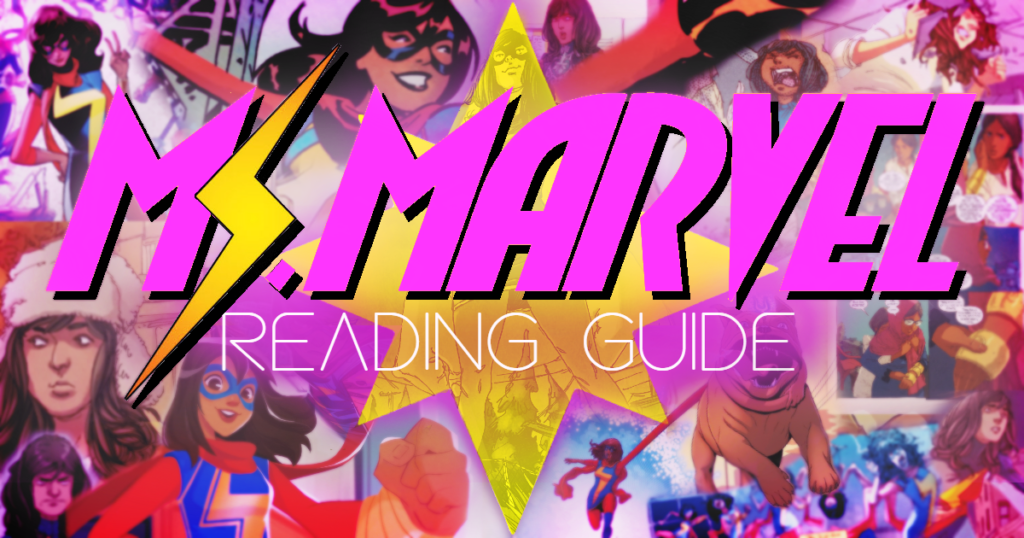