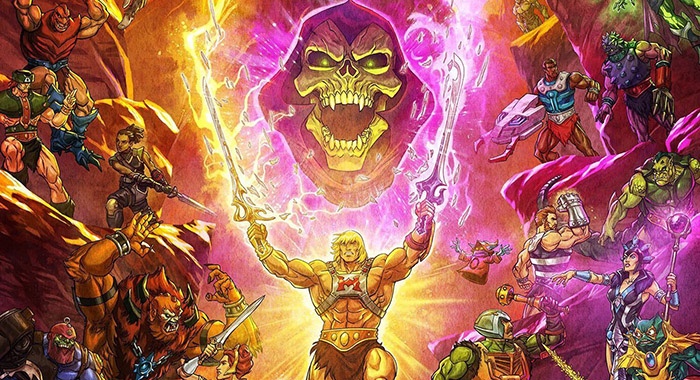 For my entire life, all I’ve heard about is how great He-Man and the Masters of the Universe was. My Mom and Dad were born in the mid-70s, so He-Man was very much my dad’s bag. However, my only experience with He-Man (beyond catching one or two local late-night tv eps) was a VHS of the live-action film from the 80s. But, even then, the tape was interspersed with an episode of Letterman that we recorded the movie over.

MAJOR SPOILERS for this series below!! 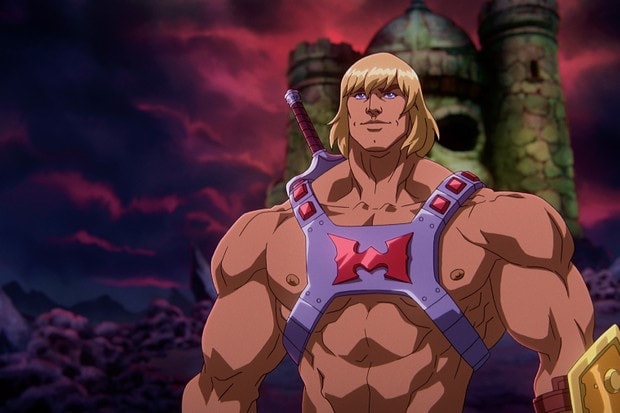 The whole show kicks off with the death of its resident Grayskull Warrior, He-Man (Chris Wood). Up until the end when Prince Adam meets his demise, the episode almost feels just like a regular day in the life of these characters. Besides the fact that Teela (Sarah Michelle Gellar) is having a ceremony to take over the “Man-at-Arms” role from her father, it all feels very procedural. Even when the reveal comes that Skeletor (Mark Hamill) is attacking Grayskull and our heroes head to save the day, nothing feels out of place. All of that changes when He-Man sacrifices himself at the end, taking out Skeletor, and simultaneously revealing his true identity to Teela.

The sacrifice means more than Adam could’ve known because during the sacrifice he had to break the Power Sword into two halves. The destruction of the Power Sword causes all the power in Eternia to begin to wither, and it takes a toll on our characters.

Immediately after He-Man’s sacrifice, we see the fallout of Teela’s revelation. Her sadness quickly turns to anger, and she condemns all of her friends and family for hiding Adam’s secret from her. Presenting these characters as people is what this show does best. I’m unfamiliar with how these characters were portrayed in the old show, but I’m assuming having a character presented as human and with complex feelings is probably new, and it’s executed incredibly well.

Once the first episode ended with Teela’s abandonment of her life as a hero, a time jump was bound to happen. That’s exactly what we get once the second episode starts, and we see Teela with a new makeover, and alongside a new character, Andra (Tiffany Smith). From episode two on, the show takes a deep turn in a direction darker than I would expect.

Following Adam’s death and the slow eradication of magic in Eternia, we see all of our individual characters and how they deal with this. Orko (Griffin Newman) is dying slowly thanks to the lack of magic in Eternia, and is only being kept alive by occasional deliveries of enchanted water by Man-At-Arms (Liam Cunningham), who is taking care of him. It’s really tragic and sad to see a character who is usually light-hearted, now turned into some degraded, sick child.

Orko’s time comes later on, as the Trullan gets a great couple of moments in episode 4. He spends most of the episode isolated with “usual bad-guy” Evil-Lyn (Lena Headey), and they find themselves spending a majority of the time together bonding. Orko tells a beautiful story about his past and tells about his true name: Oracle. His parents named him that because they wanted big things for him, but he mispronounced it as “Orko” when he was younger and then called himself that as a rejection of that pressure put on him by his parents.

It comes back aptly later on in the episode when Orko has to hold off Scare Glow (Tony Todd) as the rest of the heroes escape. Orko finally uses his powers to his greatest potential and ensures the heroes escape so they can fix the Power Sword and save the universe. The score, animation, and character work in this scene are easily my favorite of the show so far, and it is such a beautiful moment that it actually got some emotions out of me.

The way the show tackles grief is incredibly beautiful. You might assume that with Kevin Smith involved, they might lean into the comedy of it all or maybe even satirize the corny nature of the 80s show. They do the exact opposite of that and approach the show and themes with such maturity and earnestness that you can’t help but connect with these characters in one way or another, and it’s beautifully done.

There might be multiple ways to interpret the series as a whole, but I just couldn’t shake this one thought as I watched the show. The entire series feels like Smith playing with his toys (in the best ways), and like he’s trying to reignite the magic of his childhood. When you look at the show and realize that it is about a group of heroes trying to “bring magic back to the world,” it really feels like the show is onto something. It’s as if Smith has taken it upon himself to use these characters to bring the dying magic of the 80s cartoons back into this world.

I don’t know. I think it’s kind of beautiful, and the campy nature of that sentence is exactly what this show would entail. And I love that.

Masters of the Universe: Revelations Part 1 ends on a great cliffhanger. After Orko sacrifices himself to take the characters to Preternia to bring the Power Sword back to Eternia, Teela discovers that all of Grayskull’s Warriors went to Preternia after they died, including Adam. Adam and Teela reunite, and Adam eventually makes the decision to return to Eternia to wield the Power Sword once again, but at the price that he will not be able to return to Preternia after dying a second time.

However, the scourge of Eternia, Skeletor, reveals himself right at the perfect time to kill Adam and take the now rebuilt Power Sword for himself. Turns out that when Adam sacrificed himself and seemingly killed Skeletor, Skeletor actually transferred his essence into Evil-Lyn’s Magic Orb, and remained there until time to return.

Yes, you read that right, Skeletor claimed the Power Sword for himself. Right before the credits roll, Skeletor declares — “I have the power.” It’s a great moment to end Part 1 on, and I personally can’t wait to see where Part 2 goes once it’s released, presumably later this year.

The show is excellent, and it makes one hell of a statement. These are the characters that you fell in love with in the 80s, but they’ve grown and blossomed into something different and better in every way. Good job Kevin Smith, you killed it.