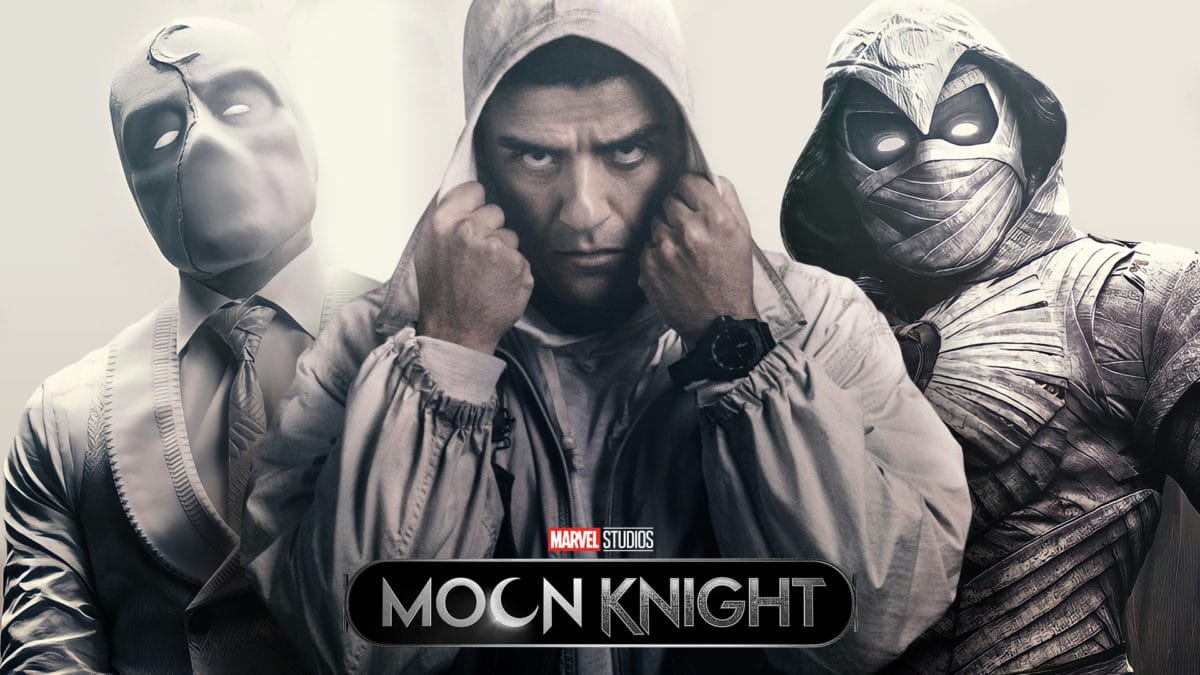 After the spectacular first year Marvel Studios had on Disney+, it was hard to imagine how they could top it as they usher in their second year on the streaming service. Shows like WandaVision, Loki, and Hawkeye allowed for deeper exploration of characters we have all come to know and love. However, if Moon Knight is any indication of what is to come in the next year of Disney+ shows and beyond, you are in for a treat.

I was able to screen the first four episodes of the six-part event last week and I was blown away by what I saw. Are you ready to summon the suit and fight in the name of Khonshu? Let’s shine some moonlight onto Marvel’s Moon Knight!

Reminiscent of the first episode of WandaVision, viewers are thrown straight into the mystery and world of Moon Knight. Steven Grant (Oscar Isaac) is our lovable British narrator who attempts to have a normal life. However, in typical Marvel Cinematic Universe fashion, not everything is what it seems. It doesn’t take long into the first episode before Steven is thrown into depths that he is unprepared for.

The way the mystery unfolds for the audience and Steven is fun and leaves both parties questioning what is real. For Steven, it may seem like it is all a dream but for fans of the Moon Knight comic series, we already have an idea of what is actually happening.

The highest praise has to go to Oscar Isaac for his incredible acting throughout the series. Steven Grant and Marc Spector are polar opposites from each other in terms of personality and Isaac switches between them flawlessly. Grant is the squishy marshmallow of the two, with a heart of gold and anxiety through the roof. At the beginning of the series, you see him fearful of most situations, however as the story continues his desire to do good and save the world carries him through some all-important character development. Marc Spector on the other hand is swift and anger-driven, though with a heart of gold when you get to know him. Both individuals are so distinct it’s amazing to watch on screen, in huge part to Isaac’s acting talent.

Ethan Hawke as Arthur Harrow is the villain that the MCU needed. When Arthur Harrow first steps onto the screen, chills ran up my spine. This is not the same type of villain we have seen before, but someone more real and scary. While his mission is rooted in the same mystical world as Moon Knight’s powers, his motivations are much more real. When Hawke indicated David Koresh as an inspiration for this character, he has never spoken truer words. The evil and cultish vibes he gives oozes off the screen and makes you feel vulnerable in a way no MCU villain has done to me.

Khonshu may be one of the highlights of the entire show. F. Murray Abraham brings the character to life in a way that I didn’t think possible. Khonshu serves as this omnipotent commentator with sass to rival a toddler. He’s exceptionally needy, undeniably rude, and one of the funniest characters on television currently. His voice is thunderous and his appearance is spooky, but you’ll be begging for him to have more screen time every time you see him.

Moon Knight is jammed full of action, starting early in episode one and never slowing down. The action sequences are well-choreographed, with a mixture of practical and CGI elements. The action doesn’t pull any punches, giving us the close to The Defender’s Saga that we’ve had in a while.

If you’re a fan of Indiana Jones or The Mummy series, the action and adventure in Moon Knight will bring you a lot of excitement. However, if you are watching this show for the connective tissue to the wider MCU, there isn’t much there for you. This story is pretty self-contained and may thrive because so. However, there is one passing mention of something from the wider MCU for eagle-eye fans.

The Moon Knight and Mr. Knight costumes are truly amazing pieces to see adapted for the screen. The way they move during the action sequences, specifically the cape was beautiful to see, giving me many awestruck moments where I was speechless. The CGI moved fluidly and flawlessly, without feeling awkward or clunky. Both suits provide distinct ways of fighting and moving, and I cannot wait to see more of the suits in the final two episodes and beyond.

Overall, Moon Knight is an exceptional entry into the MCU, and has the potential to be the best Marvel Studios show on Disney+. It had a great mixture of dark supernatural moments with humor both light and dark. Oscar Isaac and Ethan Hawke shine in this series, both clearly having fun in their first entries in the MCU sandbox.

I cannot wait to see how Moon Knight unravels for the fans and watch as speculation grows. If you thought you were ready for what you were about to see on March 30th, all I can say is hold on, because you aren’t prepared for what is to come. I know I wasn’t.

Marvel’s Moon Knight premieres on March 30, only on Disney+. Be sure to check out the other reviews on The Cosmic Circus including Anthony Flagg’s review of Moon Knight on YouTube below!

Would you like to learn more about Moon Knight in the comics? Take a look at these helpful reading guides compiled by Vin to find out what to start reading or catch up on some comics you may have missed!