This Saturday, July 23rd, Marvel Studios is hosting what has been called a Mega-Panel by Deadline at SDCC. This highly anticipated panel is expected to showcase the studio’s future slate of films and streaming television series in front of a very excited crowd in Hall H. Fans around the world are in for some huge surprises regarding the future of their favorite franchise this week, especially considering this is the first time in three years that Marvel has attended the biggest convention of the summer.

To remind you fantastic readers what kind of spectacle might take place when Comic Con descends on San Diego, let’s take a look back at the last four times Kevin Feige hosted a presentation in Hall H. Trailers, previews, and surprise announcements are a trademark of such events, as well as appearances by the main cast of many upcoming MCU productions, who greet excited fans and give a sneak peek at what’s to come.

Marvel Studios at SDCC 2014: the robot and the ant

It certainly feels as if it’s been a very long time since fans were speculating about what Phase Three (2016 – 2019) might even look like, and while they wouldn’t get that information at this event, they received their first look at Avengers: Age of Ultron (2015) and Ant-Man (2015).

A collection of individual character posters fighting numerous Ultron bots came together to form a collage of Earth’s Mightiest Heroes facing their new cybernetic nemesis. The danger the heroes were in was absolutely palpable, and there was also the first glimpse of Vision, a character who has become quite prominent in the franchise over the last several years.

There was a bit of footage shown of the second Avengers film exclusively to the people who were lucky enough to be present during the event, and fans were delighted because of the introduction of the Maximoff twins to the franchise. Elizabeth Olsen and Aaron Taylor Johnson were warmly accepted as young newcomers.

On the other hand, the cast of Ant-Man was introduced, which included Paul Rudd, Michael Douglas, and Evangeline Lilly to an audience who knew next to nothing about Marvel’s tiniest hero to date. The cast spoke and gave some early reactions to their entry into the MCU, to much fanfare from the audience.

After this exciting presentation from Kevin Feige, Marvel wouldn’t go back to San Diego Comic-Con the following year, instead, they focused on another big presentation hosted by Disney at their own El Capitan Theatre.

Phase Three was already in full gear when Kevin Feige returned to Hall H ready to wreak havoc. Many films were presented this time around, with an early look at a second trailer for Doctor Strange (2016), along with exclusive footage for those in attendance from Guardians of the Galaxy: Vol. 2 (2017) and Spider-Man: Homecoming (2017), the first solo Spider-Man project co-produced by Marvel Studios and Sony.

Between the exclusive content for those in Hall H along with footage released to the public, Marvel Studios provided a united experience for all those fans around the world, regardless of their access to SDCC tickets. On a smaller scale, concept art was shown related to Disneyland’s heart-stopping attraction: Guardians of the Galaxy: Mission: Breakout! and fans could take a look at props used on the set of future movies, such as Thor: Ragnarok (2017).

But the biggest news coming out of the presentation was the introduction of Brie Larson as Carol Danvers/Captain Marvel.

It had been rumored for some time by that point that Brie Larson was cast as Captain Marvel – one of the most powerful heroes from the comics – but having her step on that stage and join the cast from other properties was certainly special.

As 2017 rolled around, the slate was already packed, with little room to announce new projects. Instead, Marvel focused on revealing a couple of details regarding projects that were coming to the big screen within the next year.

Some of these details were the official confirmation that Michelle Pfeiffer would play the original Wasp, Janet Van Dyne in Ant-Man and The Wasp (2018), and that the main plot of Captain Marvel (2019) would be set in the ’90s.

When it comes to footage, a new trailer for Thor: Ragnarok (2017) premiered and people present at the event got to see exclusive Black Panther (2018) footage. What was shown on that Saturday evening was enough to impress a lot of people, creating huge expectations for the King of Wakanda, whose solo movie would go on to break plenty of box office records when it was released. The film also scored a Best Picture nomination at the Academy Awards.

The main event of the program was footage for the franchise’s biggest outing by that point. A battle that took a decade to construct and create anticipation for. Avengers: Infinity War (2018) footage took center stage to the delight of everyone who was able to see it, either by being inside Hall H or watching the internet leak mere minutes after the presentation concluded.

The whole main cast of the movie came out to greet true believers and to take photos that demonstrate just how big the scale of Infinity War would be, bringing together multiple MCU franchises in a desperate attempt to stop the Mad Titan’s ploy of vanishing half of all life from the universe.

After Avengers: Endgame (2019) was released and Thanos was finally defeated, there was a lot of uncertainty concerning the future of the franchise, given the fact that almost every single MCU story released up until that point was building up to the final showdown between The Avengers and the Mad Titan.

But Kevin Feige was in no rush to end things there. This was proven in how not only would Phase Four bring a completely new slate of films (including 2021’s Black Widow, Eternals, and this year’s Doctor Strange in the Multiverse of Madness), it would also expand the franchise into streaming television thanks to Disney+. WandaVision (2021), The Falcon and The Winter Soldier (2021), and Loki (2021) would be the first new Marvel shows to stream on the platform, and they were enough to wake the fans’ interest in this new form of media to tell adventures set in their favorite franchise.

The presentation was so massive that the Marvel Studios president himself mentioned how there were many other projects in development that couldn’t be showcased at the moment, such as Blade, Fantastic Four, and the then-untitled Captain Marvel sequel.

The power of Hall H

As this retrospective may highlight, Marvel Studios’ presence at San Diego Comic-Con has always been special, and it has gotten bigger and more exciting over time. As the franchise itself continues to expand, these presentations are a reflection of that growth.

It’s safe to expect more ensemble casts, directors, and screenwriters to appear on stage to create anticipation for the future, always led by Kevin Feige. This panel has become a major event in pop culture over the past decade, and there is no doubt it will continue to be one this week.

There are plenty of interesting MCU projects being released over the next couple of years. Now that Disney+ has been established as a relevant home of Marvel Studios productions, there will be around eight to ten stories coming out each year between television series and films.

Blade, Fantastic Four, and the Shang-Chi sequel could be some of the films that get to share the spotlight during the presentation. While on the streaming side of things, Secret Invasion, Echo, and the second season of Loki might reveal some interesting details about themselves.

In any case, Marvel’s Hall H panel will definitely be an event you don’t want to miss, full of special guests, surprise announcements, and all the excitement and anticipation the studio has accustomed its fans to over the years. The future of the Marvel Cinematic Universe is merely days away and we here at The Cosmic Circus can’t wait.

For a more extended guide as to what might be shown on Saturday, check our guide on what to expect from Marvel Studios at SDCC. Let us know on Twitter what you hope to see during Marvel Studios’ big night.

What to Expect from Marvel Studios at SDCC 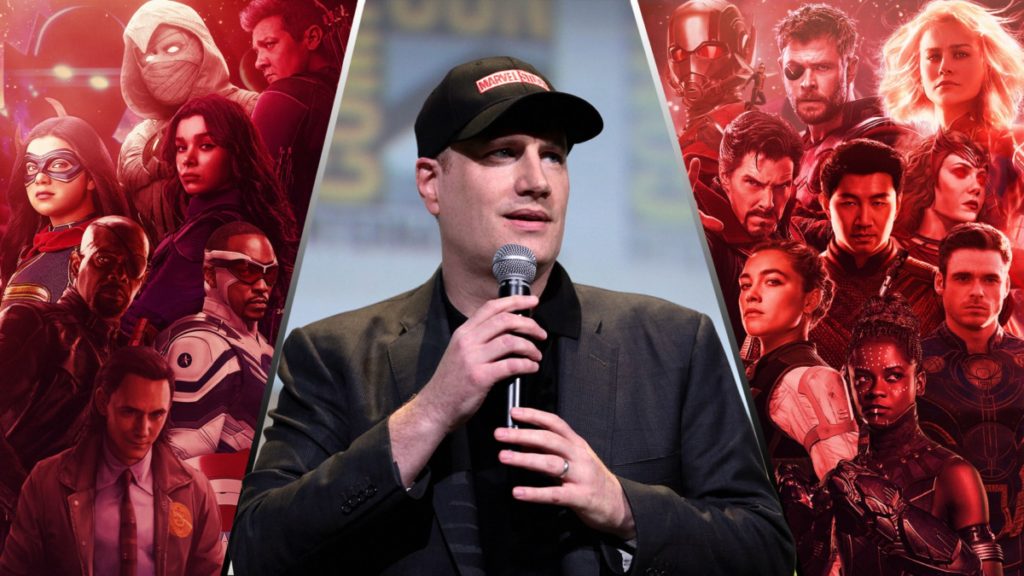