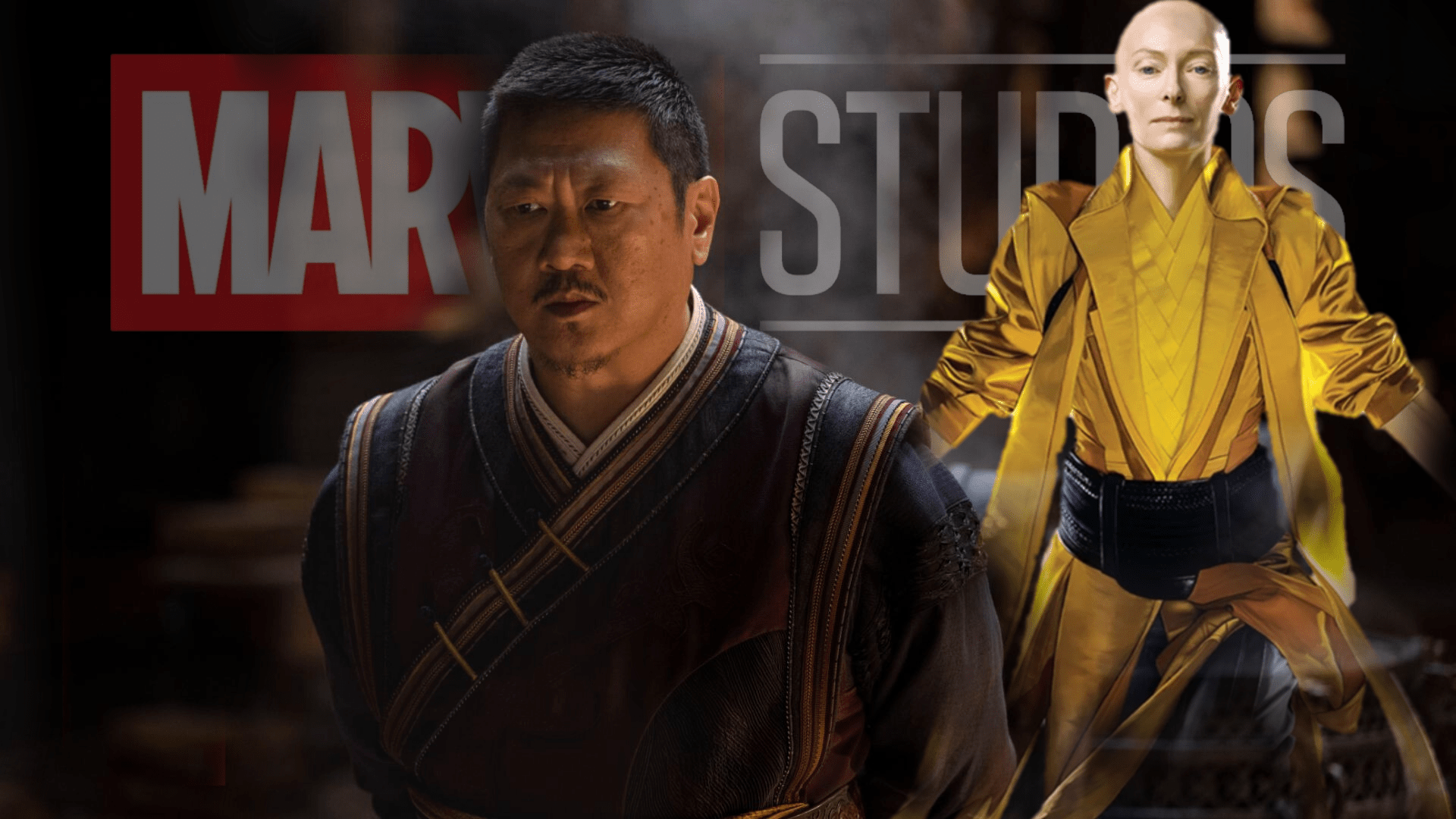 SMarvel Studios’ Doctor Strange brought us into Kamar-Taj and established the mantle of the Sorcerer Supreme. This sorcerer is meant to be the most skilled magic wielder, tasked with defending the Earth against the likes of Dormammu and other interdimensional beings. In the MCU, Tilda Swinton’s Ancient One was the Sorcerer Supreme before Benedict Wong’s Wong succeeded her during the Blip.

While the Ancient One was willing to do whatever it took for the greater good, Wong’s moral compass seems to spin around maddeningly in the aptly-named Doctor Strange in the Multiverse of Madness. Michael Waldron’s script twists Wong around to become whatever the plot needs him to be, going against his established character in the name of convenience.

[WARNING: SPOILERS for Doctor Strange in the Multiverse of Madness follow.]

Wong has become a fan-favorite MCU character despite his limited screentime. He had a supporting role to Benedict Cumberbatch in Doctor Strange and cameos in Avengers: Infinity War and Avengers: Endgame, but he made quite the impression in his brief fight sequences. Wong’s personality shines through in all of his appearances since he often serves as a source of comedic relief.

After an interesting cameo in Shang-Chi and the Legend of the Ten Rings, Spider-Man: No Way Home established that Wong had become Earth’s new Sorcerer Supreme. Fans expected this promotion to play a big part in Multiverse of Madness since Wong was marketed as one of the four main characters of the film, but instead, his role amounts to very little and, in fact, actively hurts the movie.

Firstly, Wong becoming the Sorcerer Supreme seems to have been treated as a joke instead of a big step for the character. Wong cracks jokes about how Stephen doesn’t bow to him, but it’s actually Marvel’s writers who don’t seem to have any respect for him.

In No Way Home, Wong becoming Sorcerer Supreme was a throwaway joke to explain why Stephen had time to help a teenager with college admissions problems. In Multiverse of Madness, America Chavez (Xochitl Gomez) is shocked that 616-Strange isn’t Sorcerer Supreme in his universe because Defender Strange was. These jokes make it clear that Stephen “should be” or seemingly deserves to be in the position over Wong, which severely undercuts Sorcerer Supreme Wong’s power and position.

That being said, maybe everyone has a point, Sorcerer Supreme Wong does absolutely nothing of importance in Multiverse of Madness to the point where he becomes a joke. Wong fights Gargantos in New York City but none of his magic is on par with Strange’s. All he does is make a portal and summon a magic string with a metal blade on the end, a far cry from Stephen’s inventive use of interdimensional creatures in the same fight or even the Ancient One’s go-to building-warping abilities.

At Kamar-Taj, Wong summons the Hong Kong and London sorcerers and turns the school into a fortress, right after explaining how unbeatable Elizabeth Olsen’s Scarlet Witch is. Wong sends his students to their gruesome deaths, simply watching and yelling as they’re slaughtered by his Darkhold-corrupted former ally.

In fact, neither Wong nor Strange make any kind of move to fight Wanda at Kamar-Taj, despite seemingly being the most powerful sorcerers on Earth. Again, that’s a far cry from the Ancient One, who personally fought her corrupted pupil Kaecilius on numerous occasions despite knowing it would lead to her death. Strange makes a shield at one point and shoots some vipers at Wanda once she has him cornered, but you’d think the Sorcerer Supreme himself would get involved in a conflict that has devastating implications for the entire multiverse.

The Slippery Morals of the New Sorcerer Supreme

Wong’s shifting morals are undoubtedly the worst part of his role in Multiverse of Madness. He’s unwilling to make the tough calls required of the Sorcerer Supreme despite his steadfast strength in earlier films. Wong threatened death upon anyone who stole from Kamar-Taj’s library and refused to engage in the larger fight with Thanos because he had a higher calling to protect the New York Sanctum from attack. However, in Multiverse of Madness, Wong’s actions flip-flop nonsensically depending on what the plot requires.

The most egregious example is how he treats his students. He sends them to their deaths in Kamar-Taj while he does nothing to fight Wanda, running away to safety while she viciously kills them. Wong is devastated by Sara sacrificing her life to destroy the Darkhold as Wanda dream walks, but he still lets her do it. Then, minutes later, he gives up the location of the Darkhold spells anyway, rendering Sara’s sacrifice meaningless.

The moment when Wong gives up Wundagore’s location to Wanda is the perfect example of my issues with the film. Wong is willing to die to prevent Wanda from accessing the Darkhold spells once more, which makes perfect sense.

At that moment, the sorcerers have effectively won. The Scarlet Witch cannot travel through the multiverse, America and Strange are safe for the moment, and there is no better time to free Wanda from the horrors of the book’s corruption. At that moment, everything could be set right if Wong could only get through to Wanda and make her come back to herself. The Darkhold is gone and easy access to dark magic has died with it.

Despite this victory, Wong immediately gives it all up because Wanda picks up four of his students. She tortures these sorcerers for less than a minute by puppeteering them around in midair, and suddenly all of Wong’s convictions go straight out the window.

Even though this man was willing to die to protect Wundagore’s location, watched Sara sacrifice her life to destroy these spells, and allowed dozens of his students to die fighting Wanda hours earlier, four lives suddenly become more important than the safety of the entire multiverse. What’s so special about those four sorcerers that made their lives worth more than anyone else in Kamar-Taj? I doubt Michael Waldron knew either.

The Problem with America

Wong’s hypocrisy is evident in the way he treats Wanda’s desire to take America Chavez’s power. Both Wong and Strange look down on Wanda throughout the film, parading around on their high horses as they preach about their morality. This writing is absolutely ridiculous given how quickly both characters sink down to Wanda’s level, without even the excuse of demonic corruption to account for their actions.

Wong acts as if taking a child’s life is absolutely reprehensible (which it is, to be clear), spitting out the words as if they burn his mouth. But hours later, Wong tells Strange to kill America and drain her power without hesitation. No one is defending Wanda’s actions here, since she absolutely should not have been trying to kill a 14-year-old girl (and she had a pretty asinine reason for doing so). However, Wong willingly sacrificed the lives of far too many people for America only to tell Strange to do the exact same thing as Wanda, all without even trying to lift a finger against her.

The two most powerful sorcerers in the world don’t do anything but run away from Wanda and preach to her while acting just as bad as she does. The Ancient One would have let all of her students die to protect the safety of the multiverse rather than turn Wundagore over to Wanda. She understood that as the Sorcerer Supreme, one needs to make tough calls.

Wong regards the lives of his pupils as worth nothing and everything simultaneously, letting tons of them die but then giving up the safety of the entire multiverse for a select few of them.

He looks down on Wanda for trying to take America’s power for her own gain and yet he tells Strange to take it anyway. What would stop Wanda from taking the power from Strange after America died? Again, it seems Michael Waldron didn’t even bother to think about these idiotic decisions after he made them.

Wong’s actions as the Sorcerer Supreme are so laughably stupid that it makes the character into an absolute joke. I’m a huge Wong fan and would love to see him pop up in all kinds of Marvel properties for years to come – but if his character is going to be as badly written and inconsistent as he was in Multiverse of Madness, I’d rather his story end here (or in She-Hulk).

I walked into this movie worried Wong would die, and honestly, I sincerely wish he had. Going out fighting would have been a better arc for the character than having him do nothing but act high and mighty without doing anything to back it up.

All Wong does in this film is whip a magic string around and change his morals based on what the plot requires of him. He plays chess with people’s lives without taking on any of the danger himself, never once lifting a finger to fight the threat he allows countless others to perish against.

Wong’s tenure as the Sorcerer Supreme is off to a shockingly bad start, both from a story and an action standpoint. At least the Ancient One’s hypocrisies, like drawing power from the Dark Dimension, actually benefited the greater good.

That’s the excuse that Strange and Wong use for their actions, but Wong doesn’t actually do anything for the greater good. You’d think someone who trained under the Ancient One for several years would pick up on some of her teachings, but it doesn’t seem like Wong did.

Perhaps his unwillingness to let his students die was meant to be an example of why Wong is unfit to be Sorcerer Supreme. Maybe it’s supposed to show that he isn’t willing to make the tough decisions necessary to protect reality. If so, that’s just more bad writing since he was willing to make the same decision to sacrifice lives for the multiverse earlier in the movie.

There’s no exploration of Wong’s character in Multiverse of Madness that could account for this explanation, either. He’s just comic relief and a plot device, something a lot of characters are reduced to in this film.

In the future, I sincerely hope we get to see Wong actually do something as the Sorcerer Supreme. If we continue on this track, he’s going to retire offscreen and give the mantle to Stephen before the third Doctor Strange movie with a joke about how he couldn’t handle the stress of the job.