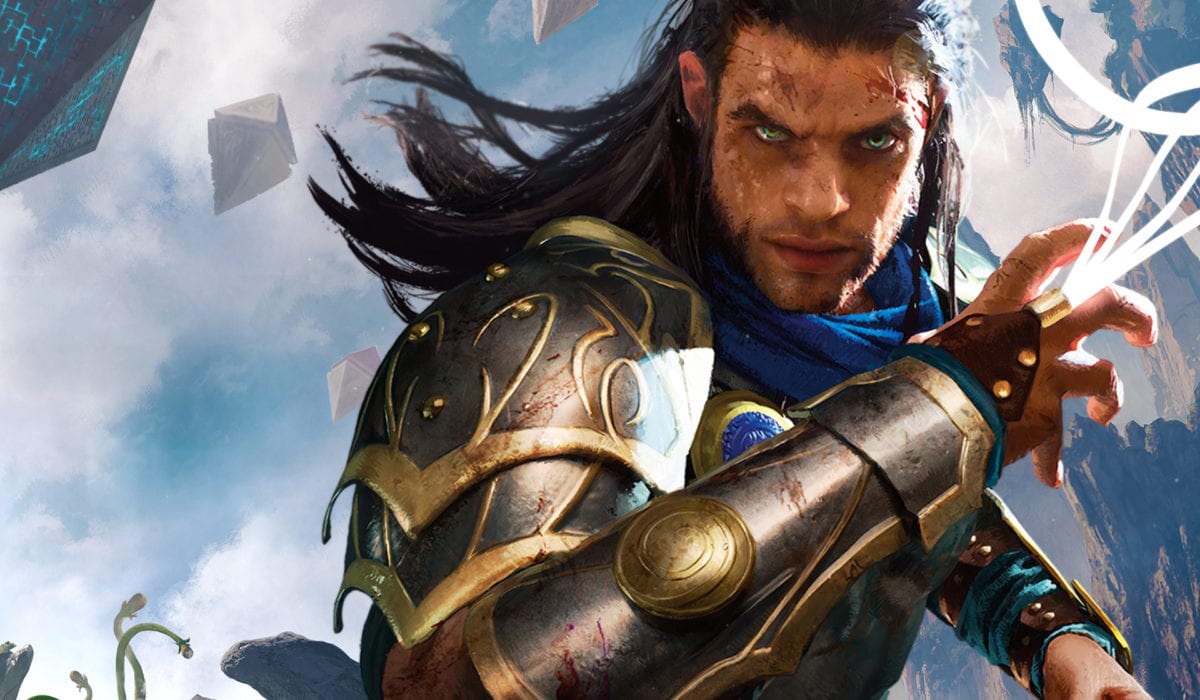 News has been scarce since Magic: The Gathering was announced by Netflix back in 2019. At the time of the announcement, it was being described as an animated series that would explore the lore and characters that exist within the card game. The series was being developed and executively produced by the Russo Brothers (Joe and Anthony), who were coming off the success of their back-to-back Marvel Studios films. However, this week alone Variety reported on not one, but two pieces of news about the Netflix series, including the casting of Brandon Routh, which seems to indicate that the project is still rolling along.

On August 20, Variety reported that the wildly popular direct duo of the Russo Brothers was no longer attached to MTG the series and that Jeff Kline would be taking over as executive producer as well as leading the creative team or the show. Kline has an extensive history of working on animated projects over the past 24 years. His credits include Jumanji the series, Jackie Chan Adventures, Dragon Tales, G.I. Joe: Renegades, and a slew of Transformers show in recent years. Some of the before mentioned series, as well as others he has worked on, have been huge successes and cherished memories from many individuals my age’s childhood. While it would have been exciting to see the minds behind Avengers: Endgame developing the animated world of one of my most beloved card games, it seems like the project is currently in the hands of someone who is capable of creating something just as magical.

That news alone seemed like a huge bombshell for fans of Magic: The Gathering, however then Wizards of the Coast (the company that created and distribute the card game) announced the first cast member for the animated series during their Magic Showcase 2021 Stream. While they did not discuss any of the details about the plot of the show, but they did announce that Brandon Routh would be voicing Gideon Jura. Yes, that Brandon Routh. Superman, Atom, Todd Ingram, and all-around loveable nerd would be gracing the world with his vocal talents as one of the leads of this show. It did not take him long to find his next project after ending his tenure on DC’s Legends of Tomorrow and other Arrowverse shows just last season. Gideon Jura seems like the perfect role for him to take on, as Gideon is truly a symbol of strength and hope in a world of nefarious baddies and changing landscapes. He has been a Planeswalker (an individual who controls the magic and creatures in the game) that has shown up in many books and sets of cards through Magic’s long history. It makes sense to have him be the guide for new and old through the animated world that Magic The Gathering is bringing screens everywhere.

Wizards of the Coast did indicate that the show would expand on the stories of the Planeswalkers, though did not expand on if that meant a retelling of their stories from the different card sets or if the show would be continuations of stories already established. Wizards of the Coast also announced a prequel novel for the series written by Django Wexler, due to be released in 2022 along with the series. They stated that the novel would focus on Gideon along with a fellow Planeswalker (Jace Beleren) as they attempt to fix problems across the multiverse. Kline’s creative team was announced this week as well, with Steve Melching working as story editor as well as co-executive producing the series, with Audu Paden serving as the supervising director. Writers attached to the project are Nicole Dubuc, Russell Sommer, Dan Grey, and Taneka Stotts. Bardel Entertainment is no longer animating the project with Snowball Studios taking that over.

Look for Magic the Gathering the series to air exclusively on Netflix sometime in 2022.
Source: Variety, Variety 2