Just a few years ago, the multiverse as a concept for Marvel Studios felt so foreign and too ambitious with where the ‘universe’ was at the time (even if The Ancient One had already ‘announced’ it in Doctor Strange). While Marvel Studios has repeatedly outdone themselves, a concept of this logistical magnitude is a bit crazy of an idea, so let’s look at the state of the Multiverse since the beginning of phase four and where it can go from here.

Everyone Wants A Happy Ending: WandaVision

When WandaVision was announced at San Diego Comic-Con back in 2019, fans around the world believed that this had to be the series to crack the multiverse open. The premise at the time was that Wanda Maximoff, played by Elizabeth Olsen, would end up in periodic sitcom worlds with her husband Vision, played by Paul Bettany.

The trailers for WandaVision had everyone speculating about how he came back into the world, thus furthering fuel for the multiverse implications. When discussing multiverses, the first thought that comes to mind is alternate versions of characters fans already know. As What If…? progresses through its freshman season, we’ve had exposure to multiple character variants throughout the series and in one case (Doctor Strange) had multiple variants in a single episode!

This was similar to one of the main theories that were circulating about the reappearance of Vision. It was largely believed that somehow Wanda, due to her complicated grief over her multiple devastating losses, blew open the multiverse to bring her love back. While this did not happen entirely, the show delved into the idea that a new reality can be created right in the middle of our own. Not only was Wanda able to create her own reality within her reality, but she was also able to create her own idyllic nuclear family completely from her chaos magic.

The post-credit scene of WandaVision’s final episode gives us a glimpse of how Wanda will play into the greater multiverse story. In the scene, Wanda, who has embraced her pre-destined mantle of the Scarlet Witch, hears the voices of her children calling out to her as if they were trapped somewhere. This heartwrenching realization will be highly consequential to the Multiverse as Wanda searches for her boys in Doctor Strange in the Multiverse of Madness.

The Beginning of the Multiverse: Loki 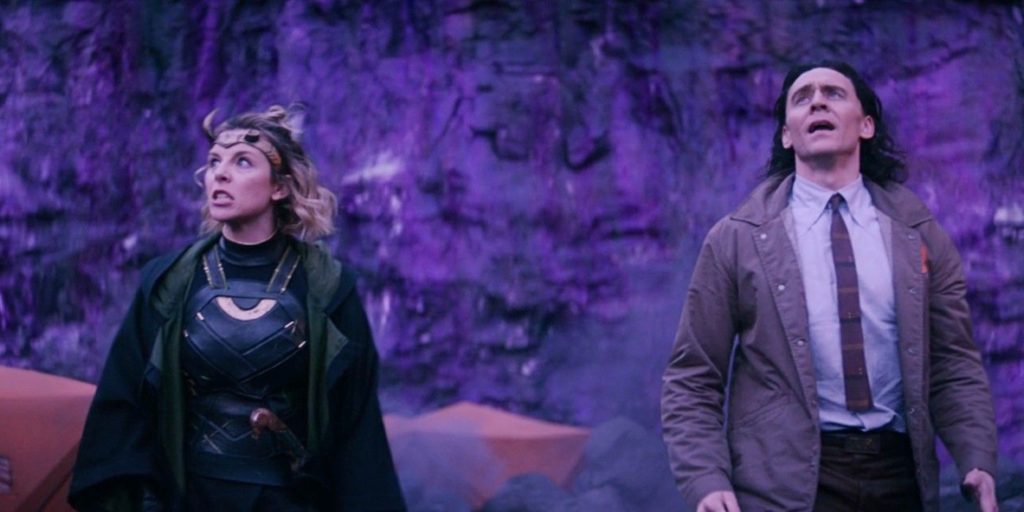 Next, for our world-building purposes, we’ll look at the actions of Sylvie (Sophia Di Martino) in the final moments of Loki season one. When Sylvie kills He Who Remains (Jonathan Majors), she creates infinite chaos across space and time. So many branches are created that not even the TVA could prune them fast enough to save the Sacred Timeline. This is where the actions of one person created endless possibilities that will impact the MCM from here until the end of time.

Even the TVA, which was once outside of time and space, has now been impacted by the death of He Who Remains. Mobius M. Mobius (Owen Wilson) and the other members of the TVA no longer recognized Hiddleston’s Loki. Where statues of the Time Keepers once stood, now stands a single, looming statue of Kang The Conqueror. It stands to reason that season two will be dealing with that aftermath and perhaps a much more upfront and imposing TVA leader in Kang himself.

Endless Possibilities: What if…?

What If…? Is the first project in the MCM that is completely animated and the first project since the fracturing of the Sacred Timeline in Loki.  Each episode is based on one of the 23 feature films from the Infinity Saga, though with one major change for each one. The changes have the potential to have huge ramifications on the MCM, not just because every new reality has its own story thread, but because Supreme Ultron from episode eight showed viewers that moving between universes isn’t impossible.

It truly feels now that the multiverse has been cracked wide open with everything and anything now possible. 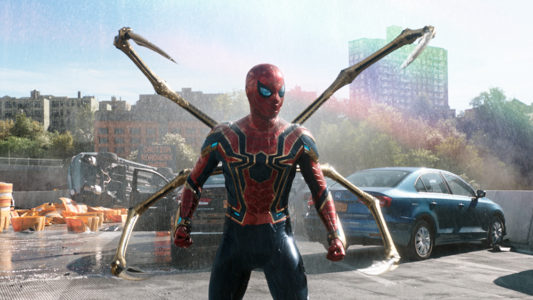 (SPOILER Warning for Venom: Let there Be Carnage below!)

In true comic book form, the Loki series served as the prelude to what will become of the new Multiverse Saga, which means that Spider-Man: No Way Home will be an action-packed first chapter.

From the trailer for Spider-Man: No Way Home, we saw that Peter Parker (Tom Holland) wishes to reverse the world’s revelation of him being Spider-Man. This leads him to ask his now ‘colleague’, Doctor Strange (Benedict Cumberbatch) for a literal magical solution. The trailer alludes to the Multiverse and balancing other realities, and for a fascinating explanation on how exactly the spell works, check out our own Alex Perez’s recent article explaining it. He also wrote an exclusive with details about the fight between Peter and Dr. Strange in Spider-Man: No Way Home HERE.

By the end of the trailer, we can safely assume that the spell has gone horribly wrong, as it’s revealed that super-villains from the past live-action Spider-Man universes are now rampant in the MCU proper.  Although we’ve only had glances of one of the villains of Spider-Man: No Way Home, there is increasing evidence of a multiversal Sinister Six coming into play, with a clear shot of Alfred Molina’s Otto Octavius/Doctor Octopus along with the notoriously famous pumpkin bomb rolling into frame belonging to Willem Dafoe’s Norman Osborn/Green Goblin.

Now with the Venom: Let there Be Carnage post-credits scene linking Venom with Tom Holland’s MCU Spidey, it sets up everything for the expansive Spider-verse and everything contained within to join into the MCM as they see fit.

It’s An Emergency: Doctor Strange in the Multiverse of Madness

After the events of the Spider-Man: No Way Home, Doctor Strange will be attempting to navigate and repair the holes in the Multiverse, which are rapidly becoming more unstable. This film is set to explore many different realities in the multiverse, in major part thanks to America Chavez (Xochitl Gomez) whose power allows for her to punch holes in between the fabrics of reality. Some of you might remember Lizzie Hill’s exclusive from September 2020, indicating that “Stellar Vortex” was the working title for the Doctor Strange sequel. This is something she mentioned at the time that might mean a big important part for a certain multiverse traveling teen. As more hints and leaks come out about it in the past year, that seems more and more likely to be the case.

With the post-credit scene of WandaVision giving a glimpse of Wanda searching for her kids, it leads us to believe that she will be seeking America to help her find them. We should expect to see Wanda go to any lengths to find her children, especially as her mental health deteriorates after facing so much loss. Her connection to the Darkhold is also likely to affect her behavior as she frantically tries to reunite her family. As Agatha had stated, the prophecy about the Scarlet Witch being the destroyer of worlds will begin to take form. These worlds being ones that she moves through in her mission to find her children, leaving destruction in her wake. The ramifications of this film will be huge throughout the Multiverse.

Friends in Small Places: Ant-Man and the Wasp: Quantumania

In the finale of Loki season one, we see a statue of Jonathan Majors as Kang the Conqueror. With Majors confirmed to appear in the third Ant-Man film, the branching threads created by Sylvie when she killed He Who Remains will likely be a part of the adventure as well. Since Kang is from the future, it’s even possible that some time-hopping will give us another glimpse into Marvel’s interpretation of what the world will look like years from now.

In addition to the surprising reported return of Corey Stoll’s Yellowjacket (also teased in Loki), we will also see the not so surprising return of Michelle Pfeiffer’s Janet Van Dyne. One can speculate that she uses her tenured experience in the Quantum Realm to navigate everyone safely there. After 30 years spent in the Quantum Realm, she proved she has survival instincts and skills beyond measure.

What If…? will continue to explore those individual stories that will hopefully expand with each season that follows. The multiple realities will become important in building the stakes to the collapse of all realities.

Kang will continue to use time, his knowledge from the future, and the multiverse as a weapon to gain power and influence. He will work to secure his goals through the Quantum Realm and using realities past those we’ve seen and have not.

Wanda on the other hand will continue to use or be controlled by the Darkhold as she expands her influence in an attempt to get her family back to her. I strongly believe that she will be the one that brings about the pending collapse of the Multiverse in a way similar to that seen in Secret Wars. Though that is to be explored in our final piece of the Macroverse series, where will we look towards the overarching story and how it impacts every subsection that we’ve discussed previously.

In the meantime, if you’re interested, you can find the previous four parts of our Marvel Macroverse series to read HERE.