Love in the Time Variance Authority: Kang and Ravonna in ‘Loki’ 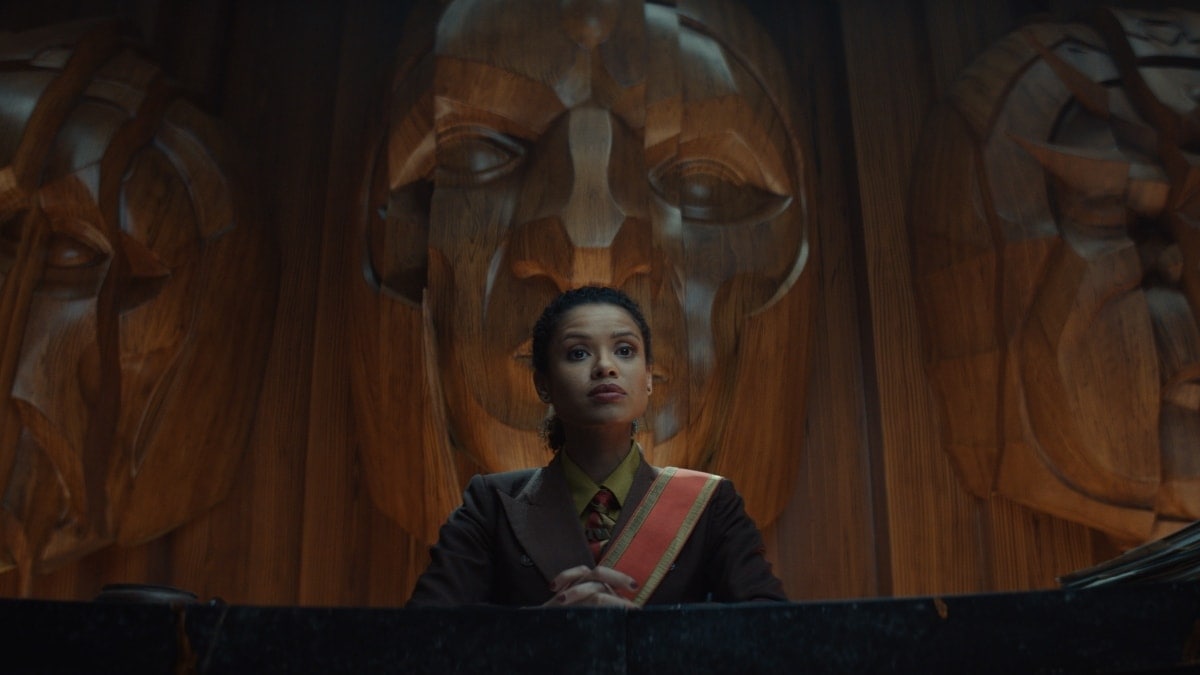 Love in the Time Variance Authority: Kang and Ravonna in ‘Loki’

At the conclusion of “The Nexus Event”, Loki fans everywhere were left with several questions pertaining to the legitimacy of the Time Variance Authority. While we could all tell that there was something fishy going on at the TVA, it’s hard to know just how deep the conspiracy goes. In this article, I’ll be exploring my theory about how much employees of the TVA know about their creation, including who’s behind it all.

There are two possibilities behind the mythical Time-Keepers. Maybe they actually existed but died, leading to their android replacements, or they never existed at all and were always a lie. The second option seems to be far more likely, but then we’re faced with new questions: did anyone know that the Time-Keepers were fake, and who really created the TVA? The answer to the second question seems fairly obvious, as the infamous time-traveling villain Kang the Conqueror has long been rumored to appear in Loki. However, the first question leads us straight to Ravonna Renslayer, the woman at the top of the TVA.

The Judge and the Conqueror

Ravonna Renslayer may be the TVA’s Judge in the MCU, but in Marvel Comics she was the princess of a kingdom under Kang’s control in the 40th century. Kang loved her and hoped to marry her but Ravonna didn’t reciprocate his feelings. As with all comic books, their relationship got pretty complicated, and eventually, Ravonna took a gunshot meant for Kang and fell into a coma after realizing she did indeed love him.

Now, Gugu Mbatha-Raw has said that Loki acts as “more of an origin story for Ravonna Renslayer, predating some of the stuff in the comics […] All that stuff is there”. We know that all employees of the TVA are Variants whose memories have been wiped, and “The Nexus Event” showed audiences that Renslayer wasn’t always the Judge. As Hunter A-23 (a reference to her first appearance in Avengers #23), Ravonna brought a young Sylvie in front of an unknown male Judge, implying that she was able to work her way up through the ranks of the TVA. Therefore, since Ravonna was previously a Hunter, she must be a Variant just like every other Hunter (and employee) in the TVA.

But how much does Ravonna know about the TVA’s creation? She was the only one with access to the Time-Keepers but it seemed like she was trying to cover up the fact that they don’t really exist. She also didn’t appear to have a reaction to the decapitated android head since she wasted no time in pruning Loki after coming to. While I really didn’t want her to be evil, it looks like Ravonna Renslayer is entirely complicit in the TVA’s lies. However, if we accept that Ravonna knew about the lie behind the Time-Keepers, does that mean every Judge knew about the lie?

I don’t think so. My theory is that Kang created the TVA at some point in the future after Ravonna fell into her coma and he couldn’t save her. He would pluck Variants out of the Sacred Timeline until he had a big enough staff to run the place without his direct involvement, setting up the android Time-Keepers as a way to communicate with the Judge. One day, Kang finds a Variant of Ravonna and makes her a Hunter instead of letting her be pruned. She then works her way up through the TVA over the years until she becomes the Judge, with or without Kang’s help. At this point, he does something he’s never done before and reveals that everything about the TVA is a lie to Ravonna, showing her their life together in the 40th century and their love for one another.

This would mean that Ravonna is working with Kang to uphold the Sacred Timeline, which I believe has one of two outcomes: either it’s the only timeline that guarantees Kang’s existence in the first place, or, more likely, it’s the only timeline in which he accomplishes his ultimate goals. Ravonna would be persuaded to work with Kang after seeing what happened to her in his timeline, knowing that they’ll end up on top together at the end of time. Of course, there’s the possibility that Ravonna knew everything in the TVA was a lie except the Time-Keepers, but that seems unlikely given her comic book history with Kang. After all, Loki’s had a love theme running through it for the past couple of weeks and a tragic time-traveling love story emerging in the final two episodes would cap it off perfectly.