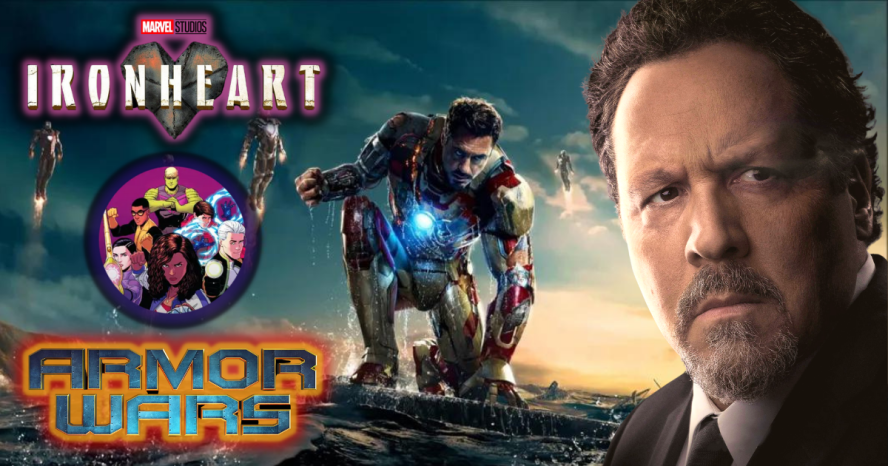 Harold “Happy” Hogan (Jon Favreau) has served as a mentor figure throughout the MCU. His latest appearance was in Spider-Man: No Way Home, standing in front of  Aunt May’s grave. He doesn’t know who Peter is, his best friend Tony is dead, Natasha is dead, and Steve’s whereabouts are unknown.

So what could be next for Happy Hogan? His last scene left me feeling empty about his character and wondering if this was the end for him.

Does he still work for Stark Industries? We know that he’s still close with Pepper and Morgan because of Morgan’s hand-drawn picture in the background of No Way Home, along with Sandman picking up her portrait. So if this was the end for Happy, he deserved more than that.

I think the next major MCU project Happy could appear in is Armor Wars. As far as we know, the plot focuses on Rhodey (Don Cheadle) having to face what happens when Tony Stark’s tech falls into the wrong hands.

Happy could make an appearance if he is still connected to Stark Industries and working as security. He and Rhodey are still friends and I think that Tony’s death brought them closer together.

The deleted scene from Spider-Man: No Way Home showing Matt Murdock (Charlie Cox) representing Happy could give us a hint as to what his future holds at Stark Industries. Even though Damage Control doesn’t know who Peter Parker is anymore, my guess is that they are keeping a close eye on Stark and their security, which means Happy could be blamed for the stolen technology once again.

Ironheart is also a likely candidate for Happy’s return

I also think there is a chance Happy could briefly appear in Ironheart. We don’t know much about the plot of this show, but in the comics, Riri Williams is a super-genius that builds her own Iron Man suit. She started a secret project to reverse engineer technology from an outdated Iron Man suit using materials from her school’s campus.

We already know from Black Panther: Wakanda Forever’s filming over the summer that Riri (Dominique Thorne) is currently at M.I.T., which is Tony Stark’s alma mater.

After No Way Home, I think Happy might be wary of who he gives access to Stark technology, but he could possibly play a role in setting Riri up with a lab or just being a resource for her.

Could Happy help the Young Avengers too?

Since Happy was a mentor to Peter, his next possible step is becoming a mentor to the MCU’s Young Avengers. He still has access to Stark tech and possible entry to any building in Tony’s name. I’m assuming Tony had multiple properties all over the U.S., including New York, which the Young Avengers could use as a meeting spot.

In the first Young Avengers run (2005), Kate Bishop turned one of her father’s abandoned publishing factories into their secret headquarters. I think it would be cool if a new team was using a building Tony intended for the Avengers to use.

It would be another way for the kids that look up to these heroes to carry on their legacy. In the comics, the Young Avengers didn’t really have a mentor figure that constantly watched over the group. The only adults that paid attention to them were Steve Rogers, Tony Stark, Jessica Jones, and Jarvis (Tony’s butler) on a few occasions. Happy could fulfill that mentor role for the group, acting as a messenger between them and the other Avengers.

Sadly, for now, Happy Hogan’s next appearance in the MCU remains a mystery. I hope that he is in more future projects, especially with characters that were close with Tony. And hopefully, if the time comes, they give Happy a proper send-off.

What do you think? Will Happy show up again soon? Let us know in the comments or on Twitter @mycosmiccircus.