‘Loki’ Unleashed the Multiverse – What’s Next? 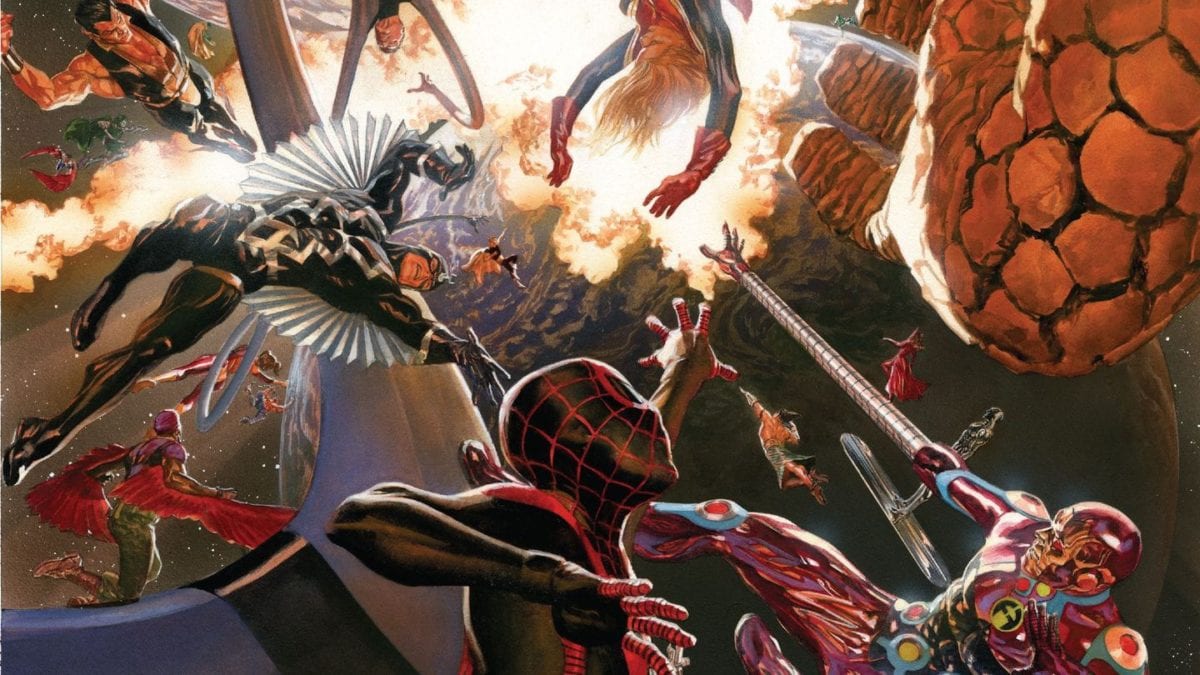 ‘Loki’ Unleashed the Multiverse – What’s Next?

SPOILER WARNING for the Loki season finale below!

For those of you who might need a reminder, the final episode closed out when Sophia Di Martino’s Sylvie killed “He Who Remains” (who is in fact a version of Kang the Conqueror played by Jonathan Majors) and the tightly wound ball of yarn that was the multiverse completely unraveled in front of our eyes. Looking forward to the projects to come, it’s not hard to see where the MCU is going next.

Watching all of those different off-shoots of the Sacred Timeline spread, and then watching the credits roll, only one thing hit my mind: “I can’t wait to see What If…?” About one year ago, I would’ve told you that What If…? is only a fun little animated appetizer while all of the main course MCU shows take a break. Now, having seen all of Loki and only being weeks out from the premiere of What If…?, this show feels like one of the most important projects in the MCU to come.

What once seemed like a distracting side project, now seems like a calculated pit stop to prepare fans and educate them in the multiverse before certain films hit theatres. With the multiverse in play, and having seen these characters from different universes team up together in the trailer, it’s become a viable possibility that we could see these “Guardians of the Multiverse” grace the big screen in some projects in the future.

Just when I might think that the MCU is slowing down with something like this, they completely flip the deal and show me that this project only exists to send the multiverse into hyperdrive.

Even looking past What If…?, the MCU is sprinkled with multiversal goodness all throughout. That becomes abundantly clear when looking at the two highest-profile projects in the MCU to come: Spider-Man: No Way Home & Doctor Strange in the Multiverse of Madness.

Spider-Man: No Way Home has been all but confirmed by Feige himself to be a multiverse extravaganza. At the very least, Alfred Molina and Jamie Foxx might have accidentally let slip that they’ll be returning as their respective Spider-Man characters in the upcoming film. But depending on what rumors you listen to on the internet, this movie could be nothing short of loaded; even including the return of old Spider-Men and almost every Spider-Man villain of the past films.

Doctor Strange in the Multiverse of Madness is an aptly named melting pot of a film led by the king of incredibly bizarre filmmaking: Sam Raimi. Not only does the title reference exactly what we saw in the Loki finale, but the film includes the premiere of America Chavez in the MCU. For those who don’t know, Chavez’s powers in the comics include punching star-shaped holes in the multiverse. Considering the trail of projects that lead up, this film has the potential to be one of the craziest, most off-the-rails things we’ve ever seen on the silver screen.

After the credits in the season finale of Loki, Feige took the opportunity to confirm that the show would be returning for season 2. That one fact completely reframed the entire show, and made the statement “we aren’t quite done yet.” We all heard the message loud and clear.

Loki season 2 is bound to be very exciting. Not only does it tease that Kang the Conqueror is now in charge of the TVA with a giant-sized Jonathan Majors as Kang statue, but it currently looks like it’s set up to be a trek through the multiverse to turn things back to normal. When imagining what could be waiting for Tom Hiddleston’s Loki in the multiverse, and who or what he might come across, the possibilities are endless.

I’d also like to take this disjointed opportunity to mention that Kang is seemingly connected to the future of both Peyton Reed’s Ant-Man and the Wasp: Quantumania and season 2 of Loki. But, at this point, that movie is so far away that I can’t even attempt to speculate on how they could connect.

A Marvel Multiverse usually means one thing: Secret Wars. In the comics, Secret Wars was an event that allowed all different iterations (or variations) of characters to share the limelight. Having guest star Jonathan Majors’ character He Who Remains explicitly mention a multiversal war as a result of an action that we saw Sylvie take, must mean that that very war is not far off in the future.

The groundwork for Secret Wars has been laid, and this means that anything and everything can happen. The X-Men could be introduced. We could revisit any previous iteration of Marvel characters. Hell, it could mean we see Wolverine wear the Venom symbiote. If Feige wants it, this story allows it to happen. Like I said: anything and everything is on the table.

The multiverse having been formally introduced in Loki was incredible, and it means that there is a lot of fun to come in the future. But I do hope that they don’t lose sight of the characters. Introducing variants, and introducing so many big ideas — I just don’t want them to forget why people love the MCU so much in the first place. I was the most interested in the Disney Plus shows when the characters are just having conversations, and I hope we don’t sacrifice that for the big stuff. We can have both, and I hope they stick the landing.