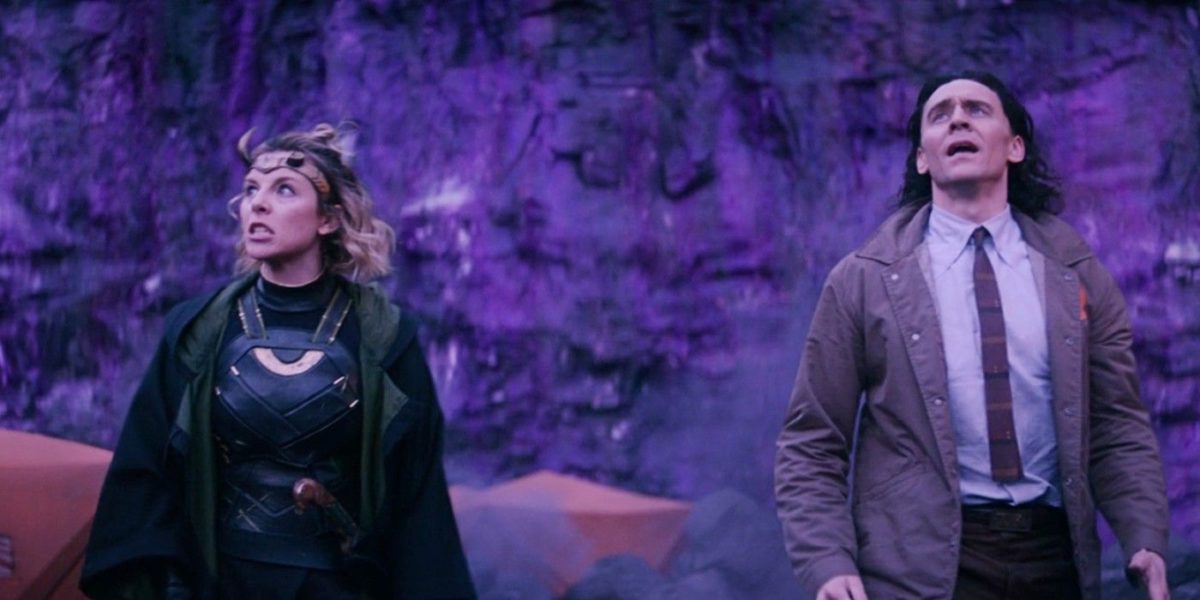 It’s incredible to find ourselves in the 6th week of Marvel Studio’s Loki. The series has seemingly flown by. After his untimely death in Avengers Infinity War at the hands of the Mad Titan, it seemed impossible to imagine Loki’s return to the screen. Tom Hiddleston’s Loki was an instant fan favorite by the time the credits rolled on 2011’s Thor. His wit, charm, and neverending smile continued to woo the audience as he took us through heroic highs and villainous lows over a decade-spanning journey. I knew I was in for a treat every time he or his sparkly green magic appeared on-screen. Although his motives are not always malicious, as seen with his affinity for his adopted mother Frigga.

It became a pivotal point in Loki’s story when he began his transition from selfish narcissist to exhibiting some love towards the people who adopted him. Not just his immediate adoptive family, but the Asgardian people as a whole. This redemption arc from Thor to Avengers: Infinity War brought satisfaction to the Nine Realms and fans alike. Loki’s grand ambitions to rule the world with immense power gave us plenty of high moments, however, it also brought about his untimely demise.

That’s when it seemed that his story reached a natural conclusion. Until Avengers: Endgame surprised us with a trip into the past and our first branch in reality. 2012 Loki escaping with the Tesseract. As he disappeared into the blue cloud of the power stone, this was the moment audiences became aware that Loki’s story was experiencing a late renaissance. The door was now opened for more hijinks with a lesser-traveled Loki, and so the Disney+ show was born.

Previously we looked at the journey our favorite Frost Giant took from the first episode of the series to the last. The highlight reel of what brought our beloved trickster from imprisonment amongst boring bureaucratic procedures to a doom-filled Void. We explored his place in ‘The Sacred Timeline’ as if his time with the TVA was predestined by the Time Keepers themselves. But now it’s time to look to the future. What is in store for the God of Mischief as the curtains close on the season finale? The show is sure to provide many crazy twists and turns that we won’t see coming. However, this is what Redovah and myself think will happen in the closing hour.

Let’s start off with the big one. KANG….he HAS to appear, right?! Throughout the series, there were plenty of clues that something is off with the Time Variance Authority (TVA). Miss Minute’s narration in episode one indicated the video was created by the Time Variance Narrative Commission. Alongside the secrecy of files in the library quickly had me questioning the validity of the TVA’s mission. Later, Sylvie casually discloses to Loki that everyone at the TVA are variants, highlighting that their memories of their previous life had been wiped. In the comics, Kang is a being that has taken on many forms (Scarlet Centurion, Rama-tut, Immortus) which is reminiscent of the variants we’ve been introduced to.

When Sylvie hurls a weapon to decapitate The Time Keepers, they simply laugh with contempt and power down. How? Are they controlled from afar? There must be someone behind all this! There was a whole “man behind the curtains” Wizard of Oz aspect to the scene and leading up to it, and it seems as if we will finally meet the person behind it all in the finale. However, our clearest hint was the castle at the end of the fifth episode. Ravonna disclosed that whoever was in charge resided in a time beyond the void. Which sounds like Castle Limbo, a castle outside of time and space.

It’s possible Kang is in the majority of the finale episode. After a strongly delivered monologue, perhaps there is a brief fight between our protagonists and Kang. The fight could end with Kang escaping through his dastardly means so he can supposedly find his way to the events of Ant-Man: Quantumania.

Or, as our own site owner, editor, and scooper-in-chief Lizzie Hill points out to me, perhaps this Kang, this version, doesn’t escape at all. We are, after all, leading into a “Multiverse of Madness” with this series. The story has explored the idea of variants and time travel after all. If Kang and the TVA are in fact what has kept the prime timeline in check up until now, and kept any more multiversal wars at bay, one has to wonder what exactly happens with the multiverse and Sacred Timeline that causes everything to go so far off the rails.

Another route could be that Kang only appears in a post-credit scene as if to tease his larger role in the MCU. Similar to how Thanos was teased across multiple post-credit scenes throughout the years. That tantalizing tidbit of Kang would be exciting, leaving fans itching for his next appearance. Whatever is the reality, we’ll know tomorrow, but we believe that Kang is destined for the Loki finale.

Marvel Studios allows characters to knock on death’s door and enter. Deaths like Pietro, Natasha, and Tony Stark came as huge shocks, and yet, Marvel pulled the trigger regardless. Metaphorically of course (sorry Pietro, I know you didn’t see that one coming!). Even Loki was not spared when it came to his brief appearance in Avengers: Infinity War. So it should not come as a huge shock then that someone may die in Wednesday’s finale.

One of the themes of Phase 4 has been grief and how to overcome it amongst our heroes like Wanda and Bucky. Loki has been no exception, further compounded that it’s his own pre-determined death he struggles to process before his journey begins in the TVA. The grief he felt for the loss of his family, specifically his mother, was the catalyst for him helping in their search for his variant. Therefore, it’s a strong possibility that another person in his life could die, motivating him into the next chapter of his life. But who could it be?

The two possibilities that come to mind are either Owen Wilson’s Mobius M. Mobius or Sylvie played by Sophia Di Martino. Either character’s death would have a lasting impact on Loki. He’s built a bond with both, the first people outside of some Asgardians that he has had a seemingly normal relationship with. Therefore the emotional punch to both Loki and the audience would linger long after the screen goes black. A death could either soften Loki even further, cementing his destiny as a hero. Or inversely continue to jade him towards the world.

As Mobius candidly put it “You’ve literally stabbed people in the back, like 50 times.” Loki, eager to gain trust with a sly smile and stating, ‘Well I’d never do it again!’ indicated to me that some old habits die hard. As seen in Episode 2, Loki internally debates whether follow Sylvie through the portal as Mobius calls out to him. Ultimately he chooses again to let another person down.

Why do I feel like he or Sylvie have one last betrayal in them in the final moments? She’s a Loki, he’s a Loki. It’s anyone’s guess who turns on who.

“You have a choice Loki. Forgo the relationships you have forged and accept your glorious purpose. Or continue on this path and die along with your friends”. I see something along those lines being offered by Kang to Loki. Or whoever is residing within the castle. An offer that Loki would struggle with because his growth has changed his ambitions. A part of him has always wanted something larger than himself. A power that he does not inherently hold.

It seems easy.  Having it all by betraying the people he’s known for…. how long? A few days or weeks at tops. He was quick to send the Allfather Odin into early retirement, out of sight and mind. Surely it would be easy to cast away new friends when being offered the world. Or would Loki surprise us all and finally choose someone over himself. Especially when you consider how early in his timeline he was removed. My belief is that after an initial struggle, Loki would do what’s right for saving the world as well as his friends. However, what do you think? What other predictions do you have for the closing chapter of the Disney+ series?

Loki is currently streaming on Disney+. Look for the finale episode tomorrow!