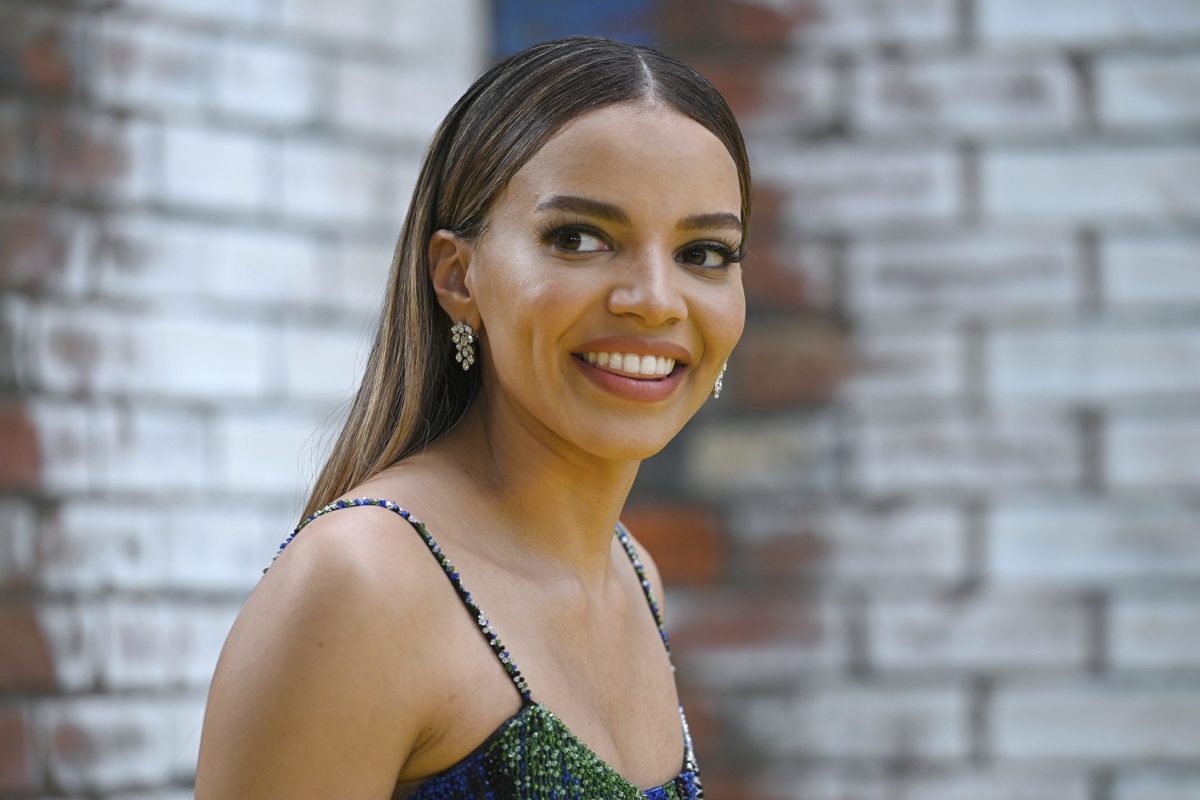 Leslie Grace has finally broken her silence following the news that she would be playing Batgirl in the upcoming HBO Max original film. Through all the years of news, with Joss Whedon joining then eventually leaving the project and new directors signing on, I felt like I was never really sure that a Batgirl film would ever get off the ground. But, Grace seems extremely excited to start on the film, and that much is clearly evident during her interview with ET yesterday (shoutout to Deidre Behar who ran the interview).

They had a chat with Leslie Grace yesterday while on the set of her music video shoot (because of course, this incredibly talented woman is also a music artist), and the publication had a couple of questions regarding the recent news of her casting. She mentions that WB buried the lede and surprised the star with the news that she got the role during a Zoom call that she thought was just another step in the audition process.

“They tried to make it like I was doing a final test, and then they sent me an email saying, ‘I’m Batgirl’ and had me read it. And I was just like, ‘I’m not reading that! I don’t know what’s happening right now!’ [Laughs]”

But what came next was the most intriguing part of the article. After following up about her audition process, she mentions a chemistry test with someone else.

“Yeah, I thought that I was doing a follow-up test. I had self-taped and I had read, did a chemistry read and I thought we were doing another read, like an in-the-moment read, and then they just had me read that line. It was insane. It was beautiful. It’s a blessing.”

Initially, when reading it, I assumed it would be a chemistry test with J.K. Simmons, who has recently been confirmed to be in talks to return as Batgirl’s father, Commissioner Gordon. Simmons had also played the character in both cuts of the Justice League film, and I am really excited to see him return. However, when asked about the news a bit later, Grace acted as though she wasn’t sure if Simmons would be in the film.

“I’m ready to learn a lot from J.K. Simmons. If you’re listening, huge respect and please play my dad! I hope you’re my dad.”

She does kind of contradict herself here, saying that she’s “ready to learn” from the Oscar-winning actor, but also insinuates that she only “hopes” that he is involved. It’s also very likely she’s only covering up and playing coy about the film, but I want to get creative for a moment, so please indulge me.

So because she mentioned that a part of the casting process was a chemistry test with someone who has already been cast, it probably means that person is very integral to the story at hand or at the very least will have a more substantial relationship with the character in the future. I wanna go over a couple of possibilities of who that could potentially be. While this is very likely not significant in any way, I’m just gonna let my imagination run wild for a minute.

Yeah, this is exactly how it’s labeled — a safe bet. While yeah she played both sides a bit while talking about Simmons or his possible involvement, I think she’s probably just covering her tracks. She probably had a chemistry test with Simmons playing Gordon, who will absolutely be involved with the story one way or another, and that’s probably exactly what she was referring to. So let me just take the chance to say that it’s awesome. We are going to live in a time with Jeffery Wright, J.K. Simmons, and Christopher Meloni all portraying James Gordon in different DC worlds. That’s pretty cool.

This is an immediate significant step down in terms of likeliness. I’m 1000 percent uncertain about Ben’s future as the caped crusader and it’s probably not an answer we are going to get until The Flash premieres next November, but there is always a chance that a version of Batman appears in the Batgirl film. I would even go as far as to say it’s likely we’ll at least get a cameo of a version of Batman in the film, but which version is a whole other conversation.

I HAVE NO CLUE HOW LIKELY THIS IS: Michael Keaton as Batman

Sure, I am basing most of this one on what some scoopers have said and those things have not yet been backed up. But, I am including this one because I want it to happen. Michael Keaton has been said (via rumors, grain of salt) to have a “Nick Fury-esque” role in the DC film universe’s future. I think the important piece of information to gather from such a rumor is that Michael Keaton might be returning as the character following his appearance in The Flash. And I think that if that much is true we could certainly theorize that maybe he’ll appear in the Batgirl film in a possible Batman Beyond type of role. That could be a lot of fun.

I am basing this off of two “facts” and definitely a little bit of speculation. Number one would be the fact that Smollet has recently been confirmed to be returning in an HBO Max project of her own, and the two share a lot of history as Birds of Prey teammates. Number two would be the speculation that the film could be adapting a certain story: Year One. Black Canary is a fairly prominent character in the Year One Batgirl storyline in the comics, so if the film is based on it, she could certainly appear and it could possibly mean a chemistry test would be necessary.

I HAVE LOST ALL PATIENCE FOR LIKELIHOODS: Nightwing (please)

I just want to see Dick Grayson appear alongside other prominent DC heroes and heroines so this could be the way. I understand that it’s a Batgirl film, and I entirely respect that, and I definitely don’t want the character to steal any spotlight from the lovely Leslie Grace, but I would love to see these two characters interact in their prime. There’s no reason that this would be likely at all, or that the character would already be cast in order for them to perform a chemistry test, but I just am desperate to slam Dick Grayson into any DC articles that I can. Help me, Chris McKay, you’re my only hope.

Now I know this definitely fell off the tracks a bit there at the end, but if nothing else I hope you enjoyed reading this because I definitely had tons of fun writing it. If I had it my way, Batgirl would be a 6-hour film with all of these characters appearing and interacting!

Batgirl begins filming in November and is set to premiere on HBO Max sometime next year. The film is being directed by Adil El Arbi and Bilall Fallah, written by Christina Hodson, and stars Leslie Grace as the titular character.