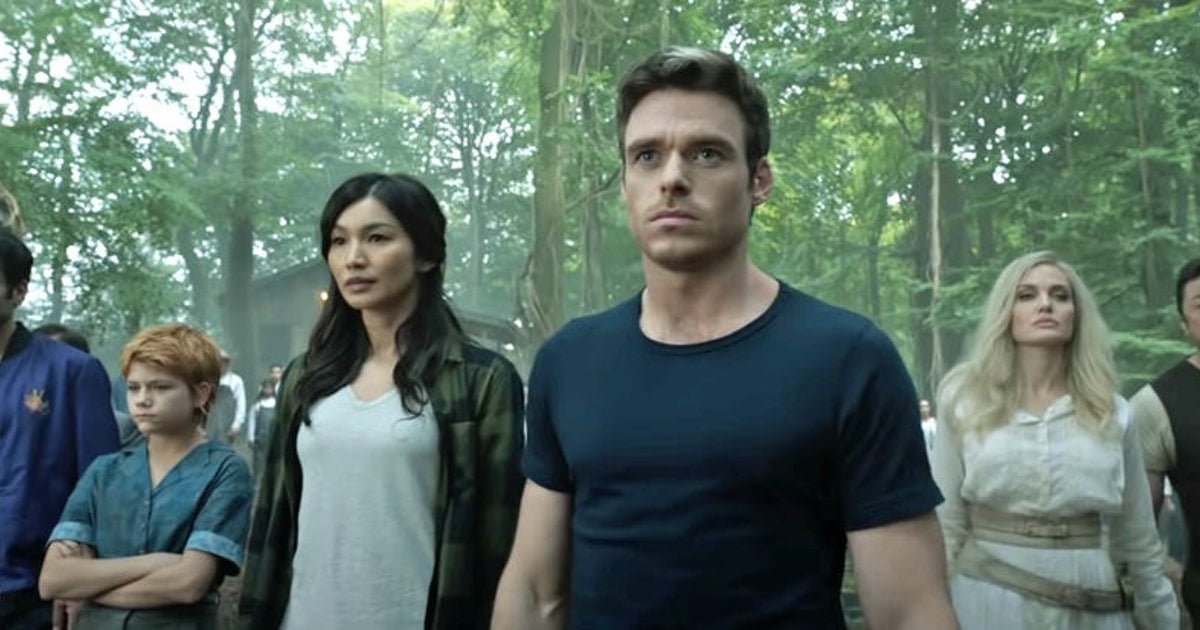 For actors that are in Marvel Studios projects, dodging questions and playing dumb seems to be a full-time job on top of the acting. It seems that anyone who appears or is rumored to appear is constantly asked questions about their involvement, much of who denies any involvement in fear of breaking their iron-clad NDA’s. And it seems that Dan Stevens is no exception to the denial pattern of behavior in a recent interview.

In a recent video interview with Steve Weintraub over at Collider, while promoting his new movie I’m Your Man, Stevens was asked about his rumored role in Marvel Studio’s Eternals. Dan Stevens slyly replied “Kro Comment” to the question followed by an awkward laugh at Weintraub’s “Wait, What??”. Dan stated “Kro Comment” once more and then stated that he was unsure if that was cryptic enough for everyone. The clip was only about forty-five seconds of the entire eleven-and-a-half-minute interview, but it was enough of a bread crumb for us Marvel fans. Here’s the clip for those who want to see the interaction for themselves.

Seems a lot like DAN STEVENS is Kro in #Eternals ??⚡️ pic.twitter.com/6SGkdP6w2N

Now it seems that one of two things could be happening in this short clip. It’s entirely possible that Dan Stevens is incredibly aware of the rumors that are spiraling about his involvement in the next major blockbuster from Marvel Studios and it just playing along. In a world of Charlie Cox’s who deny left and right about their involvement, to specifically name drop a character in the movie seems rather upfront. Something Marvel has shown they aren’t too keen on. So it could just be an actor having a bit of fun with fans, but has little to no involvement in the project.

However, it is also entirely possible that Stevens just gave fans an early Christmas present by slyly confirming himself as Kro in Eternals. Up until the moment this article is being written, the role of Kro has not been attached to any character, nor was his voice distinguishable from the one line spoken in the final trailer. At least, I wasn’t able to distinguish it as anyone specific. Though I think that Stevens would be amazing in the role. From Downton Abbey to Night at the Museum: Secret of the Tomb, he has been a strong actor that has given outstanding performances. As well he is no stranger to comic book adaptions, having starred in Legion, an FX original series that was a spin-off of the X-Men franchise. As well, he has performed motion capture before as Beast in Disney’s 2017 live-action Beauty and the Beast. So a role like Kro would be right up his alley. Either way, we will be finding out more about his involvement soon, as we are just over a month away from Eternal’s theatrical debut.