A Guide to Kang’s Identities A Guide to Kang’s Identities

Kang the Conqueror is a man named Nathaniel Richards from the 30th century. Nathaniel is believed to be a descendant of both Reed Richards and Doctor Doom, and shares their intelligence, as well as their tendencies for heroism and control. Equipped with technology from the future, Nathaniel realizes his unique potential to make the universe a better place across every time period. As he begins traveling through time to improve the multiverse, he adopts different identities and causes a number of divergent personas.

Before diving into his role in The Multiverse Saga, it’s important to understand Nathaniel’s main identities! Below is a brief introduction to each persona, along with their essential comics. Enjoy reading! In his main identity as Kang the Conqueror, Nathaniel’s future-tech battle armor improves his physical fighting abilities. He also has access to the most advanced equipment from any time period, including holograms, robots, and Damocles Base, a gigantic spaceship with a Death Star laser. Ravonna Renslayer is the love of his life. Rama Tut is a younger version of Kang Prime that went back in time for fun and got trapped in the past. Installing himself as a Pharaoh in Ancient Egypt, he ran into Apocalypse, as well as other time-traveling characters like the Fantastic Four, Doctor Strange, and the West Coast Avengers.

Rama Tut is known for an ultra-diode ray gun that can drain superpowers and free will from his victims. Like Kang, Rama Tut has his own iconic ship, which is disguised as the Sphinx of Egypt.

Eventually, Rama Tut escapes the past but gets lost in the time stream. A chance encounter with Doctor Doom inspires him to briefly create the Scarlet Centurion persona. After further time travel adventures, Nathaniel accidentally ends up trapped in the 40th century instead of the 30th. Using the technology of the far future, he adopts the identity of Kang the Conqueror, becoming Kang Prime.

In the far future, after decades of conquest, a 60-year-old Kang Prime returns to Ancient Egypt, resumes his Rama Tut identity, and rules his people with compassion. Now with a kind heart, Rama Tut devises a plan to defeat his younger Kang Prime persona. But after engaging in time travel once more, Rama Tut is lost in the time stream, eventually becoming Immortus of Limbo at the end of time.

Meanwhile, a Limbo time divergence caused a second Nathaniel Richards to appear in the 40th century. This version resumes his Kang identity and begins conquering time yet again. While Nathaniel Prime was traveling through time as Scarlet Centurion, he inadvertently created a new Scarlet Centurion variant on Earth-712. After an extensive war with the Squadron Supreme and conquering the universe, this variant died a peaceful death in the 42nd century as the most powerful man in existence. Immortus is the final version of Kang, the master of the timeless realm of Limbo, and the inspiration for He Who Remains in Loki. After Nathaniel travels to Limbo at the end of his long life, he begins studying branching timelines under the tutelage of the Time-Keepers. Like the TVA in Loki, Immortus uses “Space Phantoms” to curate timelines towards a specific endpoint, either through manipulation or pruning them altogether.

As part of his meddling, Immortus is responsible for masterminding many events in the history of the Marvel multiverse, often fighting past versions of himself. Immortus has long struggled to erase the Scarlet Witch’s children from the timeline but continues to fail.

Because of the unique nature of Limbo, there is only one Immortus across the multiverse. He lives in a citadel at the end of time and has a Psych-Globe filled with the memories of dead Kang variants. 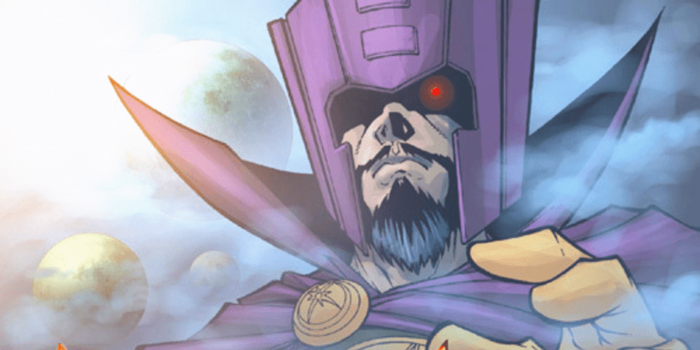 Iron Lad is the youngest identity of Nathaniel Richards. At the age of 16, Nathaniel traveled back in time after learning about his horrific future. Arriving during an era when the main Avengers had disassembled, the young Nathaniel triggers an Avengers failsafe program that assembles a new generation of heroes.

As the Young Avengers, the new team helps Nathaniel fight his destiny of becoming Kang the Conqueror. Unfortunately, after the death of his love Cassie Lang, Nathaniel becomes the villainous Kid Immortus. It is implied that this version of Nathaniel is still destined to become Kang Prime. Frustrated with his constant defeats, Kang travels to the hills of Wisconsin in the 1900s for a brief respite. He starts a revolutionary robotics company as a human named Victor Timely and builds Kang’s headquarters of Chronopolis.

Posing as Victor Timely and his descendants, Kang uses the Timely personas to study the Avengers and manipulate human events across the 20th century.

Mr. Gryphon is a time-divergence of Kang that gets trapped in the present day due to a “glitch” in the timestream. He uses his knowledge of future technologies to create Qeng Industries, even reprogramming the Vision to fight Avengers. He also buys Stark Tower, which could be a potential story point in the future of the MCU.

And those are the main identities of Kang the Conqueror! Which Kang identities do you predict to see in the MCU? Let me know on Twitter @vinwriteswords and remember to follow the site @MyCosmicCircus  or join our Discord for more Kang content coming soon! Check out our complete reading guide to get the full story on Kang!