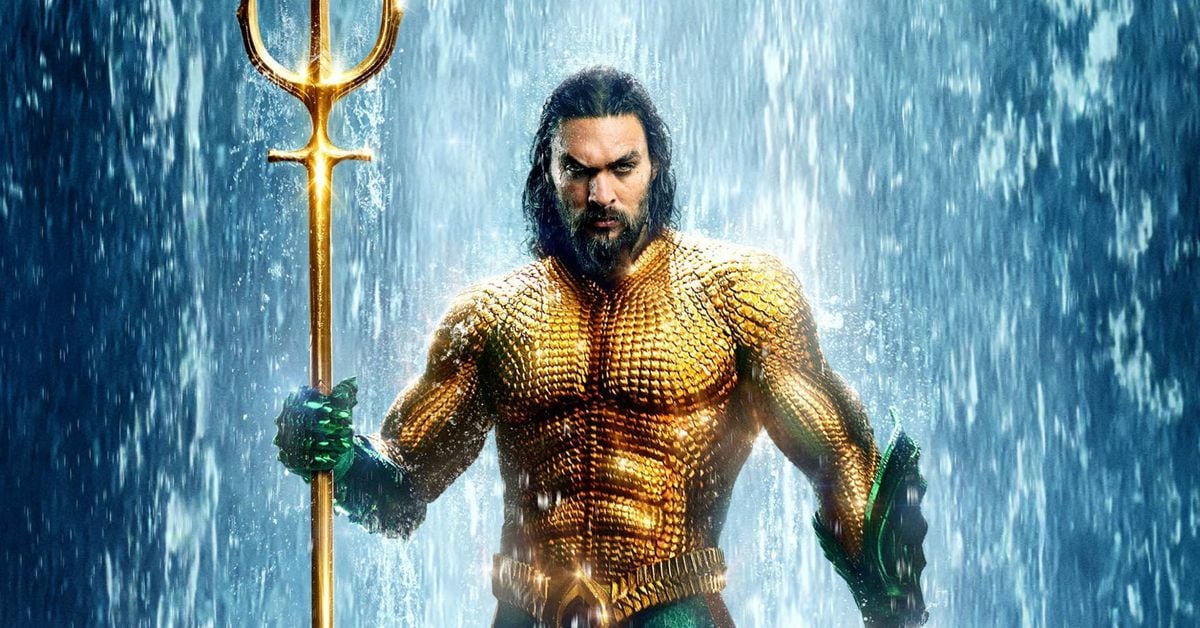 With the production of the sequel to 2018’s Aquaman well underway in London, which principal filming beginning back in June, not much information has been provided or shown by the cast and crew of the film. Fans have an idea of the returning cast as well as the working title of the film (Necrus), however details about the plot or how the film connected to the larger DCEU has been scarce. It seemed likely that pictures or information (or even a trailer if we were lucky) for Aquaman and the Lost Kingdom would come when DC Fandome launched in October of this year. However, James Wan must have looked at our Christmas list and gave us a couple o behind-the-scenes looks at the production of the film.

In the first, Wan posted two pictures straight to his Instagram (@Creepypuppet) page of our favorite King of Atlantis in all his glory. The first photo showed Jason Momoa in his traditional Aquaman suit, the one that he earns by the end of his first solo film. I will say that the outfit does look a bit more refined than the previous one, with the gauntlets and boots looking a bit different between small flairs and slightly contrasting colors. However, the biggest shock moment from the Instagram post was the first look at a second suit that Arthur Curry will be rocking. Called the stealth suit, Momoa is shown a suit that looks like a twin to his regular costume, though with a completely different color scheme. The stealth suit is mostly black, but with a copperish-brown accent color to his shoulders, boots, the sides of his pants, and his belt. As well, he isn’t wearing any gauntlets in the photo, and his boots are sleeker, instead of the fish-like fins that his traditional suit has on the sides. Wan wrote on the Instagram story,

“Here’s @Prideofgypsies in the classic #Aquaman Suit AND a sneak peek at his other outfit- The stealth suit. Atlantean tech based on cephalopod’s camouflaging ability. David Leslie Johnson and I were inspired by the 80’s “Blue Suit”.”

It’s exciting to see Wan mentioning the reason and technology behind the stealth suit, which feels natural to the history and experience of the world that we met in the original film. The blue suit that he is referring to is from a four-part limited series from 1986, where Arthur Curry wears a similar stealth suit. However, instead of black and copper, the suit is bright blue and white. Which seems less camouflage-like than the black. Could this signify that Arthur is making his way into the trench, an area that is dark, mysterious, and scary? That could be why they went with the black color scheme instead of the traditional blue.

Today, another image was released on his Instagram, showing the director (Wan) standing with the Ocean Master himself, Patrick Wilson.

In the photo, Wan is wearing his beach best, with a California shirt, light flowy pants, sandals, and some shades that John Lennon would be proud of. Patrick Wilson on the other hand is wearing similar pants to the director, however, they are caked with dirt and grime. He is shirtless as well, with a physique that rivals even Momoa. He has extremely long, stringy brown hair and facial hair. He looks like he washed up on shore, having been stranded at sea for a long time. Perhaps it means that Ocean Master has escaped after his imprisonment at the hands of his half-brother Arthur. My guess is that he won’t be happy or silent for long.

Aquaman and the Lost Kingdom is scheduled to release on December 16, 2022.