James Gunn on Pitching and Casting ‘The Suicide Squad’ 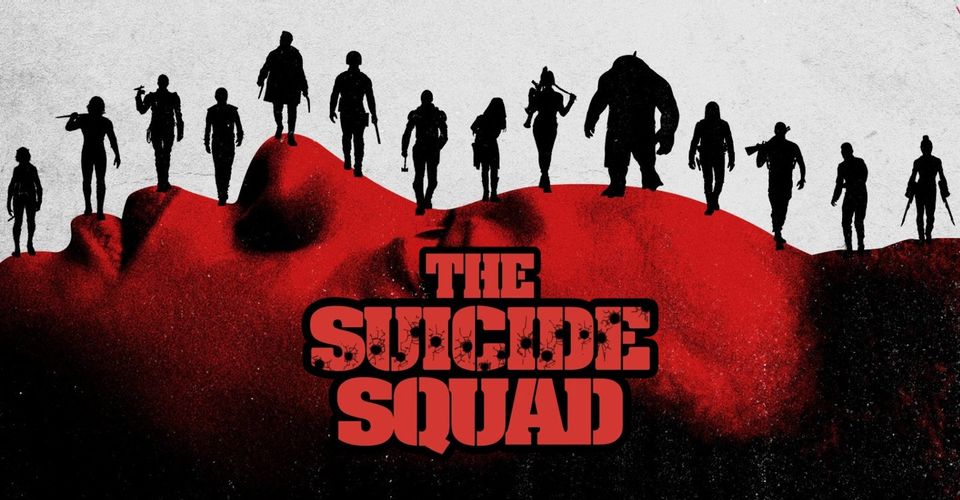 James Gunn on Pitching and Casting ‘The Suicide Squad’

The Suicide Squad marks the beginning of a huge comeback for James Gunn. After the Guardians of the Galaxy director was fired from Disney for controversial old tweets, Warner Bros. swooped in and hired his talents for their DC catalog. Now, with DC’s The Suicide Squad, Gunn is receiving “the best reviews of [his] career.” But in a new interview with The Hollywood Reporter, Gunn confesses that the best feeling is actually that “I’m just really proud of the film. I really like the movie. I loved the process of making it. I loved the people around me… Focusing on that instead of focusing on what’s outside [is] a different way for me to look at my career”.

It’s a huge interview that covers everything you’d hope it would, including pitching The Suicide Squad, managing his spectacular cast, developing the Peacemaker spinoff series, comparing the management of Marvel Studios to DC Films, and what could come next for the superhero mastermind after he’s done with superhero franchises. I’ve split it into two parts for easy reading, so grab a coffee and get comfy!

To pitch some of the most obscure DC characters to WB, Gunn says he “brought in pictures of all those guys” and that “the pitch was almost exactly what the movie was” although the pitch had “a little bit of a darker ending” compared to the final movie. In a fun aside, Gunn even compared the wacky obscurity of The Suicide Squad to his Guardians of the Galaxy pitch at Marvel Studios:

“It was pretty similar, actually…[Kevin Feige] was really excited about that Walkman…I don’t want to be making a movie with a studio where they aren’t excited about making my movie with me. That would really bum me out.” 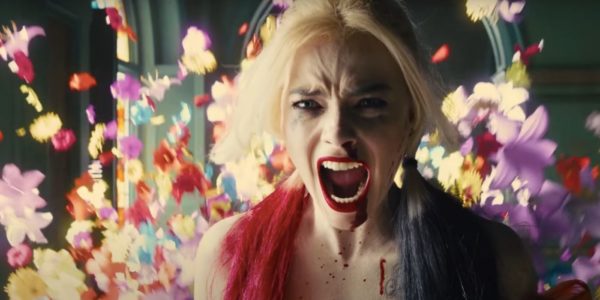 Regarding Margot Robbie as Harley Quinn, Gunn enthused how much he loved working with Robbie but still mentioned how they needed to make some “adjustments” to the character to match the tone of The Suicide Squad. Gunn also elaborated on how she fits with the rest of the team, specifically fellow mega star John Cena and newcomer Daniela Melchior.

“[Margot Robbie]’s probably my favorite actor I’ve ever worked with [alongside] Glenn Close and Chukwudi Iwuji…She’s a fantastic actor, she’s a fantastic comedian, and she’s a fantastic athlete [which] makes it very easy for me. But [this movie] is more of a naturalistic acting style than what she’s done as Harley in the past. So there were some adjustments to be made to her performance and to the character.

“John Cena is exactly the same way…these incredibly famous people, who just don’t have a chip on their shoulder [are] rare…It was great bringing Daniela [Melchior] into this group of people. She’s a young person who’s starting to achieve this level of fame, and all the mentors around her are people like that, which was a really cool thing to see.”

Gunn also said that he “feels” Harley Quinn’s character. Although he’s usually “shied away” from interpreting “really popular”, “fully actualized” characters in favor of creating his own, he felt that Harley “was a different thing.” Gunn reveals that he “felt like I was able to become Harley while I was writing. And it’s a terrible, wonderful place to be”.

As a fun aside, Gunn noted that Harley’s “twirling guns and screaming flowers” rampage was detailed in the script “from the beginning” and that he storyboarded the full sequence himself. Interestingly, he hopes the audience “feel[s] like you’re at the peak of it three-quarters of the way through, and then it goes up a level beyond where you think it could go.” Speaking about the scene with the lock and key, Gunn revealed that Robbie actually “was able to just instantly grab the key with her foot and then twist herself backward to put the key in the lock from the one-shot” without needing a stunt double for the amazing scene.

To commend the talents of Idris Elba as Bloodsport, Gunn quoted his brother Sean (who plays Weasel and Calendar Man in The Suicide Squad and Kraglin and Rocket’s performance capture in Guardians) as saying “‘What I love about Idris [is that] usually these people are pretend assholes. But Idris is a real asshole in [the prison] scene! He’s very uncool to his daughter.’” James said that the “raw and realistic” prison scene with Bloodsport’s daughter (played by Storm Reid) was the cornerstone of the movie’s tone.

“Two human beings interact in a real way that’s very dark, but also funny, real and dramatic. So that really sets the tone for the rest of the movie. Without that scene, the stuff between Bloodsport and Ratcatcher 2 doesn’t work. The stuff with Harley and Luna doesn’t work…that’s really the scene that grounds the whole rest of the film.”

When casting the pivotal role of Ratcatcher 2, Gunn conducted an exhaustive search for the perfect actor. He even compared the rigorous casting process to that for Chris Pratt as Star-Lord and Pom Klementieff as Mantis in the Guardians movies, both of whom have become iconic in their roles. Gunn scoured the Earth to find the right actor for Ratcatcher 2, considering everyone from established actors to unknowns. When he saw Daniela Melchior’s iPhone audition, he recognized her natural talent and called her in for a screen test.

“We knew that was an important role, and I always get excited by creating these roles for people that maybe haven’t had an opportunity…I felt like that with Star-Lord [and] Mantis…With Ratcatcher 2, we looked at at least 200, probably more, different people from all around the world…Daniela, she just sent me her reading on an iPhone…there was just something about it that was so natural, so unforced…I saw just this little glimpse of what a natural actress she is. And then she came in and screen tested with two other people, and I knew immediately.”

Speaking to the lessons he learned while filming, Gunn said that filmmaking is “always an experiment” where “the results are born in the [editing] lab”. He revealed that while “it came together very easily” he still cut out “chunks” and “more twists and turns”, like a 10-minute Harley solo adventure in the middle of the movie. Gunn chose to remove these scenes because ultimately they were “pushing audiences away” and Gunn wanted the movie to be as inviting as possible. He even admitted that while he wanted the movie to be edgy and explosive, he was “maybe a little surprised” by the level of violence, possibly implying that some of the more gruesome scenes were actually cut out.

Although Gunn’s film carries over little continuity from 2016’s Suicide Squad, Gunn admitted that he was “really jealous” when David Ayer got the original job, because of how much Gunn loves The Dirty Dozen (a significant influence on the Suicide Squad series). But now Gunn has nothing but warm things to say about the positive relationship he’s built with with Ayer.

It’s so cool seeing James Gunn back in the game and loving what he’s doing. From pitch to cast to edit, The Suicide Squad was a total blast ( check out my review here !) and there’s going to be so much more in the near future. Check out the second part of my breakdown if you haven’t already, for more from James Gunn on Marvel vs DC, Peacemaker, and the future.

The Suicide Squad is in theaters and on HBO Max now. The spinoff series Peacemaker will release exclusively on HBO Max in January.