The Origin Story of Jake Lockley 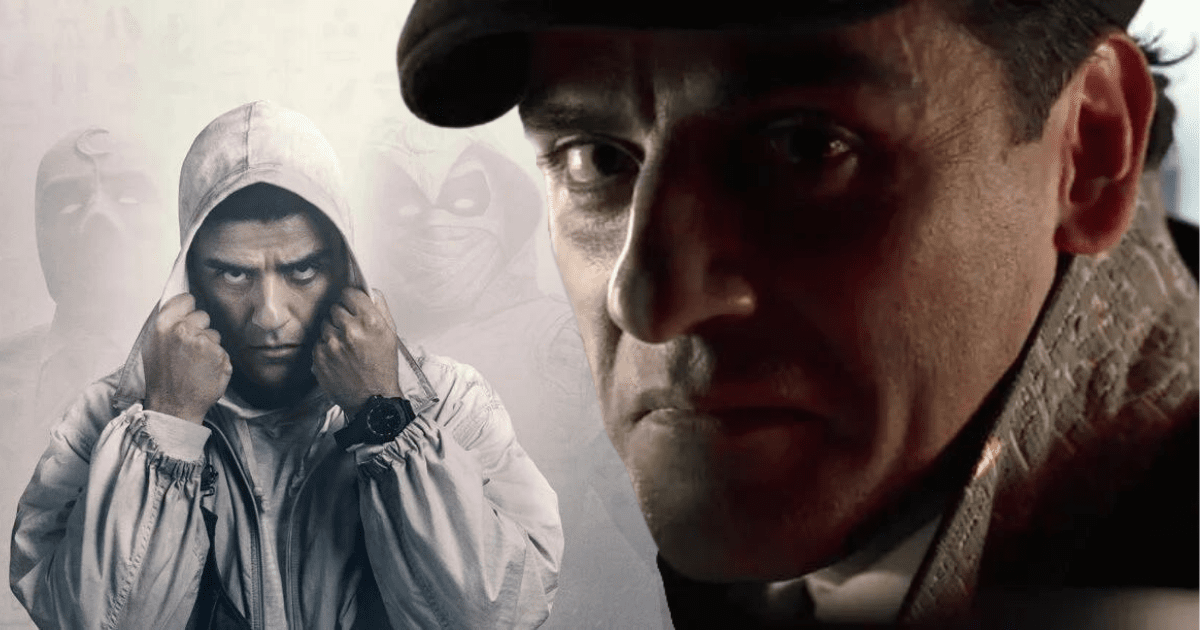 The Origin Story of Jake Lockley

It’s been a little while since Moon Knight wrapped up on Disney Plus, and it was a pretty exciting 6 episode run. The show was really dense with information, trying to constantly teach its audience about how the mind of Marc Spector and Steven Grant worked all while trying to tell an external story about judgment and morality. The show was at its most compelling while dissecting the mental inner workings of the main character with DID, as portrayed masterfully by Oscar Isaac. One of the most interesting mysteries of the series came in episode 3 when Marc and Steven both interjected that they both were lacking control for a short period of time. So, who was really in control at that moment? It seems this was the first evidence we see of a much-anticipated third alter, Jake Lockley.

In the final moments of the season, it was revealed that a third alter has teamed up with Khonshu to do his bidding without the knowledge of Marc or Steven. It was a great moment of validation for fans, who’d been anticipating the arrival of Lockely from the very first episode. But it also answered that lingering question regarding who else is sharing the headspace.

The show went to great lengths to evaluate and explain just exactly how Marc and Steven got to where they were, and how Steven was manifested due to the trauma of losing his brother and the abuse he received at the hands of his mother. So, if Moon Knight does get another season or appearance somewhere, will they explain Jake Lockley’s origin story? Could the seeds have already been planted for it?

WHERE DID JAKE LOCKLEY COME FROM?

Considering how Moon Knight established the logistics of an alter manifesting, it seems pretty simple: Marc suffered severe trauma, and Steven was born to cope with the trauma. Jake’s mere existence implies some sort of trauma that would make his existence necessary. Steven was born out of the abuse at the hands of his mother, and even though he’s inspired by an Indiana Jones-type hero Marc knew in his childhood, Steven has turned out to be a rather sensitive man. Steven’s personality could maybe be an indicator of that trauma, or maybe he is the way he is because of that.

So what do we know about Jake’s personality? Jake is only in the post-credit scene and it doesn’t give us a lot to go on, but based on that scene and the two times that Marc and Steven lost control prior in the series, Jake is a pretty brutal person. In those two sequences when Marc and Steven lost control, we saw him murder 3 people in episode 3 and make a mess of the courtyard when he defeated Arthur Harrow in episode 6.

Later, in his first physical appearance to the audience, he clearly takes great joy in putting a bullet in Harrow to end his life. Playing with the idea that an alter’s personality is indicative of the events that manifested them, what terrible events could’ve led to the emergence of Jake Lockley?

In the very same episode that we saw the event that birthed Steven, we might’ve seen the event that birthed Jake. The only other past event shown in Marc’s life beyond the death of his brother and the resulting relationship with his mother was a near-death experience in the desert. He’s nearly killed by his ex-partner Bushman and he’s given a purpose by Khonshu. But things become a bit more blurry and weird.

Steven and Marc obviously don’t even know about the existence of another alter, and I can’t think of an event as traumatizing as a near-death experience. I think it’s entirely possible that in those moments before his “saving” at the hands of Khonshu, his mind became more fractured under the weight of the stress and anxiety and fear that an event like that brings along. And then due to the new and unknown nature of the alter, Khonshu targeted Jake and manipulated Marc’s mind to keep him hidden.

WHAT IS THE FUTURE OF MOON KNIGHT?

The series left Moon Knight in an odd place. Marc and Steven are no longer Moon Knight. Jake Lockley and Khonshu’s deeds seem to have been placed in opposition to the wants of our main characters. If the show moves forward, it’s going to have to face this head-on and deal with the idea of another alter doing something Marc and Steve don’t want. It seems like it would be the perfect time to go back into the past and identify what brought him forward, and these events they already showed us would be a great thing to touch back on.

As far as where the show could go, it seems like Bushman is an inevitable inclusion. Placing Bushman at a point where he is directly involved with the creation of the third alter would work very well just from a writing perspective, and is just really convenient. It would be the perfect thing to build on top of events we’ve already seen last season, and also bring new and fresh conflict and complex ideas to delve into. Either way, I’m ready to see some more Moon Knight soon.

All 6 episodes of Moon Knight are available right now on Disney Plus. Check out our reviews and other features and exclusives we had for Moon Knight here. The Cosmic Circus writer Brian Kitson also gave his psychologist perspective on the handling of DID and mental health in the article linked below!

So what do you think, could the series have already planted the seeds for Jake Lockley’s origin? Are his origins something even necessary to touch upon? Let us know in the comments or on social media!