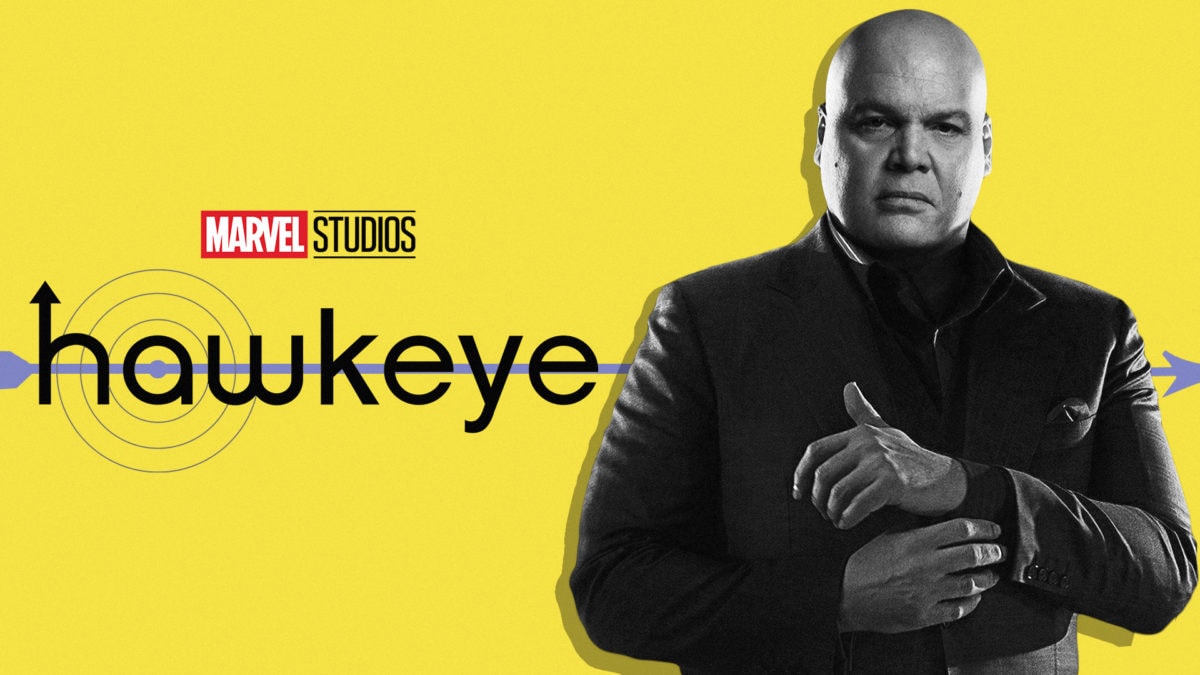 A couple of months back Marvel Studios Spoilers on Reddit dropped a very large, round, and, yes, juicy Hawkeye exclusive which you may have noticed I’ve been largely silent on (aside from our Discord). That’s because this is one elephant in the room that I already saw coming, but I couldn’t talk about it until now.

As occasionally happens, I was asked to keep quiet on this particularly massive spoiler, in the hopes that this quite literally HUUUGE secret return wouldn’t leak before the show airs. At this point, it seems it most definitely has leaked all over the white carpet (I mean, how could the Marvel snipers ever get that stain out now?!) It’s out, thanks to MSS, and a few others around the internet, not to mention a few interesting Instagram follows, and Mr. D’Onofrio’s own penchant for liking Tweets that seem to point to a certain king’s impending return – and I’m not talking about Aragorn from Lord of the Rings here.

So now, I’m just here saying that yeah, that spoiler-laden bowling ball has been aimed true, and a loud echoing strike has been made. It’s true. Vincent D’Onofrio is returning to his Marvel role as Wilson Fisk. Although, he may look a little “larger than life” than you remembered when you next see him.

Also, as has been reported, I will confirm that Kingpin will be large and in charge first via the Hawkeye series. I’m sure that won’t be the last we see of him either. See my post from July 5 about the Echo series for some ideas about where and why he shows up following Hawkeye. You might also admire my talent for dancing around what I actually know but can’t actually say, while you’re there.

You might say this is old news or wonder why I’m saying it now and not before. Well, I’m tired of trying to avoid talking about it, to be honest, and with a certain amount of begging and pleading, I was finally freed of this gigantic obligation to be quiet about it. This is the frustrating thing about knowing stuff, about these projects, and needing to respect the source’s wishes, and not talk about things publicly they don’t want you to. Because I can’t come out and confirm things sometimes I know about. And yes, I have lost quite a few massive scoops because of it. But I’m not here to whine and cry about spilled milk while I coldly stare at my “Rabbit in a Snowstorm” painting. Moving on…

Vincent D’Onofrio’s Kingpin returning is an extremely exciting turn of events, and it’s out there already, so I want to talk about it. D’Onofrio as Wilson Fisk in that Daredevil Netflix series brought us an absolutely mesmerizing, emotionally engaging, at times sad, at times soft, often terrifying, brutal, conniving, all-around amazing villain. The current Marvel universe is going to be SO much the better with his addition/return to it. I am HYPED.

Does this mean the Netflix series and connected shows are confirmed all canon within the MCU? Wellllll… hold up. Because, while we have to wait and see how exactly they handle these additions, I’m also hearing more like it’ll be a soft reboot, than absolutely everything from Netflix being canon.

Moreover, I believe with the introduction to the Multiverse they can pick and choose what they like from what exists (including, possibly, from Agents of S.H.I.E.L.D.), and “soft reboot,” treating the former worlds as variant worlds for those characters. Just like they set up with Loki. So at the same time, they get to keep the actors and characters that worked well previously, just only slightly changing them to suit what they want in the MCU. That’s my theory on how that will all work currently anyway.

Are you excited to see Vincent D’Onofrio return as the Kingpin in Hawkeye and Charlie Cox returning as Matt Murdock in Spider-Man: No Way Home? How do you think Marvel Studios will handle the Netflix series? Completely canon or a soft reboot with the series as a “variant” universe? Let me know in the comments or on social media.