In Defense Of ‘Spider-Man 3’ 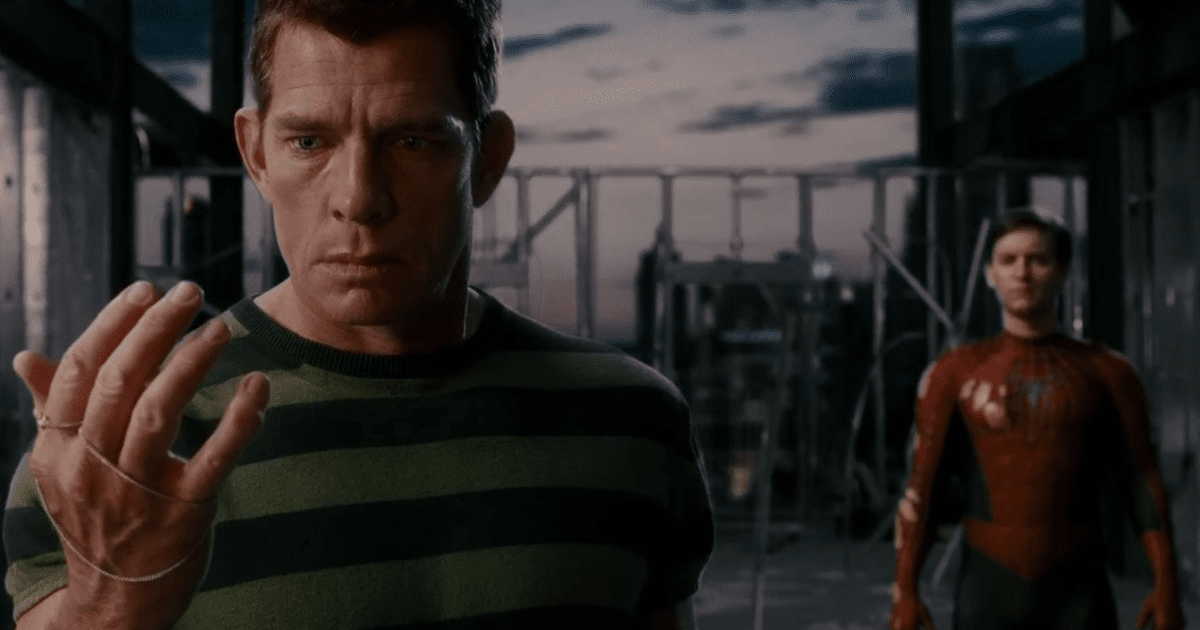 In Defense Of ‘Spider-Man 3’

When Spider-Man 3 came out in 2007, I was 4 years old and definitely had no concept of what a film should be. However, I did know what a film could be — and after seeing Spider-Man 3, I knew that films could be AWESOME.

I am self-aware and I am definitely aware of the fact that not everyone else was 4 years old when they saw this film. But, maybe after reading this, I can help you see this movie with the innocence and naivety of a 4-year-old. I do want to make it very clear, my goal is not to invalidate any criticism or to pretend that this movie is flawless – it isn’t. Even my favorite movies of all time have things that I would change about them. But, I do hope that anyone reading this might come out of the other end learning to be better at focusing on the positives.

As is tradition, Spider-Man 3 begins with a title sequence sprawling through webs and filled with credits to those who worked on the film. The title sequence IS slighted due to the lack of Alex Ross’ art to catch us up with what happened last, but it’s more than made up for with the introduction to the incredible new themes for our villains. Every time the themes kick in I sit up in my seat a bit. I feel like because of the lack of Danny Elfman, one could easily assume the score would be lacking. I think I can confidently say that this movie has the best score of the three films. While Spider-Man’s score is no doubt iconic and gets me just as excited, the way that the Venom and Sandman themes come in is just fantastic. The loud horns make your hair stand up on the back of your neck and the way that the Spider-Man theme cuts through it all, almost to remind you of hope is just incredible. The opening is fantastic.

Immediately after the opening, we get right to the mixed bag of character work. The way Peter is characterized in this story is super interesting. Throughout the last 2 movies, Peter has been relentlessly battered and put down by the films, almost to a comedic extent. Now, when we meet him, he’s on top of the world. NYC loves Spider-Man, he’s doing fine at work, and he plans on marrying MJ. Probably most importantly, he shows up to MJ’s show — something that was previously shown to us as impossible to do while Peter was Spider-Man. We get a great scene that shows MJ and Peter’s relationship as borderline fairy tale material, all for the movie just to drag us back down again. For once we get to see Peter and MJ happy before tragically pulling it all apart. That’s why I think the ending is just so meaningful. The choice to not end the film at the funeral just like the first, but to instead end the film with Peter and MJ dancing at the Jazz Club. MJ isn’t on Broadway, Peter isn’t worried about anything else — through thick and thin, these two are together. It comes across as incredibly hopeful, and I think the ending is one of the strongest parts of the film.

Harry Osborn is an enigma. A complete and total mystery. I think that when dissecting the villains of this movie it becomes pretty clear they didn’t know what to do with Harry. However, that doesn’t mean great things can’t come out of his story. Only about 10 minutes into the movie we have him lose his memory, and by the time we reach the midpoint of the film that didn’t even really matter. But James Franco doesn’t miss the opportunity to give a great performance. While it feels like there is a lot of character work for Harry left off screen (like when did he decide to become Goblin and when did he decide to justify killing others), Franco left nothing to be desired. He plays Harry brilliantly in all of his creepiness and mood swings. I think that Harry’s arc also leads to one of the best scenes in the trilogy when Bernard tells Harry that Norman undoubtedly killed himself. The earnestness with which Bernard breaks the news and the way that Harry reacts is great. The scene makes my eyes water every single time I see it.

Mary Jane is done incredibly well by this film. She’s actually given some characterization beyond Peter, and that is almost entirely why they break up before the end of the film. She goes through her own trials and tribulations, and Peter can’t see past himself as Spider-Man. She needs him to be with her, but even when he’s in her presence, he seems to be stuck in the clouds. I love that every time she brings up her own shortcomings or anxieties, Peter can’t help but to bring himself into it. He just talks about how much the city loves him, or how great he is at handling his own confidence. Mary Jane is truly put through the wringer in this film, and all she wants is for Peter to be there for her, and he isn’t. It’s almost a tragic mirror of the past films: Peter might finally be present at her shows, but he’s mentally absent when she needs him most. This pushes her to make the mistake of kissing Harry. I think that it’s something that a lot of people have issues with, but I think it speaks more about Peter than it does about either of the people in the scene. The fact that he isn’t there is the reason that it happens.

Sandman might be one of the best comic book movie characters ever. Not only is his character work perfectly tragic and concise, but every single scene that he is in also elevates the movie. In the scene where he’s introduced, we learn his motivation, his morals, and the fact that he may have killed someone. To top it all off, the scene can’t be longer than 5 minutes and it doesn’t feel rushed at all. As the film goes on, every time Sandman is in the scene, the film shifts. It feels entirely different like someone really knows what they are doing. Like when Sandman is on screen, you’re witnessing a craftsman or a piece of art. It’s absolutely incredible, and I would say that Sandman single-handedly makes this movie worth defending. I don’t even feel like I have to mention it, but I will anyway — the scene where Sandman gets his powers is one of the most beautiful scenes I’ve ever watched. The CGI is not only incredible, but I would even go so far as to say it’s nearly perfect. Every time this scene comes on I am glued to the screen and my jaw just drops. This is my plea to anyone who saw Spider-Man 3 a long time ago and doesn’t want to give it another chance — DO IT. Sandman makes this movie worth a second chance.

Now, I wasn’t planning on going this entire time without mentioning that character. Eddie Brock aka Venom is an interesting addition to this movie. Not only by way of him allegedly being forced in by executives but the fact that he is so clearly shoehorned in. While Black Suit Spider-Man plays a key part in Peter’s arc, Eddie Brock feels like an afterthought. Minus the third act fight, which adds nothing to the character, Eddie Brock easily has less than 8 minutes of screen time. Even then, 8 minutes is generous. But, they do manage to do something interesting through the introduction of Black Suit Peter. When they are in a scene together, it becomes abundantly clear that they are the same. When Peter struts the city, and he manipulates people to get what he wants, it’s the same way that Eddie carries himself. To nail that point home, Gwen eventually ditches Eddie to be with Peter, reflecting that the two are interchangeable.

With all things considered, I can safely say that I do love this movie. Even with its flaws, even with the Eddie Brock of it all, this movie is undoubtedly fun. The cast is phenomenal, the acting is great, the action is fun — do yourself a favor and go back and watch this movie. It’s okay to notice that some stuff doesn’t work (after all, art is subjective), but do your best not to let it ruin the movie for you. You might have some fun, and you might be like me and cry like a baby.